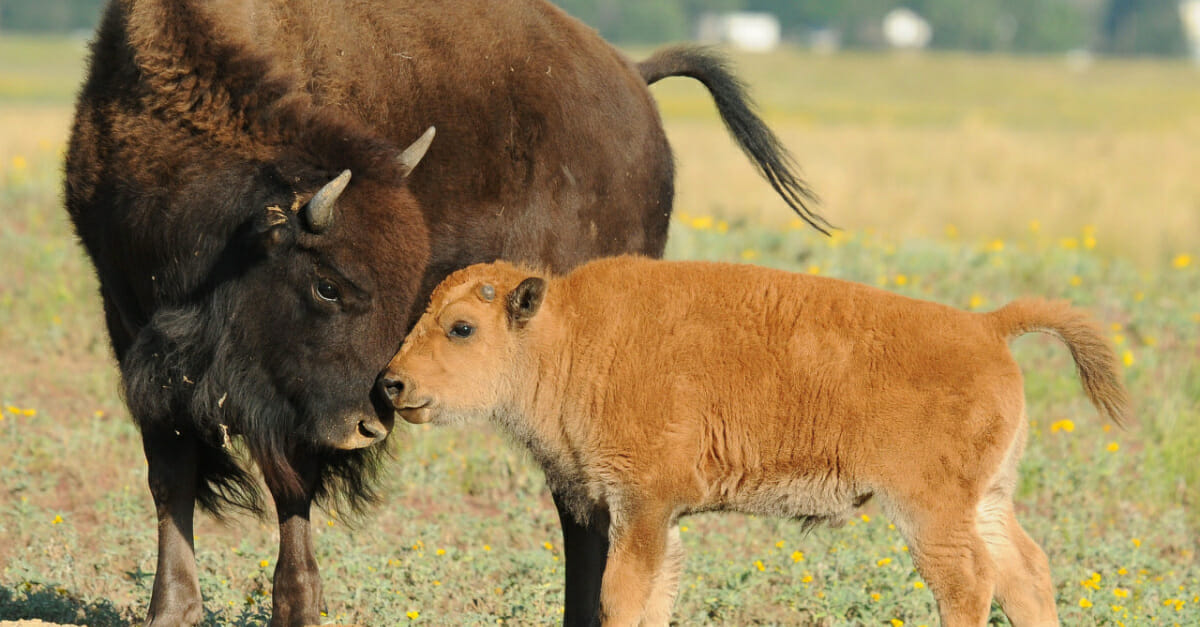 A fascinating yarn this morning out of Harvard:

Two decades ago Dolly the Sheep changed the way we look at science. Now, using similar technology, scientists at the world-renowned Harvard University have successfully modified the genes of an American Bison calf so that it breathes in CO2, and excretes Oxygen through its lungs, in a breakthrough set to revolutionise the fight against Climate Change.

By developing animals which breathe in carbon dioxide, scientists hope to produce an animal population which can offset the emissions produced by everyday human life – a sort of biological solution to a man-made problem.

The calf, which boffins have nicknamed “Cabbage” is a three-week-old female, and is currently kept in a modified enclosure which has extra CO2 pumped in artificially.

“The problem”, said Dr. Abe Rilsfuler, who is the lead scientist on the project, “is that there simply isn’t enough carbon dioxide in the natural environment to sustain her need for air at the moment. If Cabbage is the solution, she’s a solution to a problem that just hasn’t gotten bad enough yet.

Because Cabbage breathes in CO2, instead of Oxygen, the way she combusts her food is entirely different to other cattle. Instead of four stomachs, she has nine, and we’re still not sure what the ninth stomach does, because it wasn’t part of her genetic design. It’s kind of a natural mutation.

Scientists hope that Cabbage will prove to be a long-term solution to the problem of Climate Change.

“The good news is that so far she seems ideally suited to the burning hellscape that awaits us in ten years.” said Dr. Kum On, another member of the team who invented Cabbage.

“She prefers temperatures in excess of 50 degrees centigrade, and her body seems to literally suck in heat from any source it’s available from.”

Scientists say Cabbage is only the first in a series of genetically modified animals they are working on in a bid to tackle climate change.

“In the future we will all be eating Cabbages”, said Dr. On, who said the team was also working on a parrot called “Fintan” who would be genetically modified to preach endlessly at everyone.

Climate Activists have reacted badly to the news, with activist group Extinction Rebellion saying that it constituted “unacceptable interference with nature”.

“Besides, what will we do if Cabbage actually solves the problem? Maybe we like the misery – have they thought about that??”

Important: How to make your own facemask, at home