Bad News from Mrs. McAleese: She doesn’t much like the church 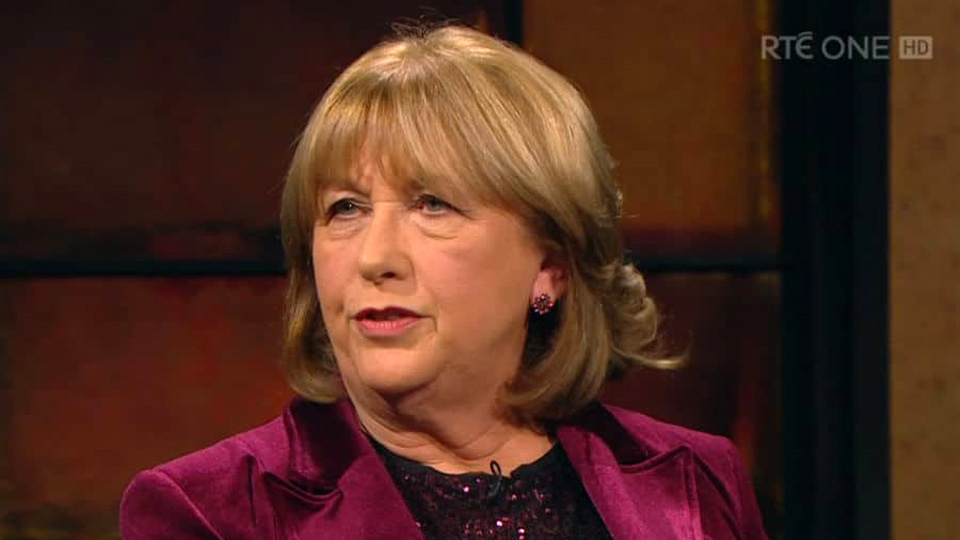 A bit of a hangover from yesterday, which we didn’t get around to, but worth writing about anyway. Honestly, Mary, you’d be so much happier if you just left the Church and became a Protestant. Or a Muslim. Or a Hindu.

Literally anything really. Why is she doing this to herself?

“These are not rare or exceptional cases. There are tens of millions of them every year. They die by clinical abortion, spontaneous miscarriage, still-birth or from fatal conditions which cause them to die in utero or soon after birth. The vast majority are unbaptised,” she said in an article for the current edition of the Tablet weekly.

What she seems to be doing is trying to attack the Church’s anti-abortion position by saying that it’s hypocritical. On the one hand, she says, the Church is the most prominent pro-life organisation in the world, campaigning and speaking out against abortions in every country in which it has a foothold. But oho!, she says, that’s hypocritical. Because the church refuses, according to her argument, anyway, to admit the souls of miscarried children into heaven.

In other words, because there’s no clear guidance on whether an unborn child has a soul if they are miscarried, then it’s hard for the church to argue that deliberate abortion is wrong, because, well, that would be inconsistent.

It’s the kind of dumb argument that sounds smart to a person who really wants to have a go at the Church over its pro-life position. But there are a number of problems with it.

First, whether you are Catholic, or Protestant, or anything else, the fact is that if you believe in God then you cannot believe that any church controls who gets into heaven and who doesn’t. That’s solely a matter for the creator himself. He (or she) does not hand down a list of who’s in and who’s out, on a monthly basis, and inform Pope Francis. Nor does he or she regularly take calls from the Pope in which Francis can argue for heaven to change its position. The most a church can do, when it comes to matters of souls, is say what it believes.

And to take the former President at her word, there’s absolutely nothing inconsistent about believing that unborn children are less likely to enter heaven, and opposing abortion at the same time. It’s actually the opposite: It’s consistent. If you believe that a child who is not born may not make it to heaven, then campaigning for them to be born is the proper and religious thing to do. Even if the Church’s position on these matters is exactly as she says it is, there’s no contradiction. She’s making a stupid argument. In fact, by her logic, the Church shouldn’t have a particular problem with abortion in the case of Muslims or Hindus or Jews, since those children aren’t going to be baptised anyway. But of course, the argument against abortion that the Church makes is that “all life is sacred”, not “we want these children baptised”.

But it’s not just stupid. It’s also wrong. Here’s a direct quote from the Catechism of the Roman Catholic Church, paragraph 1261:

1261 As regards children who have died without Baptism, the Church can only entrust them to the mercy of God, as she does in her funeral rites for them. Indeed, the great mercy of God who desires that all men should be saved, and Jesus’ tenderness toward children which caused him to say: “Let the children come to me, do not hinder them,” allow us to hope that there is a way of salvation for children who have died without Baptism. All the more urgent is the Church’s call not to prevent little children coming to Christ through the gift of holy Baptism.

In plain English, then, the Church’s position can be summed up as “baptism helps, but we hope that all children go to heaven”.

The idea that the Church says otherwise is simply imaginary. There aren’t Priests wandering around, these days anyway, preaching that unbaptised babies are condemned to eternal damnation. She’s making it up.

Anyway, she wants the whole thing cleared up, she says. Here’s more:

It’s all so remarkably tendentious. On the one hand, she wants the Church to declare that the unbaptised have a right to salvation. But what, in that case, would the purpose of baptism be? Assuming you believe that baptism cleanses the baptised of their sins, which Catholics do, then what’s the need for it if it’s not necessary to enter heaven? She’s essentially arguing for its abolition.

On the other hand, it’s also an argument that completely ignores what the Church, and the Pope, actually says about this stuff. Don’t believe me? Watch this clip of the Pope comforting a child whose father died an atheist. Does my non-believing father go to heaven, the boy asks:

The Pope’s answer is very clear: Yes, if Dad was a good man, God will want him close by.

So what McAleese says the Church isn’t teaching is, in fact, what the church is already teaching.

But of course, none of that is the point. She made a big song and dance two years ago about “proudly” voting yes in the abortion referendum. She has to justify that decision with her increasingly tortured Catholicism, and this is the easiest way to do it – by inventing a hypocrisy that makes her own position feel more consistent.

Well, if it helps her sleep at night, so be it. I still maintain she should just take up Anglicanism. She’d be much happier, and the rest of us wouldn’t have to listen to her increasingly deranged assaults on her own Church.

Archbishop of Dublin: These Catholics are dreadful racists, you know

WATCH: Eel Fisherman dumps thousands of Euro worth of fish as the state’s total ban on eel fishing continues