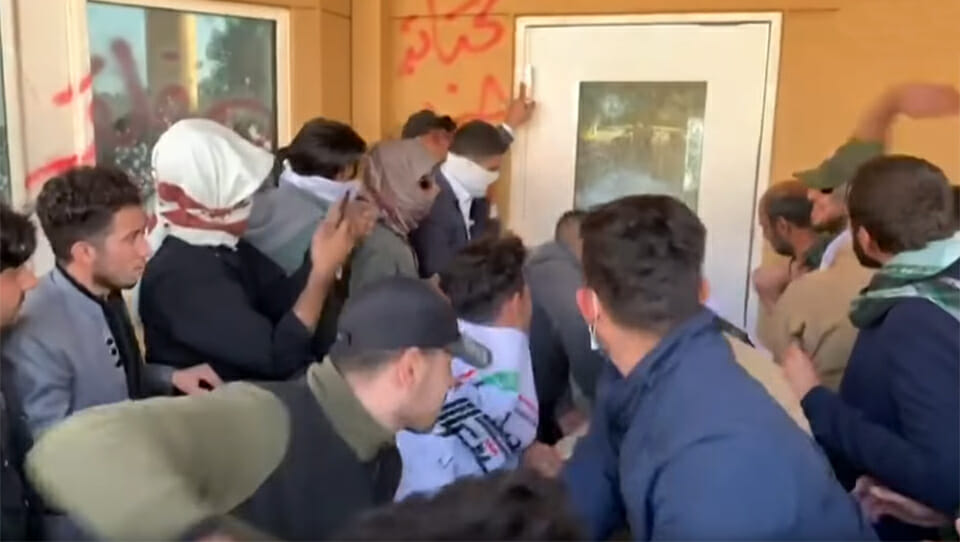 US soldiers are currently firing tear gas and stun grenades from the rooftop of the US embassy after hundreds of Shia protestors stormed the Baghdad compound following airstrikes on pro-Iranian Hezbollah forces which killed 25 militants on Sunday.

Protesters, including some wearing militia uniforms, descended on the embassy after the fighters’ funerals this morning, causing the US ambassador and staff to evacuate the building. Warning shots were fired by US soldiers in an attempt to deter the crowd, but fires can now be seen within the compound as the riots continue.

Before moving onto the roof, the under-siege soldiers were within meters of the protestors with only thick bullet-proof glass protecting the building. The yellow flags of Hezbollah can now be seen flying on the perimeter of the compound.

The US military had conducted strikes in both Syria and Iraq against Hezbollah forces who they believe were responsible for the death of an American contractor last week.