Black women matter – except when they are socially conservative 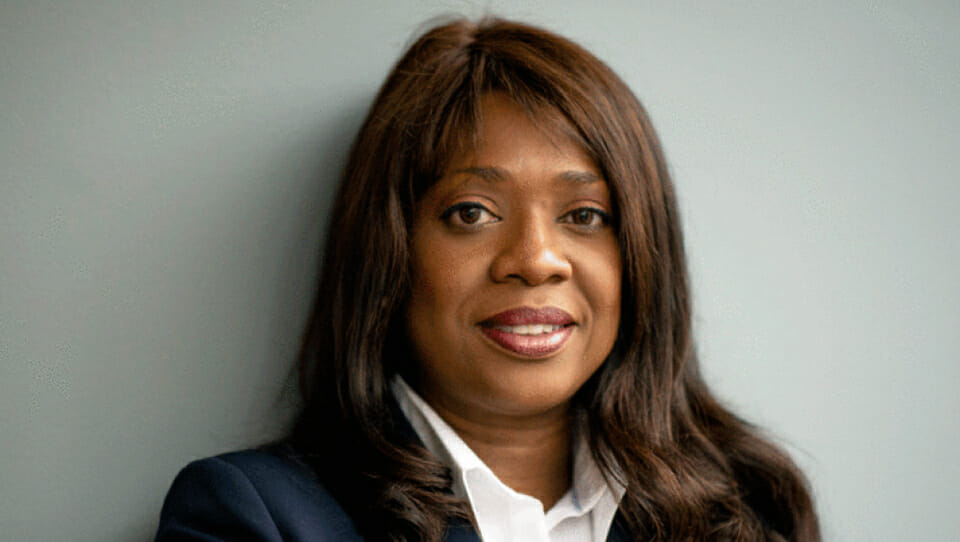 Canadian media is obsessed with identity politics. Percentages of women, non-white and the sexually diverse in politics are routinely analyzed. The unprecedented global focus on anti-black racism since the murder of George Floyd has brought this to a new level.

In the middle of the racial ferment a black woman, Leslyn Lewis, is running for leadership of the Conservative Party of Canada. That means she wants to be our next prime minister. She wants the top job.

She is one of four candidates, all lawyers. The others are Canadian-born white men with experience as elected politicians. She is Jamaican-born and has never held elected office, probably because she was too busy. She is a mum of two, runs a law firm, has two Master’s degrees in environmental studies, a doctorate in law, is a human rights activist, and has been a television host.

She is the first non-white person to make a bid for leadership of either of the two parties – Liberal and Conservative – that have ever formed the government of Canada. As for female leadership, only once and very briefly (in 1993) was a woman elected leader of either of these two parties and been prime minister.

Yet this historic first is getting scant attention from our identity-mad media. Black power seems to be OK on a placard but not in a person.

A top political affairs radio show focused on “The Pandemic of Racism” interviewed her but described her as a “Toronto lawyer” while describing other interviewees as “Black politicians”. Omitting to note her colour in this situation seems racist.

In the interview, Lewis criticised the political correctness that allowed our current hip, highly photogenic, loudly feminist white male prime minister, Justin Trudeau, to get away with his blackface history while forcing former Conservative politician Stockwell Day to resign recently from three company directorships for disagreeing that there was “systemic racism” in Canada.

Lewis said she forgave Trudeau his past “horrendously racist” behaviour, but questioned why he remained Prime Minister while someone else had to resign positions for merely disagreeing about the nature of racism in the country.

For this, Lewis was censored by the government: her widely-shared criticism of Trudeau’s past behaviour and her forgiveness were cut from the interview by the CBC, our state-funded national broadcaster. (The cut segment is here: 1:15- 2:13)

It seems that prominent white people get a lot of photo-op mileage out of apologizing for race related “mistakes”. Trudeau conducted a highly televised black face regretathon, including an extremely cringe-worthy, “I feel your pain” style apology to young black twin sisters. A leading white female journalist is getting a lot of coverage for apologizing for using a “word that should never be used”. Now pundits and cameras internationally fixate on Trudeau “taking a knee” in a Black Lives Matter protest, violating his COVID mantra that we are “in this together” and must “go home and stay home.”

So why is Lewis being downplayed by the identity folk?

Lewis is not only a black woman, she is also labelled a social conservative, or “so-con”. This means she is not aligned with officialdom on issues related to sex. Black power-women are supposed to be pro-abortion, even though disproportionate numbers of the aborted are female and non-white. Abortion has reduced the number of black lives that matter.

When black women who do not perform as the system requires, the ones in charge of the system with its systemic racism and sexism will withhold approval, acceptance, access, affirmation, and all the related perks.

However, Lewis is calmly up-front about her take on supposedly toxic, undebatable issues. She does not employ the somewhat paranoid and polarizing hyperbole characteristic of much so-con commentary. “No hidden agenda,” she says and outlines plans to end sex selection and coerced abortion, and funding abortion overseas.

She would ensure that parents and pastors are not criminalized by “conversion therapy” laws for talking to children about sexual issues. She has vigorously defended sexual minorities in court and won’t reverse redefinitions of marriage, but neither will she be “using the gay community” to advance her career by marching in pride parades.

It is interesting to see how dogmatic anti-so-con folks in the media handle someone who articulately disagrees with them on their dogma. Identity politics protocol means she is, in a sense, beyond reproach. Anyone using the usual tactics – sneering tone, accusations of bigotry and phobias – will look very bad. Her views will have to be allowed airtime, especially with millions marching against systemic racism.

Here, the culture wars have caused all the other large parties to become fanatically puritanical in their pursuit of diversity. They now ban any of their elected politicians or candidates to deviate from righteous support of “women’s right to choose” and other positions so-cons question.

This may give non-Canadians the impression that all Canadians espouse these views. But that is not the reality. For example, very few Canadians support abortion on demand for any reason at any gestational age. Very few support legislated gender pronouns. Many immigrants of various faith persuasions and many indigenous people have so-con leanings, as do many others who do not necessarily vote Conservative. It’s just that these widespread views lack political power and are grossly underrepresented in the media.

So-cons are at least permitted in the Conservative Party, but even there they are controversial. Another leadership candidate, Peter Mackay, blamed the out-going party leader of losing the 2019 election because so-con views “hung around Andrew Sheer’s neck like a stinking albatross, quite frankly, and he wasn’t able to deftly deal with those issues when opportunities arose.”

Mackay distances himself from so-cons: “I am pro-choice. I am for equal marriage. I am not going to restrict access [to abortion]. I am willing to march in a parade.” Yet, playing “big tent party”, he says he would permit free votes on “moral issues” – except for Cabinet Ministers.

Another not-so-con candidate, Erin O’Toole, courts so-cons by critiquing Mackay for his open hostility to so-cons, and generously promising to allow all MPs to vote according to conscience on “deeply held personal convictions.”

As to Catholic Sheer’s election loss, he followed the prescribed path of assuring everyone that, despite his personal beliefs, “these types of debates would not be reopened.”

As Canadians we are routinely told that we cannot handle anything “divisive” and that certain debates are settled forever, despite the obvious fact that they are not. Leslyn Lewis, a black woman, has learned how to handle divisive. Many Canadians will be considering her carefully for that reason.

Elizabeth Frank is the pen name of a Canadian commentator, who uses a pseudonym for family reasons and her article is printed with permission

When we’re immersed in turmoil, what we need is clear ideas and a clear head

In America, a cruel and heartless execution