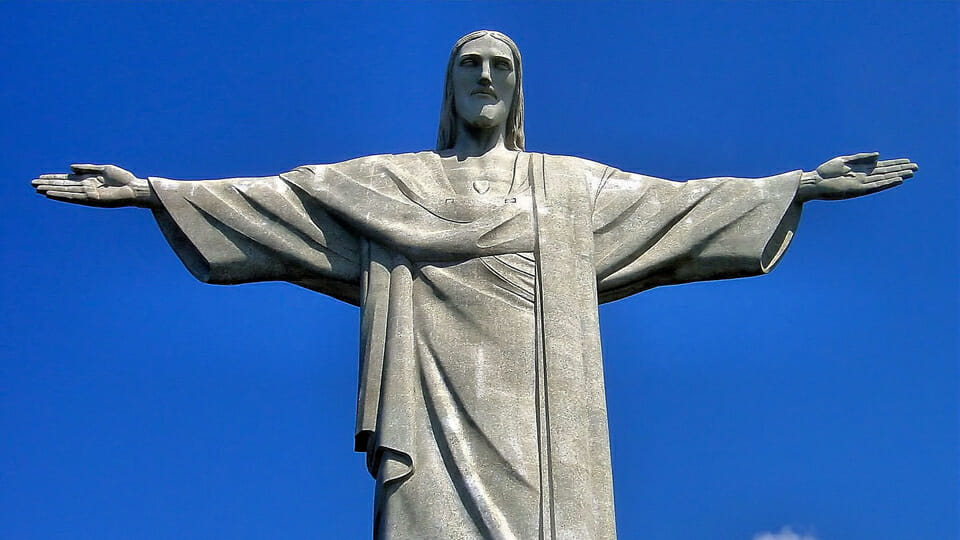 Fun fact: Iconoclasm was last in vogue, in the Christian world, during the reign of Leo the Armenian as Byzantine Emperor, from 815 to 843AD. Since then, most societies have shied away from the destruction of images of Jesus, because, well, it’s not very popular. Until now, anyway.

A leading figure in the Black Lives Matter movement has suggested that it might be necessary, for reasons of racial justice, to purge the United States, and most of the western world, of statues of Jesus Christ:

Yes, I think the statues of the white European they claim is Jesus should also come down.

They are a form of white supremacy.

In the Bible, when the family of Jesus wanted to hide, and blend in, guess where they went?

All murals and stained glass windows of white Jesus, and his European mother, and their white friends should also come down.

They are a gross form white supremacy.

They should all come down.

It’s necessary to say two things here: First, Shaun King isn’t some random left wing dweeb on twitter trying to get attention. As the blue tick by his name, and his 1.1million followers suggest, he’s a major thought leader in the Black Lives Matter movement, and a columnist with millions of readers. An influential voice, in other words.

Second, it’s important to note that his argument isn’t that statues of Jesus should fall because Jesus was a white supremacist, or anything like that, but because the statues depict Jesus as a white man, and, he says, this is a deliberate choice to embody all of Christ’s goodness in a white body. Basically, his allegation is that Europeans dishonestly portrayed Jesus as white because they didn’t like the idea of having a dark-skinned saviour.

Still, we’ve a lot to be worrying about, don’t we?

Anyway, this all poses an interesting morality problem, when it comes to statues, because it introduces a new rule: Up to now, the debate about statues was about whether they should come down if they depicted someone whose values are out of place in modern society. Fairly simple stuff, really: Should Oliver Cromwell come down because he sacked Drogheda, or should he stay up because he beheaded the King and founded modern English democracy? With Jesus, it is a slightly different question: should a statue fall because it arguably depicts a person, or an event, inaccurately? As our friends at HotAir.com point out:

“Eventually some mischief-maker will push back by creating an image of Mohammed as some ultra-Aryan blonde Nordic god and the country’s circuits will fry as it tries to navigate the politics of that. It’s an insult to Islam to depict Mohammed, but it’d be a bigger insult to destroy the image, except that the white supremacy inherent in depicting Mohammed as white requires us to destroy it, although maybe the image is aimed at encouraging white people not to view Mohammed as “the other,” in which case we should promote it.”

In any case, the bigger problem is the practicality of all of this: Up to now, when a BLM leader has said “statues of X should all come down”, the response from their followers has not, in general, been to sign petitions and follow the democratic process, but to take the law into their own hands. Are we going to have the sight of mobs of BLM activists raiding churches to take a hammer to images of Christ and the Virgin Mary? It’s not beyond the realms of possibility. President Trump’s campaign manager is probably down on his knees, praying for such an event.

We’re lucky, by and large, that most of this madness has passed over Ireland without incident. Our statues, for the moment, remain untouched, mainly because we have very few slave owners or imperialists memorialised here. But if Jesus-elimination becomes a thing in the US, that might change. After all, it’s not as if the Irish left retains an enduring fondness for the Catholic Church, and a lot of them are gagging for the chance to pull down a few statues.

Everything, at present, is stupid.

CULTURE: The Farewell: A poignant film worth watching