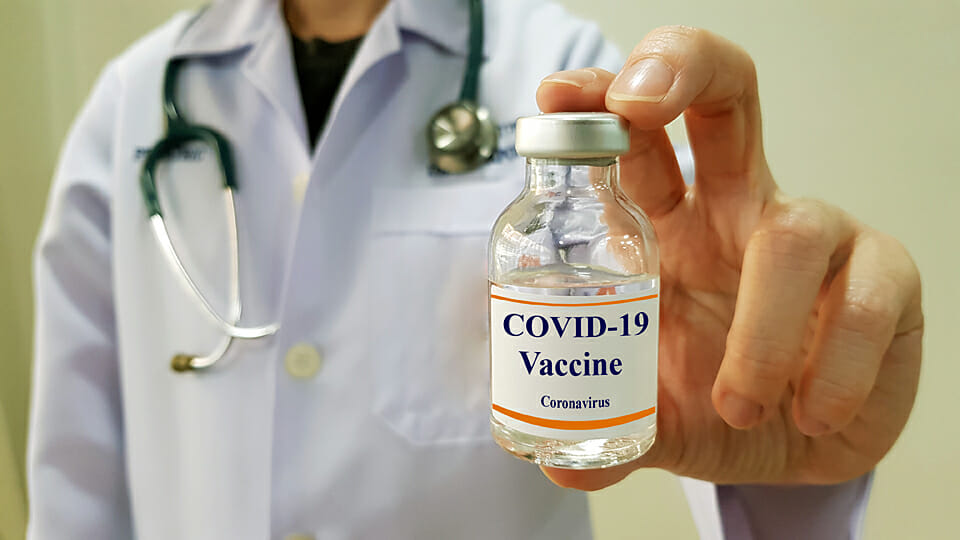 The Irish Catholic Bishops’ Conference has released a statement claiming people who refuse to take the Covid-19 vaccine could risk the lives of others.

A whole spectrum of views exists on the lethality of Covid-19 compared to other viruses, but most of us could agree that the aforementioned statement from the Irish bishops appears construed to make the reader feel like they have a moral duty to get the injection.

Perhaps the bishops should be asked the direct question of whether it is a sin to refuse vaccination in order to elicit a clearer stance from them on the matter, rather than making the vague claim that it “could” risk lives. Today’s missive might leave more questions than answers in this regard.

Explaining (partially) that Catholics can take a vaccination that has been derived from the cells of aborted babies if no alternative exists, the statement does not however include the important caveat that it must only be taken for a grave reason, and the faithful must make their objection known openly despite taking it.

The apparent grave reason may be implied when they remind readers that we are in the midst of a pandemic, but that explanation does not account for this virus’s remarkably high survival rate, particularly for those under the age of 70.

The bishops also omit the key detail about which exact vaccines are morally acceptable and would therefore not require a grave reason to accept, surely something those who wish to remain faithful would want to know from their shepherds.

That information might have been conveyed if the bishops had used the opportunity to state plainly the names of the specific vaccines they object to, as the faithful are expected to when rolling up their sleeve, but instead the document whitewashes these finer details and more, setting the tone for what they hope will be a high rate of vaccination.

Given that the AstraZeneca vaccine has been developed from the cell-lines originating in the cells of an aborted baby, and both Pfizer and Moderna’s vaccines made use of a tainted cell line in one of the confirmatory lab tests on their products, is there a vaccine that Catholics can take with no link to abortion at all?

The Sorrento and Israeli vaccines were reportedly developed and produced without any involvement of fetal tissues, but it is not clear when or if these will become available in Ireland.

In their absence, there is a valid theological argument to be made that taking the Pfizer or Moderna vaccine could be morally acceptable, but the latest statement from shepherds entrusted with guiding their flock falls at the first hurdle in failing to explain the complexities all of us will have to consider to arrive at a just decision.

The bishops indeed would have been justified in themselves demanding that an ethical vaccine, tested and created without cell lines from aborted babies, be made available. It’s a request that this supposedly ‘pro-choice’ government should have no issue with.

The Catholic Church after all has consistently supported the use of vaccines provided they are safe and created ethically.

Whilst the authors of the document readily imply readers “could” risk the lives of others by refusing the vaccine, they ultimately don’t seem troubled enough to mention the prospect of Covid-19 vaccines becoming mandatory for travel, a discriminatory permutation that would ride rough-shod over the otherwise prized forum of conscientious objection.

This issue will arise again in the New Year as vaccination programs are rolled out. More clarity would be welcome in the meantime.

The Irish Catholic Bishops’ Conference welcomes the encouraging news that a number of vaccines for COVID-19 are at an advanced stage of preparation and are likely to be available for use in the near future. The Catholic Church recognises that safe and effective vaccination is an essential aspect of the prevention of disease. We are encouraging Catholics to support a programme of vaccination, not only for their own good, but for the protection of life and the health of those who are vulnerable and for the common good of humanity.

Questions have arisen that human foetal cell-lines, which have their origins in abortions carried out in the past, are used in the development and production of some of the vaccines for COVID-19.

If a more ethically acceptable alternative is not readily available to them, it is morally permissible for Catholics to accept a vaccine which involves the use of foetal cell-lines, especially if the potential risk to life or health is significant, as in the case of a pandemic.[1] Refusal to accept a vaccine could contribute to significant loss of life in the community and especially among those who are most vulnerable. This reality must inform any judgement of conscience.

We reaffirm the consistent teaching of the Church that abortion is always gravely immoral. The Church has always made a distinction, however, between formal (deliberate) involvement in an immoral act and material involvement, which may be incidental and remote. The decision of those who decide to accept vaccines which have had some link with foetal cell-lines in the past does not imply any consent on their part to abortion.

We note that many of the vaccines currently being developed do not depend for their design or production on foetal cell lines.[2] Catholics should continue to advocate for the availability of ethically-developed vaccines. In that way they bear witness that biomedical research should always be conducted in a manner which is consistent with respect for life and for human dignity.

Access to healthcare is a fundamental human right. The Church, while respecting intellectual property rights, believes that essential medicines, including vaccines, should be made available on the basis of need rather than on the basis of capacity to pay. This position is consistent with the TRIPS agreement of the WTO, which permits national governments to arrange for the manufacture of essential pharmaceuticals, for domestic use and for the use of poorer countries, even without the consent of patent owners.[3]

NPHET to public: This is your fault, you know

Hey women! We’ve been downgraded to ‘anyone with a cervix’ by the HSE