Bill Gates says we should only be eating ‘fake’ beef 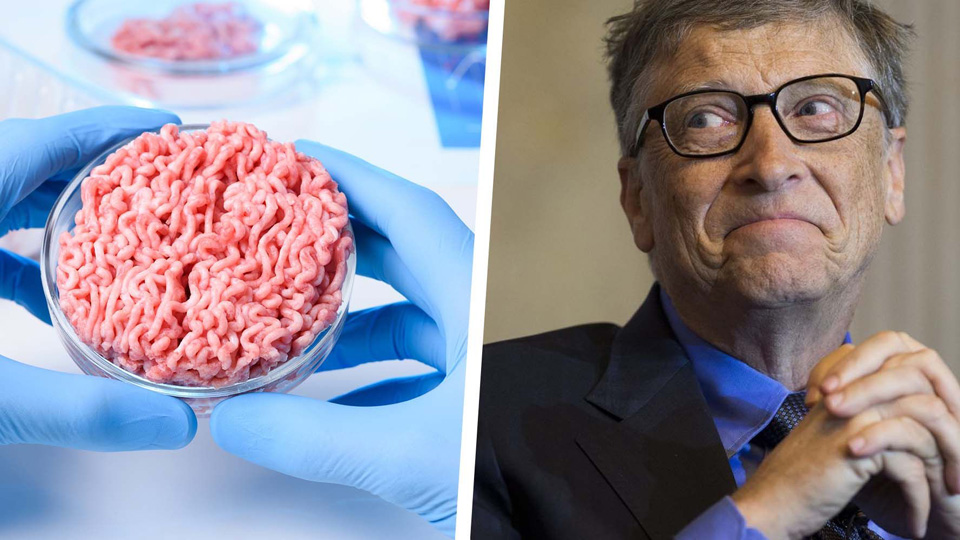 Last month, it was reported that Bill Gates, the billionaire businessman and activist on climate issues, had been buying farmland in the United States to the extent that he now owns the biggest amount of farm acres in America.

Gates, who is one of the richest people in the world, has quietly bought up 242,000 acres of farmland across the U.S. – and its unknown how much elsewhere.

A fascinating piece of research in The Land Report by Eric O’Keefe, uncovers the trail of third party entities and investment funds which have been buying up some of the best farmland in the U.S. for the Gates Foundation.

The distinction here between what Gates is accumulating and the ranches bought by the likes of Ted Turner and Jeff Bezos, is that this is farmland, and, as O’Keefe explains, often prime agricultural land.

He described one enormous tract of farmland – some 14,500 acres – bought by Gates in Benton County for an eye-watering $171 million, as “coveted ground, a geologic wonder”.  Having one of the best soil profiles in the country makes it “one of the nation’s best farmland opportunities,” O’Keefe says.

With the new role of Farmer Bill in mind, the latest proclamation from Gates on what we should be eating as a substitute for beef makes for interesting reading. In an interview with MIT Technology Review last week, Gates discussed the proposal for synthetic beef he outlines in his new book, ‘How to Avoid a Climate Disaster’.

He says that wealthier countries – of which Ireland, of course, is held to be one – should move to “100% synthetic beef” – meaning lab-grown meat which does not come from animals but by growing muscle cells in a serum and coaxing them into muscle-like fibres.

The billionaire acknowledged that telling people “You can’t have cows anymore” would be a politically unpopular approach to things.

“I do think all rich countries should move to 100 per cent synthetic beef. You can get used to the taste difference, and the claim is they’re going to make it taste even better over time. Eventually, that green premium is modest enough that you can sort of change the [behavior of] people or use regulation to totally shift the demand,” Gates said.

He said that emissions per pound of beef were actually lower in some rich countries, but they needed to lead the way.

“For Africa and other poor countries, we’ll have to use animal genetics to dramatically raise the amount of beef per emissions for them. Weirdly, the US livestock, because they’re so productive, the emissions per pound of beef are dramatically less than emissions per pound in Africa. And as part of the [Bill and Melinda Gates] Foundation’s work, we’re taking the benefit of the African livestock, which means they can survive in heat, and crossing in the monstrous productivity both on the meat side and the milk side of the elite US beef lines.

“So no, I don’t think the poorest 80 countries will be eating synthetic meat. I do think all rich countries should move to 100% synthetic beef,” the billionaire said. Maybe a good motivator in buying up so much farmland then?

The question on many people’s lips, or at least those who are still unafraid to voice an opinion, may well be if Gates will eat the ‘fake’ beef himself. Or will it be the case, just as we have tycoons and movie stars lecturing us about carbon use from their private jets, that this mega-rich farmer won’t be eating what he’s serving to others.