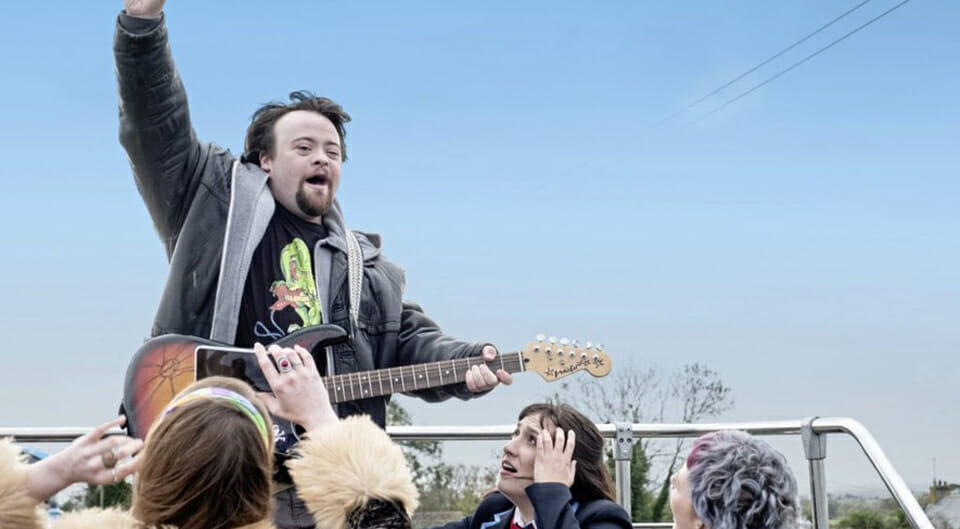 A Belfast actor with Down Syndrome is celebrating after winning a best actor gong in the US.

James Martin won the best actor accolade at the New York City TV festival for his first film, Ups and Downs, a BBC NI drama which tells the story of a road trip to a concert for two siblings.

James told the Belfast Telegraph: “I wasn’t in New York for the ceremony but I got a call from out of the blue to say I’d won the best actor award and I was thrilled.”

“A friend of the writer and director Eoin Cleland picked up the awards and I’m looking forward to getting my hands on my trophy.”

Ups and Downs also won the best TV award at the ceremony, and previously took the awards at the Great Message International Film Festival in India.

“This is a fantastic achievement by James Martin for his brilliant portrayal of Conal. People with Down syndrome excel when given the right opportunities and support and they are breaking barriers across a range of areas,” he said.

“James is not alone and another young actor with Down syndrome Zack Gottsagen is being touted as a potential Oscar nominee for his part in the movie The Peanut Butter Falcon. Well done to these young trailblazers.”