Before Greta Thunberg, there was “Peak Oil”. Has everyone forgotten? 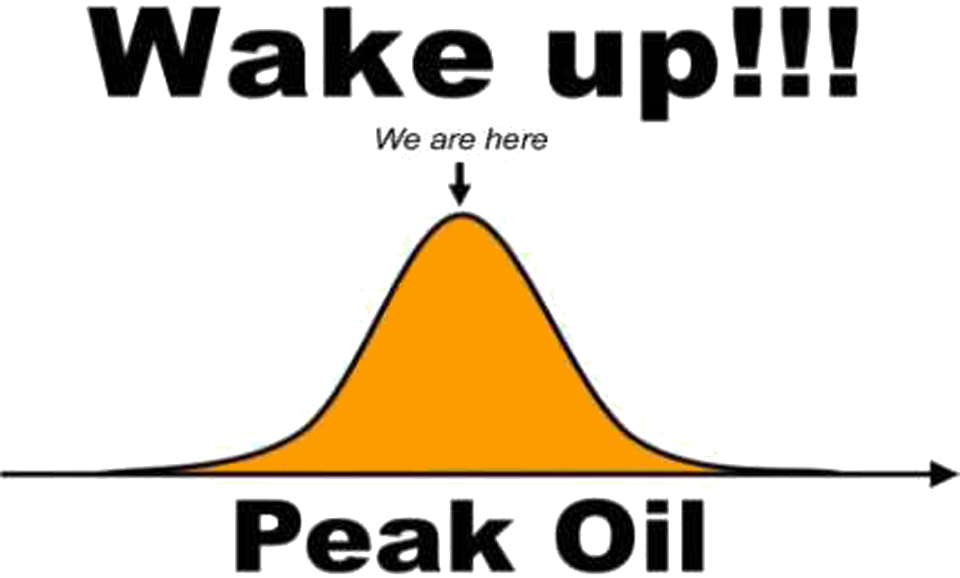 If you search the website of the Irish Times for the phrase “Peak Oil” you will find that it appears only once in 2019, in a motoring column, and only then as a throwaway comparison to the Chinese car industry. It is the first time the phrase has appeared in Ireland’s most august newspaper since 2017, when it appeared twice. Then it appears again, once or twice, in 2015.

“Peak oil: This month, the International Energy Agency formally predicted global peak oil by 2020. Today, the world burns the equivalent of 82 million barrels of oil every day. Projected growth in energy demand will see this rise to almost 100 million barrels within a decade, but by then, output from the oilfields currently in production will have plummeted to barely a third of that. A massive energy gap is looming, and with discoveries having peaked in the mid-1960s, we are approaching the bottom of the cheap oil barrel. Non-conventional oil, renewables and nuclear will be nowhere near capable of bridging this energy gap in time. The oil shocks of the coming decade will be intense.”

In fairness to Mr. Gibbons, December 2019 is still some weeks away, so there is indeed time for his prediction of “an intense oil shock” before his ten year timeframe elapses. By and large, though, the decade has seen lower, and more stable, oil prices than the one that came before it.

“The bell is tolling again now, this time for the imminent end of cheap and plentiful oil. Last week, Lloyd’s – in collaboration with think tank Chatham House – issued a White Paper, Sustainable Energy Security: Strategic Risks and Opportunities for Business, which explicitly warned that we are heading towards a global oil supply crunch and price spike – in other words, “peak oil”.”

In September of that year, the paper reported another warning:

“It is estimated that we reached peak oil two years ago: everything is made of oil, we rely on oil. Unless we all wean ourselves off oil, and plan a future without oil, we’re in big trouble.”

Very amusingly, Frank MacDonald was back at it in May 2010, this time denouncing “peak oil” sceptics, in a piece he entitled “A Dialogue of the Deaf with US Climate Sceptics”. He reported, in astonishment, that some deniers simply didn’t believe in the threat of “peak oil”:

“Fossil fuels provide 85 per cent of US energy, making them the “preferred energy source” of Americans, as Lieberman put it. The big problem, of course, is that 60 per cent of the oil they need has to be imported, often from “countries that hate us”. Yet the Heritage guys remain wedded to the oil companies.

Asked if they were concerned about peak oil, policy analyst David Kreutzer couldn’t have been more complacent. “Oil will never ever completely run out,” he said confidently. Neither was he worried about China outstripping the US in the development of renewable energy technologies, arguing that wind power was “unreliable anyway”.

There is, believe me, plenty, plenty more, including highlights like John Gibbons saying that Barack Obama was the only candidate who could save the world from the impending disaster of peak oil. It’s worth taking a look yourself if you don’t believe me.

So, why has the Irish Times stopped reporting on Peak Oil?

Well, this might surprise you, but the whole thing turned out to be utter bullshit. Oil Production has continued to increase. The US, for example, has emerged as one of the world’s largest producers of oil in the decade since 2009. Oil Prices, far from suffering catastrophic shocks, have remained relatively stable, and relatively low. The disaster? It hasn’t happened.

The Irish Times, of course, has simply stopped mentioning it.

What’s the relevance of “peak oil” to the current climate crisis? In truth, not a lot. They are different issues, but related. We are told, on the climate, to “trust the science”. But the thing with Climate Science, and Environmental Science, is that it has a long, long, long, track record of making predictions that simply don’t come to pass. When we hear people say that the world is doomed in 12 years, it is not the first time we have heard such predictions. It would be a first if it came to pass.

This is not – and I emphasise this for the critics in the back – an argument to ignore the scientists. But it should be an argument for discussing the issue rationally, and bearing in mind that the same people telling us we must radically change how we live today have told us that before, and been completely, and embarrassingly wrong.

What’s infuriating, of course, is that they never actually acknowledge that they were wrong. They simply spend years inflating a panic, and then move on, without a second’s thought, to inflating the next panic.

I, for one, refuse to panic. Because if they’re right, there ain’t a damn thing we can do about it in 12 years. And if they’re wrong, well. It wouldn’t be the first time, would it?

Irish leaders cause recession & misery despite WHO warning against lockdowns