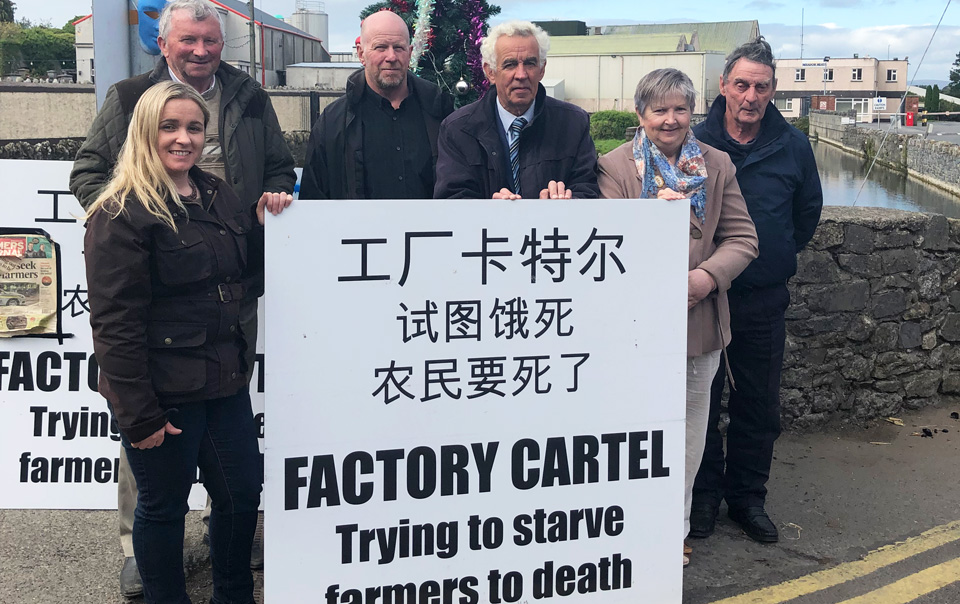 Independent TD Carol Nolan has called on the meat industry to show “unequivocal good faith” as preliminary discussions at Department of Agriculture’s campus yesterday (Wednesday) indicated that talks would resume either Friday or Monday.

Deputy Nolan who has supported farmers on the picket lines in Laois and Offaly has said that beef farmers are open to being persuaded of the benefits of returning to negotiations around pricing, but the other major stakeholders must demonstrate unequivocal good faith.

“We have to accept the fact that farmers feel utterly betrayed about the outcome of the previous ‘negotiations.’,” she said.

Until yesterday afternoon some 20 processing plants were being blockaded by farmers.
Deputy Nolan said the protests were “a clear signal that this crisis will not be resolved unless and until the simple demand for fair and equitable pricing justice is acceded to by both Meat Industry Ireland and the Retailers.”

“We know that many farmers are also protesting at the retailer’s distribution hubs which again is a sign that farmers very much feel like they have backed into a corner,” she said.

Deputy Nolan also called on the Minister to induce stakeholders to accept representation from the independent farmers who may not be aligned with the Beef Plan Movement. “Any hope of resolving this crisis depends on getting all concerned parties back to the table with a cast iron commitment that the core issue of pricing will be addressed,” she said.

“We cannot allow the situation to deteriorate any further without risking permanent or long term damage to a sector we are all invested in, both economically and culturally. I genuinely hope that if agreement is reached among all stakeholders to resume talks in the next few days that positive progress is made in dealing with the price issue and that long overdue respect and fair play is given to our farmers,” said Deputy Nolan.

Deputy Nolan also urged urged Meat Industry Ireland and the employers’ body Ibec to work to end the dispute given the risk that it was posing to more than 3,000 workers in the sector.