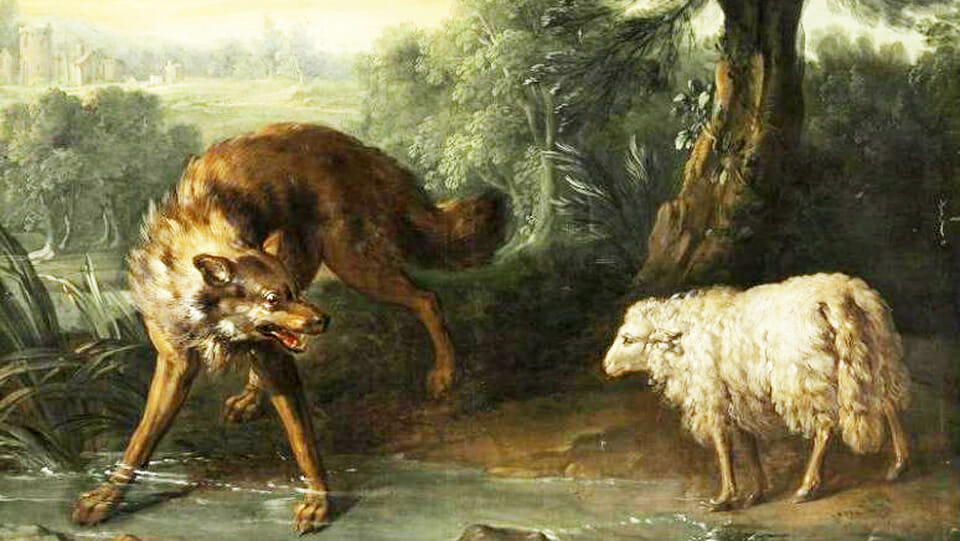 The Covid-19 pandemic has brought the best and the worst in us; it has also shone a light on our contradictions. Coming up with a vaccine may be the solution; but that’s still several months away, too long to wait out in a lockdown as many countries have been for almost two months now, with people safely herded in their homes.

Other countries have placed their bets on developing “herd immunity”, that is, allowing people to get infected and endure it as best they can, until enough develop antibodies and too few vulnerable hosts are left for the virus to attack. Famously, this was Boris Johnson’s byline until he was stricken, brought to the ICU, and saved by the NHS, right around Easter. He literally got a dose of his own medicine. He was also lucky, unlike the over 26,000 British residents who have succumbed to the disease at the time of writing. You cannot get herd immunity without culling.

Lockdown (people herded in homes) or herd immunity, whichever strategy in facing the pandemic, governments seem bent on turning us into just one more of the herd.

No one in their right mind can agree to this.

Yet sadly, within the dominant enlightened liberal framework, governments seem to have no other choices. Let me explain.

On the one hand are governments which have quickly segued into Leviathans, securing borders against external threats and taking over civil society to ensure the safety and welfare of citizens. How dumbfounded I was in late January when China quarantined tens of millions in Hubei to prevent the coronavirus from spreading. Little did I suspect that about a month later it would be our turn in Spain, and shortly, in most of the EU.

Soon, in Spain, it was every region for itself, and each one against a woefully unprepared central government, crippled by internal conflicts between coalition parties. Despite warnings from international experts, Madrid central government allowed massive Women’s Day rallies in March, resulting in widespread contagion. Since health is a devolved competence for Spanish regions, the national health ministry, lacking expertise, struggled to source medical supplies abroad for overwhelmed hospitals. Not only did it order faulty, substandard test kits, but it also commandeered ventilators and protective equipment.

Central government announced a €200 billion relief package, equivalent to 20% of GDP, but with little consensus on its spending. Spain now tops European countries in the number of confirmed cases, close to 220,000, with more than 24,000 deaths. Perhaps even worse than the virus is the self-congratulatory central government which has taken advantage of the crisis to unleash its totalitarian instincts.

The tension among EU states mirrors and magnifies that between Spanish central government and regions. National borders were closed and freedom of movement was curtailed, along with the traffic of critical medicines and equipment. Schengen freedoms went down the drain. Some countries opted for a hard lockdown, others, like Germany, more relaxed about leaving home and social distancing.

There was no consensus either on how to pay for the record-breaking emergency funds or whether to issue Coronabonds through some form of debt-mutualization. Having reneged its Christian roots, the EU found it couldn’t keep its single market together either, and insistent calls for solidarity among nations fell largely on deaf ears.

On the other end of the spectrum were countries which strove to keep markets open in an attempt to save the economy. In a peculiar version of “March Madness”, US president Trump spent most of the time dithering. Catching the “Chinese virus” was just like having a bad case of colds, or at worst, a flu; that wearing masks may help, but personally, he wouldn’t use any; that the president had the power to lockdown the country or open it for business (by Easter?), not state governors.

And when all else failed, with the US reporting over a million cases and close to 60,000 deaths, Trump pins the blame on the WHO and withdraws financial support, supposedly for providing China with a cover up. Falling in line with Trump’s strategy were other leaders such as Mexico’s López Obrador, who boasted of having anti-Covid-19 amulets, and Brazil’s Bolsonaro, who argued that the coronavirus was no match for the Brazilians’ innate resilience.

Conspicuously absent from both approaches is respect for individual decisions and consideration for group action besides that of the state. Governments have run roughshod over citizens’ initiatives, participation, and the principle of subsidiarity. The state presents itself either as the greatest good, the sole guarantor of safety and welfare, or the necessary evil, ensuring the optimal functioning of markets to produce wealth. Such is the liberal dilemma.

But government’s proper role is that of a necessary, although lesser good. Necessary, for nothing desirable could come out of anarchy. But not the supreme good either, because its authority and power shouldn’t be used for self-aggrandizement, but to serve the people. This includes acknowledging their rights and empowering them as individuals and groups to make their own welfare choices rather than supplanting them.

Lockdowns are panic reactions. The most successful countries in containing the Covid-19 pandemic such as Macao, Taiwan, and South Korea did not resort to them. Rather, they immediately put in place effective information campaigns and heightened vigilance, preparing health services and related industries for peak demands. They also tested as widely and quickly as they could, telling the infected but asymptomatic and those with mild cases to self-isolate with proper instructions at home, and reserving scarce hospital beds for those with severe symptoms. They employed contact-tracing to identify and reach probable cases for subsequent testing.

Not succumbing to knee-jerk responses, they did the smart thing, the right thing, and allowed public life and the economy to go on, albeit cautiously. They did not place the private sector and companies in shackles. None of this would have been possible without voluntary public collaboration, and governments arrogating all powers would have been the best way to lose it.

Especially in crisis situations, governments have to prove themselves worthy of our trust. We must not allow them to treat us as a herd. They are not good shepherds nor are we their sheep.

Alejo José G. Sison teaches ethics at the University of Navarre and Georgetown. His research focuses on issues at the juncture of ethics, economics and politics. His article is printed with permission

The Long Game: how the family will decide the future

The Covid Crisis: The Geography of Contagion