Beauty Salon owner arrested by Gardaí: other businesses say they will also open 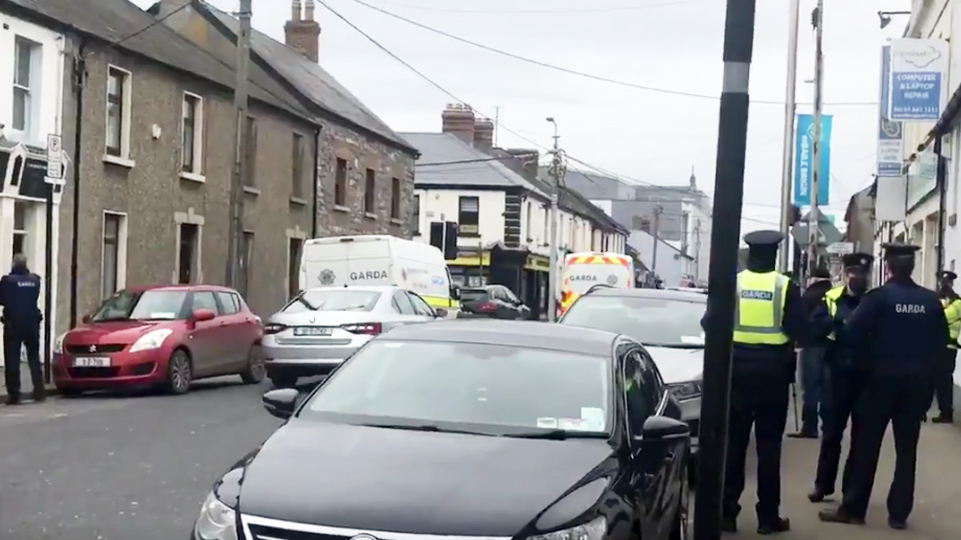 The owner of a beauty salon in Balbriggan was arrested by Gardai today after opening her business for a second day because she says she needed to support her family and pay her bills.

Christine McTiernan, who runs C&N Beautyroom, argued that she has the constitutional right to earn a living and this should allow her to provide services despite the Level 5 lockdown which has now been extended for another 9 weeks

2 people have been arrested for failure to move on when requested by #Garda in Balbriggan.The persons were there in support of C & N Beauty that opened yesterday & today contrary to Level 5 lockdown advice.The shop is now closed.Up to 20 Gardai in attendance. pic.twitter.com/TYdqaZA7xx

There was a large Garda presence on the narrow street as the salon opened for business again today at 11am. Ms McTiernan’s daughter said that there “three riot vans, four garda cars and three unmarked garda cars” at the scene, and a large number of Gardai.

Its reported that a client at the salon was also arrested, and that when a protest took place regarding the arrests, another 6 people were arrested by Gardai.

Ms McTiernand said that she had to open her business to survive. “It’s for survival,” the beautician said at her salon yesterday. “This is to support my family.  I’m doing this for survival and for nothing else.”

“Nobody else is going to put food on my table,” she said, adding that she was doing this for the common good, and that she operated her business to the highest health and safety standard.

Christine McTiernan has opened up her business in Balbriggan 👏🏻#thegreatreopening pic.twitter.com/D6SDLJoX4G

Ms McTiernan said that she had received ” a huge amount of positive messages and well wishes” and that her phone was busy all morning with customers booking appointments. She opened the salon at 10.30 yesterday morning. .

However, within 90 minutes of opening, Gardai had arrived and Ms McTiernan was later told that they were ordering the salon to close.

Since the announcement of the additional 9 weeks of lockdown, business owners have protested that the restrictions will force them to close and that many will become bankrupt.

Some, like Ms McTiernan, are saying they will defy the restrictions.

Gym owner, Gary Dempsey, whose passionate commentary on Twitter racked up 838,000 views also says he will open on April 5th at a reduced capacity, because he would not “stand by and watch it being flushed down the toilet”.

Restaurateur, Paul Treyvaud said that he had decided he was opening his restaurant “July 1st no matter what.

“That gives them 4 months to sort out everything. I’ve done everything I’ve been told to do. 55k came in from uk with that variant, now over 1500 from Brazil,” he wrote. “The problem is no longer us. It’s an incompetent Gov[ernment].”

I have decided I am opening my restaurant July 1st no matter what. That gives them 4 months to sort out everything. I’ve done everything I’ve been told to do. 55k came in from uk with that variant, now over 1500 from Brazil.

The problem is no longer us. It’s an incompetent Gov

Today marks 200 days of workplace lockdown, and a widening gulf between rich and poor’: Tóibín