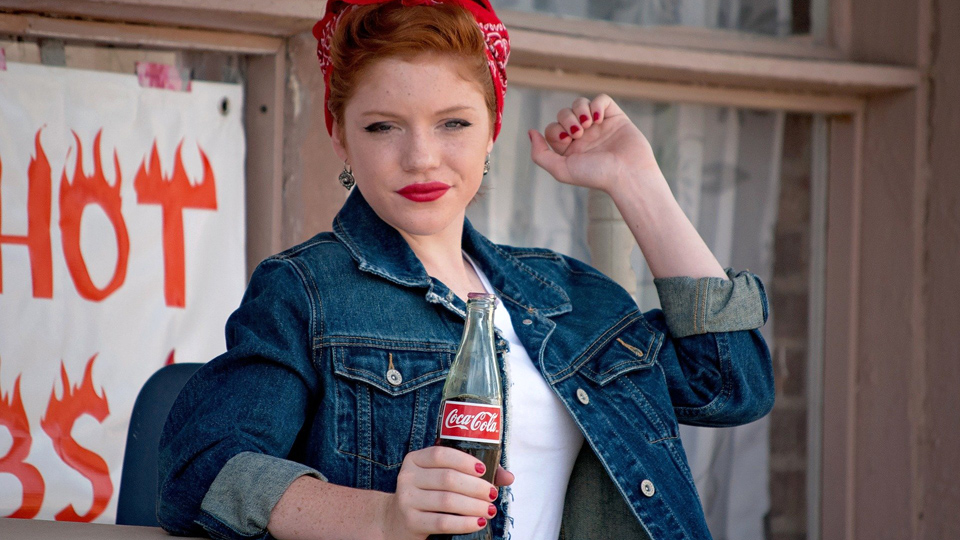 An internal whistle-blower in the Coca-Cola company revealed that employees were told to “Try to be less white” in what they said was a required training course.

Screen shots of an online employee training course on “Racism and Confronting Racism” show 4 slides which critics say are actually racism in the guise of an anti-racism message.

🚨🚨🚨 BREAKING: Coca-Cola is forcing employees to complete online training telling them to "try to be less white."

These images are from an internal whistleblower: pic.twitter.com/gRi4N20esZ

The implication according to Critical Race Theory, the new fad sweeping academia and corporations, is that white people are endemically racist whether they know it or not.

Another slide in the commands those attending to: “Try to be less white”.

The course, which was publically available from Linked-In Learning, appeared to list all the problems with whiteness. According to the course, to be “less white” is to be:

Commentator Candace Owens said that “if a corporate company sent around a training kit instructing black people how to “be less black”, the world would implode and lawsuits would follow.”

“I genuinely hope these employees sue Coca-Cola  for blatant racism and discrimination,” she wrote.

If a corporate company sent around a training kit instructing black people how to “be less black”, the world would implode and lawsuits would follow.

I genuinely hope these employees sue @CocaCola for blatant racism and discrimination. https://t.co/07OPZouEcV

In response, Coca-Cola said, “The video circulating on social media is from a publicly available LinkedIn Learning series and is not a focus of our company’s curriculum”, though critics pointed to the Coca-Cola logo shown in the images.

“Our Better Together global learning curriculum is part of a learning plan to help build an inclusive workplace,” the drinks manufacturer said. “It is comprised of a number of short vignettes, each a few minutes long. The training includes access to LinkedIn Learning on a variety of topics, including on diversity, equity, and inclusion. We will continue to refine this curriculum.”

Dr Karlin Borysenko who brought the whistle-blower’s slides to public attention points out that the course urged employers to consider that “one time workshops on racism are not enough” and that monthly organisational activities are necessary. “This is how they stay in business,” she said.

The course was the product of Robin DiAngelo, Affiliate Associate Professor of Education at the University of Washington and author of White Fragility. After this controversy it now appears to have been “retired’ by Linked-In.

James Lindsay, an expert critic of Critical Race Theory says the theory it is a “corrupt way to think about race and racism…. it teaches people to look for racism in literally every situation.”

“It’s a very corrupt way to think of race and racism, and to make race and racism relevant to every single possible topic.” —- @ConceptualJames on Critical Race Theory.

The Friday panel with James, @realchrisrufo and @conservmillen: https://t.co/c1mvk82n85 pic.twitter.com/cS8WC1kiYh