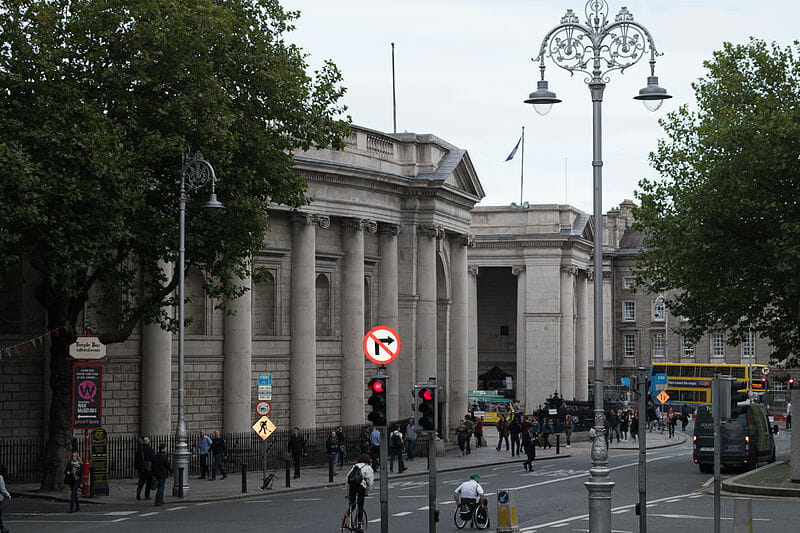 A corporation tax loophole means Ireland’s largest bank will not pay a cent on the €758 million profits it enjoyed last year.

This is because the Bank of Ireland can offset historic losses against future gains, despite benefitting from the taxpayer funded bank bailout which cost the exchequer a total of €64 billion.

It is expected that Bank of Ireland will not pay corporation tax for at least another ten years, whilst AIB and Permanent TSB will not pay any until almost 2040.

Although this tax provision, known as Deferred Tax Assets, was implemented to prevent companies going bust, it was not foreseen that the state’s biggest financial institutions would incur the enormous losses they did after the 2008 economic crash.

Sinn Féin has said it will close the tax loophole if in government, which they say is costing the state billions of euro in lost revenue.

“Banks who are making billions of euros of profit need to start paying their taxes. This is some of the change that people have voted for and this is what Sinn Fein want to bring about if we can get agreement with other parties to form a government,” finance spokesman Pearse Doherty said.

The highest earner at the Bank of Ireland is CEO Francesca McDonagh, whose salary is over €950,000 per annum. The bank received €3.5 billion from the state during the bailout to prevent its collapse in 2009.

Ireland was the first country to bailout its banks during the global recession of 2008, with the UK and Germany quickly following suit.

The US then bailed out many of their banks, with one major difference: unlike the Irish, they did not offer a blanket guarantee of all the bonds banks had sold to investors.