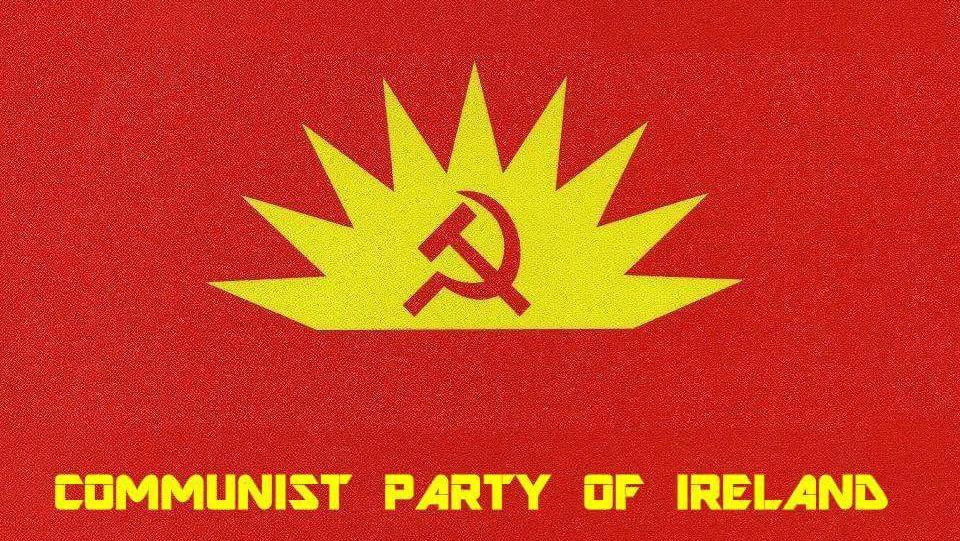 Bad news, this Tuesday morning, for those of you hoping that the Communist revolution is just around the corner. News reaches us, here at Gript, of a major split in the Irish Communist movement.

It’s so bad, in fact, that The Communist Party of Ireland has been taken over by a “clique” that “has led the Party down a narrow, reformist cul-de-sac”. Further, “It offers no vision, no strategy for realising the dictatorship of the proletariat.”

That’s according to the Connolly Youth Movement – which was, until yesterday, the semi-official youth wing for Irish Communists, until it dramatically announced its disaffiliation yesterday, in a frankly, hilarious and lengthy statement.

The statement describes the Connolly Youth Movement – which has been at the forefront of most left wing campaigns in Ireland in recent years – as “committed Marxist-Leninists”. It laments a failure of the people running the Irish Communist Party to develop a programme which reconciles socialist republicanism with democratic centralism. It claims that many “good communists” have been forced out of the party in recent years, and accuses those running the party of “promoting factionalism”.

The decision to split, it says, was taken at a recent zoom meeting where more than 75% of the membership attended.

The list of complaints runs to fully 16 individual points of contention – ranging from matters as mundane as young communists being excluded from party meetings, to alleged bad-mouthing of other left wing groups (“In private members of the clique denounce not only their own comrades but also other socialist-republican organisations in a vitriolic manner”) to accusations of improper Communist thought.

The most serious allegation, though, is made in point 14:

“The clique has no interest in engaging with the working class and has made this very clear. Ultra-centralisation reinforces the insular nature of the party leadership and their inability to organise, educate and learn from – not to mention lead – the class they claim to represent.”

Communists, unwilling to engage with the working classes, and organise them? Perish the thought.

To be honest, the main surprise here, to many of us, will be that the Communist Party of Ireland was large enough to have a split in the first place.

Nearly all of those socialist republicans who believe in “democratic centralism” are in Sinn Fein, these days, after all. If you’re not familiar with the phrase, it cropped up recently in the context of Sinn Fein bullying a young member, Christine O’Mahony, out of the party after she criticised it online. From the Irish Times:

Ms O’Mahony criticised this online and said she encountered significant pushback from the party.

She received messages from other members of Ógra Sinn Féin stating that a cornerstone of the functioning of the party was to have discussions that were kept internal and that adhered to the principles of “democratic centralism”.

What is “democratic centralism”, you ask? Well, in essence, it means that once a decision has been taken by the collective, internally, there shall be no further debate about it. It is applied today by the Communist Party of China, and other Communist Parties around the world. The idea is that the collective is more important than the individual. Here’s how the Connolly Youth Movement define it:

“But democratic centralism is not just a political manifestation of policy, it is also a cultural attack on one of the main aspects of capitalist hegemony: the cult of the individual. In developing a culture of collective action, unity of thought and unity of action we inadvertently challenge the individuation and atomisation of society.”

That’s a better summation than you or I could manage, in fairness: A complete and all-out attack on the rights (cult) of the individual, in favour of decision making by the party. That’s how it works in Communist China, and that’s how it’s supposed to work here, too, if the Communist Party, or, more likely, Sinn Fein, gain power.

Anyway, that’s what’s going on with Ireland’s far left today. More news as we get it.

Mayo County Council: Who wants €7,000 to write an LGBTI strategy for us?