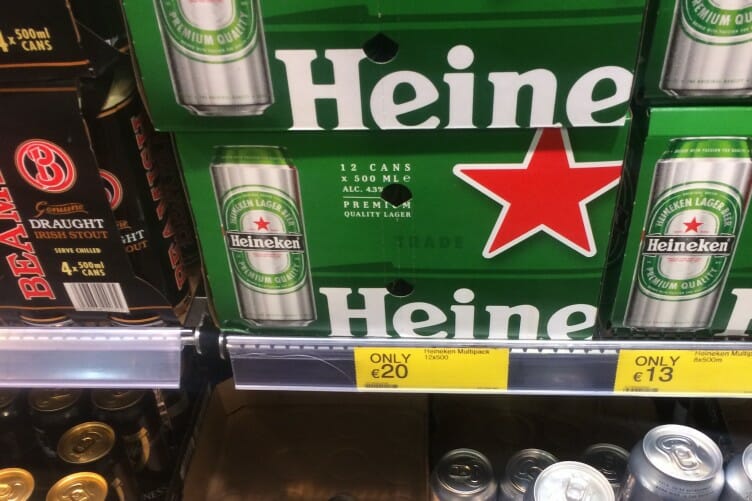 Alcohol Action Ireland has a name that makes you think it’s run by, and operated by, concerned citizens who are worried about the public health risks of too much drinking. When it appears in the media, as it did yesterday, you, the ordinary person, are supposed to think that you’re hearing from a group of people who have come together to campaign against the negative effects of alcohol, and challenge powerful vested interests.

But that’s a lie.

You’re actually hearing from an arm of the state, wholly funded by the state:

The charity’s accounts for last year show that 97.5% of its €244,000 income came from the state, with the Department of Health giving it €25,000 and the HSE supplying €200,000. The accounts say its priority last year was building support for the alcohol bill.

And here they are yesterday, the miseries:

Campaigners are warning that there has been an “alarming” increase in alcohol sales since the pubs were shut last month.

In the first week of this month, sales of alcohol in shops and off-licences was up 58% on the same period last year.

Sales of stout saw the biggest growth – up 187% on the same week last year – with whiskey, lager and cider also seeing huge increases.

First of all, they’re not “campaigners”, they’re essentially civil servants. And civil servants are banned from “campaigning”. Unless, of course, you move some of them over to an NGO, fund it, and call it “a lobby group”.

Who are they lobbying for? Nobody can tell you that. It’s just that they’re there, and they lobby, and they get paid, and they lobby some more, even though literally nobody has asked them to.

Second of all, this is nonsense.

Yes, alcohol sales are up: In off licenses and supermarkets. Because pubs are closed.

There’s simply to way to say that “alcohol sales” are up because we cannot measure how much less alcohol is being consumed in the pubs, nightclubs, and hotels. And is it really surprising that people will buy more of it in supermarkets?

Where is “Toilet Roll Action Ireland”, when you need them, to warn about the alarming increase in sales of Andrex? Because that makes about as much sense.

These state-funded lobby groups should all be abolished. If you’re reading this and you’re a citizen concerned about alcohol consumption, there are two things you should do. First: Get a life. Second, if that’s not possible, set up your own organisation and campaign, like the rest of us have to do. We can’t afford to be handing out tens of thousands for civil servants to send out stupid press releases like this one.