Hospital ‘Slop’: Are we outraged about all the wrong things? 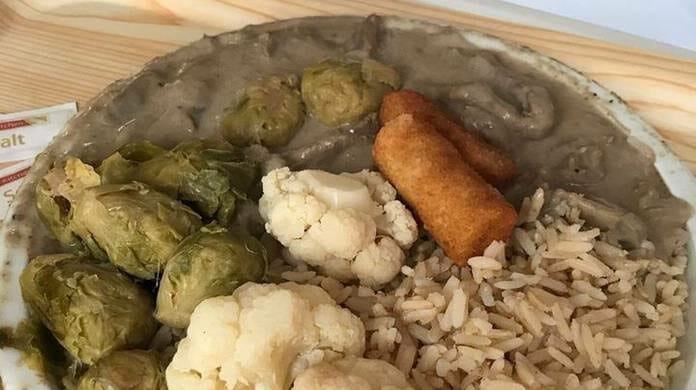 As the online outrage grew about a dinner served in Limerick University Hospital last week, my own mind went back to the Central African Republic and the many hungry people I had met out there a few years ago.

Seeing children picking grains of rice from the ground, and older boys killing rats to eat, was a stark lesson in how comfortably we live at home.

Still more haunting was a little boy I had played with in the Cathedral’s refugee camp offering me half of his cassava, an act of generosity I wonder if I should have declined. His mother waved in the distance, urging me to accept the precious little food they could offer.

Coming back to Ireland was an eye-opener, especially as it became apparent what a materialistic and wasteful culture we had fostered.

The food served in Limerick last week, which was labeled by some as “slop”, would be considered a rare treat in much of the world, not least because we have the luxury of cutlery and meat, but this didn’t stop a sizeable number of the sophisticated taking umbrage not at the taste, but the presentation. It didn’t look good! And therefore we were to presume it wasn’t edible.

It’s easy to see how a country that spends colossal money on pets, with special nutritional consideration and healthcare being afforded our furry friends, would not see the bizarre and embarrassing reaction to the hospital food as little less than the deranged ramblings of a society that has lost its grip on reality.

As one of the wealthiest countries in the world, we are now able to tackle the real injustices, such as a four square meal that lacked the Michelin quality we might expect.

Heaven forbid that people would put things in perspective and see the true injustices that play out every day both at home and abroad.

But this is why our country is run more like a circus than a mature nation state, because many of us have become clowns with little else to worry about than the next hot meal apparently.

Happy to let little unborn children be killed a few wards away, or virtue signal about immigration whilst exacerbating the number of homeless people, the causes being fought by modern Ireland point to a country in decline, not least because of our ingratitude for the simple things others would dearly love.

The Hartstown shooting had nothing to do with race

Beef prices may be rising but don’t be fooled; long-term problems for rural farmers remain