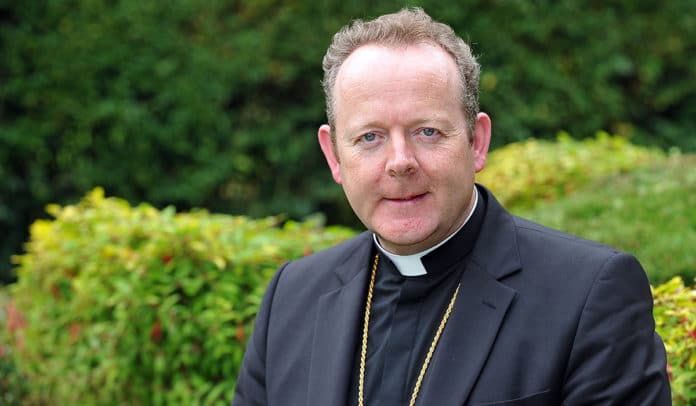 There’s been some sustained criticism of the Archbishops in recent days for their seeming passivity on the question of whether people should be allowed to go to mass during the lockdown, including from Gript columnists like Professor Ray Kinsella, writing here.

And don’t the critics have a point? What’s the point in having Archbishops in the first place, if they’re not going to speak out in favour of mass?

Well, belatedly, that’s exactly what they are doing:

In the letter, the archbishops say they fully respect public health guidelines, but that religious services provide “essential spiritual nourishment” for parishioners.

“We wish to engage constructively with the civil authorities to ensure that our people have continued access to the support of Mass and the Sacraments and essential spiritual nourishment for these challenging times,” the letter states.

It adds: “These are not simply ‘gatherings’ of people, but profound expressions of who we are as a church.”

The archbishops also note they are “acutely aware that for parishes and individual Catholics the loss of these spiritual supports can be a source of great anxiety and fear, and can have a detrimental impact on their overall health and well-being”.

They have requested a meeting with the Taoiseach in the coming days.

Is it safe to go to mass? There are probably a number of issues to consider.

When you add that to the recent emerging evidence that the coronavirus travels much more easily through the air than we previously thought, the argument that churches are large and spacious buildings becomes less convincing.

But on the other hand, there are obvious reasons to allow mass to proceed. The first is that there are surely very few more controlled, or sensible, gatherings, than a religious service, whether it be a mass,  service, or inside a synagogue or a mosque. The general atmosphere of quiet, and revererence, means that people are much more likely to comply with social distancing requirements in a religious setting than they are, for example, in a pub.

If we’re closing down masses because we don’t trust people not to be climbing over each other in the queue for communion, then that’s deeply misguided.

The second issue is this: People like me who aren’t that religious very often struggle to come to terms with the fact that for people who are religious, mass or service attendance isn’t some sort of hobby like going to a football match. It is an essential part of who they are.

If Joe Bloggs can’t go to the pub, that’s genuinely sad, but at the end of the day he’s missing out on a chance to socialise. If someone can’t go to mass who is a sincere believer, that’s much more serious, to them, because it may imperil their very soul.

It’s fair to observe that the irreligious are disproportionately represented in the decision making levels of society, and many of them simply don’t get this point. Mass isn’t like everything else.

Third, on the raw evidence: How many outbreaks have been traced to churches or religious settings?

We’re not talking here about the aftermath of a wedding or a funeral: The church can’t take the blame if people get the Coronavirus doing rock the boat at a wedding reception. How many outbreaks have actually been traced to churches themselves? It seems likely that the answer to that is “hardly any at all”.

In which case: What is the case for keeping churches closed, exactly?

The archbishops are right on this one. One hopes that the Taoiseach, and his advisors in NPHET, will see sense.

DUP planning to launch a legal challenge against the Brexit deal