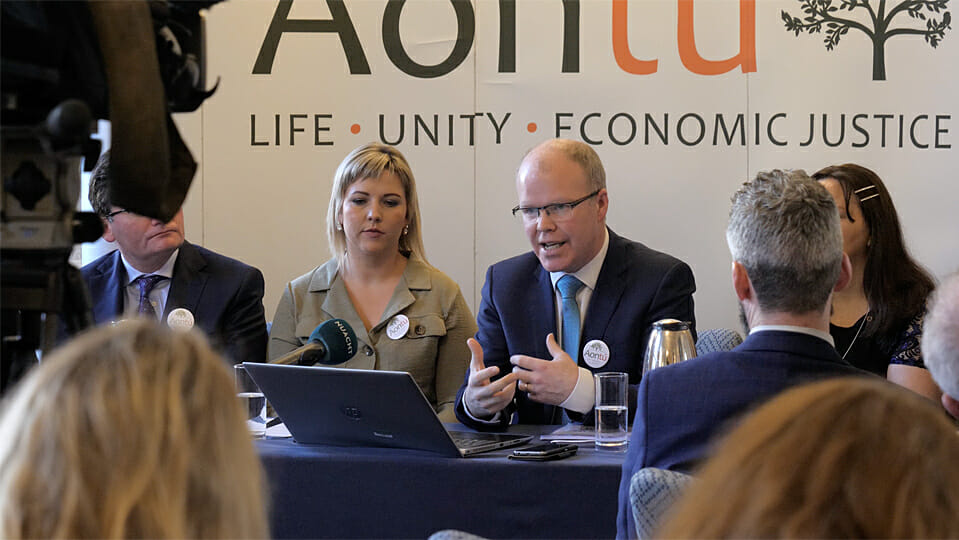 The Meath West TD claimed it was “breathtaking” that Fine Gael had chosen to “insulate billionaires instead of ensuring they like everyone else pay their fair share in terms of taxation.”

Tóibín’s comments come after Revenue announced that tax exiles, those who are Irish but usually pay taxes in another jurisdiction, could remain in Ireland for over 183 days and not face any tax implications for their business activities if they prove their stay was forced by the coronavirus outbreak.

“In the best of times it is shocking that the government facilitates Tax Exiles to declare themselves non-resident in Ireland to enable them avoid their fair share of taxation,” Tóibín said.

“It’s inexcusable that in the teeth of a huge financial and humanitarian crisis the Government has offered these same tax exiles a waiver on the number of days that they have to be absent from Ireland to dodge their tax responsibilities. No such waiver is being extend to overstretched working families all over Ireland. Either we are all in this together or we are not.”

“Where a departure from the state is prevented due to Covid-19, Revenue will consider this ‘force majeure’ for the purpose of establishing an individual’s tax residence position,” Revenue stated.

Tóibín insists however this will mean that the weight of paying for the crisis “will as usual fall disproportionately on Ireland’s working men and women.”

“Certainly, given the cost of the pandemic and the potential economic repercussions, now is not the time to be giving tax breaks to those who don’t need it. Aontú calls on Revenue to reverse the decision to grant an exemption to tax exiles who have sought to avoid taxation in this jurisdiction to begin with,” he concluded.

Nolan: Concerns around tourists entering through ports and airports must be addressed