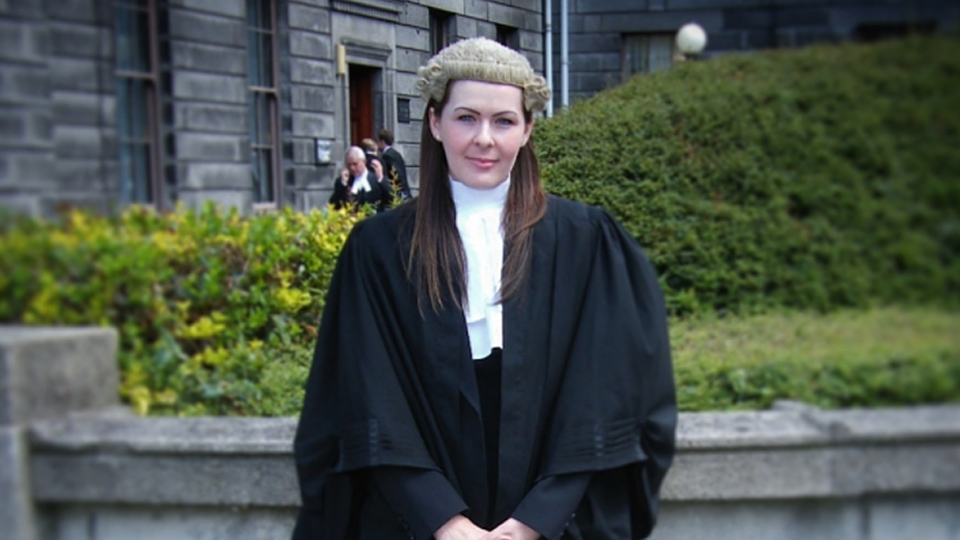 A grassroots group calling itself “Health Freedom Ireland” has raised over 22 thousand euros in less than a day as part of a campaign it is waging against the “mandatory” wearing of facemasks, as required by the Government in a number of locations.

Health Freedom Ireland’s fundraiser was written by barrister Tracey O’Mahony (who has contributed opinion pieces to this website in the past).

Ms. O’Mahony says she is concerned that the facemask mandate is a “threat to bodily autonomy” in Ireland.

Health Freedom Ireland says on its website that it exists “to empower Irish people to make informed decisions on vaccination for themselves and their families, by providing a resource for impartial information and links to up-to-date research”. The organisation has organised a number of protests against the Coronavirus restrictions, including a recent event at the customs house which drew about a thousand people.

On Coronavirus, it says that it is opposed to mandatory facemasks, and mandatory vaccinations, though it is important to note that the Government has not introduced any legislation, or announced any policy, about making vaccination mandatory.

It is also important to note that while the Government has passed legislation requiring the wearing of facemasks in a number of locations, there is no criminal penalty for not wearing a facemask, and you cannot be arrested or charged for failing to do so. There are also a series of exceptions to the requirement.

Health Freedom Ireland also claims that the world health organisation is “suppressing” information about the potential clinical effectiveness of Hydroxychloroquine in treating Covid-19. Hydroxychloroquine is the drug which President Donald Trump has been championing throughout the pandemic, though as yet there is no conclusive evidence in its favour.

Ms. O’Mahony says that the funds raised by Health Freedom Ireland will be used to engage lawyers and researchers to challenge the Government’s restrictions, and to carry out tasks that she does not have time to do herself. She says that none of the funds will go to her personally.

A campaign has already started online to have her fundraiser removed, with one tweeter claiming that Ms O’Mahony is a “far right conspiracy theorist” who will “put lives in danger”:

Hi @gofundme could you please take a look at this account set up by far right conspiracy theorist and #COVID19 denier @TraceyOMahony81.

Not sure what your policy is on #coronavirus denial but what this woman proposes will put lives in danger.https://t.co/xwRdhFwUG2 https://t.co/fj2E6jPevg

There is no doubt, of course, that Government regulations requiring the wearing of a facemask are an infringement of bodily autonomy – as would be any hypothetical law requiring a mandatory vaccination. Most people, it is fair to say, have been willing to comply with Government advice either to protect themselves, or to protect others. But that does not mean that a discussion about the rights of the individual to dissent from such regulation is not legitimate.

It is a complicated area, though, because regulations aimed at stopping the spread of a virus will obviously be ineffective if a large number of people simply refuse to follow them. Therefore it is natural and understandable that some people are very angry with a group that seems to be promoting ideas which – if they are wrong – could imperil the entire population, and prolong the need for the painful coronavirus restrictions.

A recent poll in the United States showed that only 42% of people, for example, say that they would definitely take a coronavirus vaccine if it was released to the marketplace. That number would doubtless rise, once concerns about safety were allayed, but it is beyond doubt that a significant number of people – maybe as high as one in five – would simply refuse to be vaccinated unless compelled to do so.

Does the Government have the right – or indeed the duty – to force those people to be vaccinated to protect everyone else and to help eradicate the virus? Or is that tyranny? It’s a legitimate debate, and it’s not far-right to raise the question. And judging by Health Freedom Ireland’s fundraising, it’s not just going to be a matter of concern for the fringes of society, either.

If it comes to it, yours truly will be getting the vaccine, though. Then there’ll be no need for a facemask, finally.

I am not part of any anti face mask group. I am one person concerned about mandatory face coverings and other government restrictions.

Also, I am not a member of Health Freedom Ireland, but I have been working with them for a number of months.

We have updated the headline on this piece to note that Health Freedom Ireland says it is against the “mandatory” wearing of facemasks, as opposed to facemasks themselves.

On vaccines, Dublin’s delusions about the EU have been exposed.

Cancer deaths could “dwarf” those from Covid-19 Cancer Society says, as concerns about access to healthcare grows