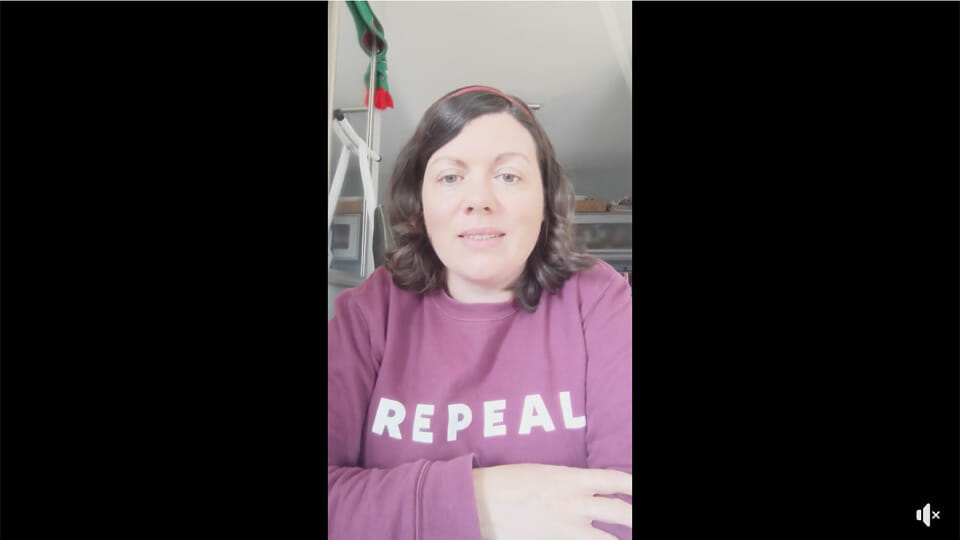 A video posted by the Cork City Libraries Facebook page has prompted widespread anger among some users after a guest contributor wore a Repeal jumper during her presentation on creative writing.

The 4-minute post by poet Kathy D’Arcy focused on writing tips to help with getting through isolation creatively, but it was her decision to advertise her views on abortion that caused opposition from viewers.

The video attracted dozens of disappointed and angry responses on Facebook: “Totally inappropriate for a library representative to wear a political and divisive emblem on their sweatshirt. I will be making a formal complaint,” wrote one mum.

“Hold on, is this a library funded by the taxpayer? This video should be removed. We love our weekly visits to the library but I find her jumper extremely offensive and this alone would turn me off going again. Kathy needs to step away from the camera if she’s going to use it to push abortion from our family libraries,” said another.

Whilst some commentators defended her decision, others said the video would have been pulled if she wore a pro-life message. Exception was also taken to the taxpayer-funded organizations displaying such messages, with one viewer saying, “We are all in lockdown trying to save lives…. and this city employee wears a top that promotes abortion…Absolutely inappropriate and should be sacked.”

Although it is unclear if Ms. D’Arcy is in fact employed by Cork City Libraries, some accused the page of showing bias and failing to be inclusive of other views.

Ms D’Arcy, a feminist activist according to her Wikipedia page, was also challenged on reconciling lockdown restrictions with her campaign for bodily autonomy: “The irony. My body, my choice and in the next breath attempting to restrict bodily autonomy by telling you can’t go out”, claimed an irate viewer.