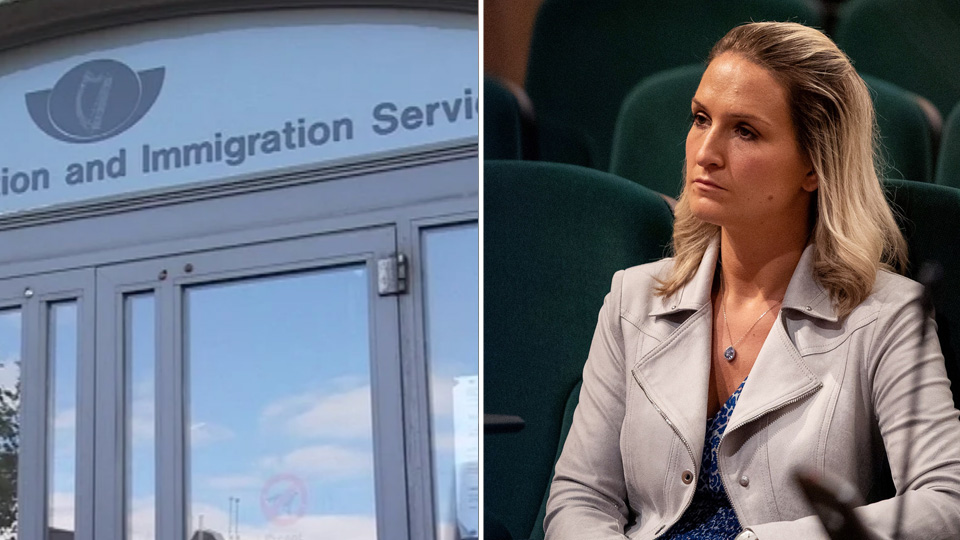 There is, in Ireland, a law against stealing cars. If you steal someone’s car, you are liable to be arrested, prosecuted, and, if convicted, either fined or sent to prison. If the Gardai recover the car you stole, it will be returned to its original owner.

So imagine for a moment how people might react if the Government simply announced that it was too difficult for the Gardai to prosecute people for stealing cars, and that they would instead institute an amnesty policy, under which anybody who had stolen a car, but not been caught, would simply be allowed to keep the car they stole.

Does that sound sensible?

Helen McEntee, the Minister for Justice, is preparing to give residency permits to around 17,000 undocumented migrants in the largest “regularisation” scheme in the state’s history.

The government recently granted permission to remain to around 2,200 former English language school students who had stayed on to work in jobs here after their visas expired.

For the uninitiated, “undocumented migrant” is the media’s nice phrase for “illegal immigrant”. If someone is living here and does not have valid documents entitling them to live here, then they are living here illegally.

In most cases, these are people who legally entered the country, but who chose not to leave when their student visa, or work visa, expired.

In cases where people are here illegally, and have no right to live in Ireland, the way the immigration law is supposed to work is that they are removed from the country and deported to the country of which they are a citizen. But in practice, that has not happened.

So the Government, having made a complete mess of enforcing the law, is now simply going to tell people who have broken the law that they can enjoy the fruits of their illegal behaviour and stay here for as long as they like.

Is there a case for doing this? Sure. For example, many of these people are in the same situation as Irish people living illegally in the united states. Like Irish people living in the US, they have overstayed their visa and live in a state of insecurity. If their parents get sick at home, they cannot go and visit them because they might not get back into Ireland. They may not be entitled to pensions, and various other important entitlements the rest of us take for granted. Their position, to be sure, is not a good one. Some would argue that the Irish Government can hardly lobby – as it does, endlessly – for the US Government to ignore the lawbreaking of Irish people, and give them residency, while not doing the same, in turn, for people living here. It would be hypocritical.

After all, what message does this send to people who might be considering breaking our immigration laws in the future? Just wait a few years and they’ll give you an amnesty. It’s worth the risk.

It is undeniably true that for many illegal immigrants, the cost of deportation, and criminal sanction, would be incredibly high. It might mean, for example, in some cases, that children would face seeing their parents deported. Applied strictly and uniformly, enforcing the law against all 17,000 illegal immigrants would result in some heart-rending tragedies.

But a commonsense approach would be to apply some prosecutorial discretion. The penalty does not have to be deportation in every case. But in some cases, it absolutely should be, even if that means that the deported person has to leave behind a home, a boyfriend or girlfriend, and a life. Because that life – with all of its privileges and benefits – was won by breaking the law.

Someone who lives here illegally uses up resources that they are not entitled to. They live in homes, while others cannot afford them. They take up hospital beds, when others need them. They sometimes receive welfare payments, when taxpayers fund them. Illegal immigration is an act of theft, but against a society, rather than an individual.

When we decide not to punish crimes, we send a message that the crime is acceptable.

We should not be surprised, therefore, when more people decide to commit it. This measure should be opposed.

But it won’t be. It’ll be passed, almost unanimously, because the alternative, for any TD, is to have questions raised about whether they might be a racist. That’s the mad country we live in.