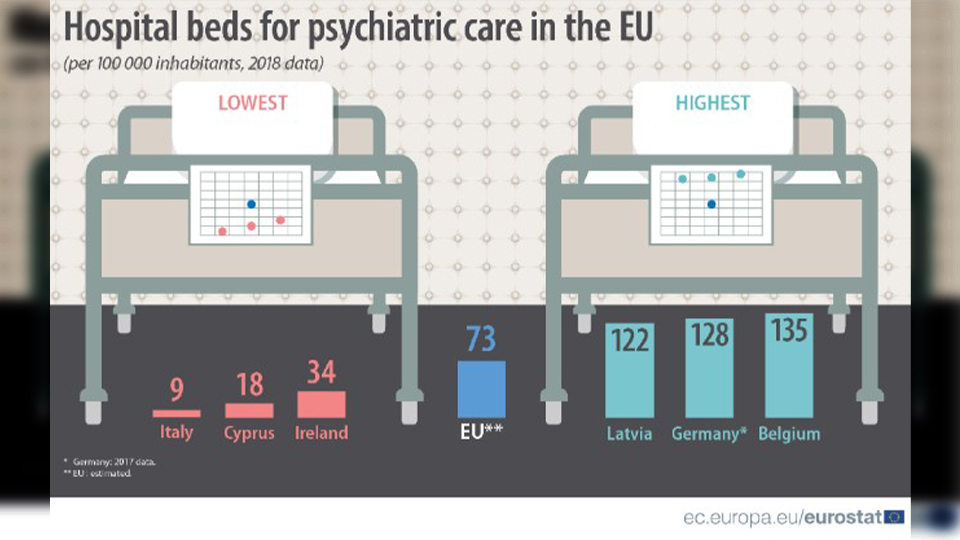 A new graphic from the European Commission provides an alarming depiction of the dearth of psychiatric beds in Ireland, especially in contrast to other European countries.

The European Commission in Ireland has published the findings of a new Eurostat Report which shows that Ireland had the 3rd lowest share of hospital beds for psychiatric care in the EU in 2018 at 34 beds per 100,000 inhabitants.

According to the Report, this is less than half the EU average of 73.

The Report also noted that in 2004, the first year for which data are available at EU level, the number of hospital beds for psychiatric care per 100 000 inhabitants stood at 79.

Since then the rate has decreased continuously.

PNA General Secretary, Peter Hughes said “the Budget allocation of €50 million to mental health was in reality an extra €38 million with €12million to go to support existing levels of services.”