After tens of thousands of Covid care home deaths, have we learned to care about the elderly? 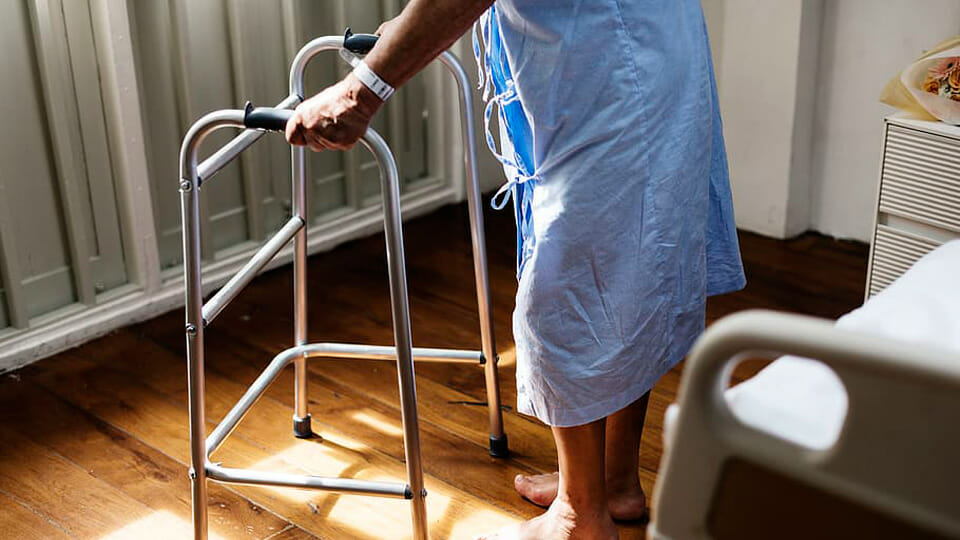 High death tolls have been one of great scandals of the Covid 19 pandemic. By May, a third (46,400) of all coronavirus deaths in the United States were among nursing/care home residents and workers. In New York state the toll was increased by thousands of recovering Covid cases being released from hospitals to nursing homes.

In Britain, official figures released earlier this month showed that almost 30,000 more care home residents in England and Wales died during the coronavirus outbreak than during the same period in 2019. Two-thirds were directly attributable to Covid-19, reports the Office of National Statistics.

“Care homes look after three per cent of Britain’s elderly population but accounted for 41 per cent of our Covid deaths,” says Telegraph columnist Fraser Nelson. The fact that similar ratios can be found in Spain, France, Denmark, Israel and Portugal, leads to the same question being asked in all these countries: “What went wrong in care homes?”.

The standard answer to the question of why Britain ended up with the highest Covid deaths in Europe, says Nelson, is that “a distracted and complacent Prime Minister didn’t focus until it was too late. He didn’t stop flights from China. Then, in a panic, he discharged Covid-infected pensioners into care homes, where the virus spread. Lacking the proper protections, the elderly were left to die – victims of government negligence.”

However, he says this “simple and powerful” hypothesis is “dangerously wrong”, pointing to similar disasters in care homes around the world. As to the NHS “seeding the virus into care homes”, if this were so, “we’d see a sudden boom in infections, but this didn’t happen.”

The fact that nursing home deaths were happening in other countries, including Sweden – which “didn’t lock down and has still had fewer deaths per capita than Britain” – shows that “something else was going on”.

That something was “a failure to protect care homes”.

Nelson explains: “It took ages to realise how many people are barely affected by Covid, carrying (and spreading) the virus without knowing it”. With its poorly paid care workers, some of them working in multiple homes, “the problem in the British care home industry” is “a refusal to pay decent wages, a dependence on casual staff and a reliance on agencies that can provide low-cost workers.”

Those homes that “did things differently saw very different results”, being largely spared the virus, while one care home in the Isle of Skye, which was “shipping in workers, including one from Kent”, found that out of 36 residents, 30 contracted the virus, six of whom died.

Although such stories might be shocking, he says, “it’s not really surprising – given that this is the same problem we saw during the spread of superbugs like MRSA. Those lessons weren’t learned.” Care homes argue that they depend on cheap, flexible labour, and that Brexit “makes it harder for them to import cheap labour and keep wages down”; however: “Their bigger concern should be what the Covid crisis has shown about their ability to protect those in their care.”

Apparently, Boris Johnson sees the problem as “high up” on his to-do list, but as Fraser Nelson concludes, it is more important to learn lessons from the Covid experience. In the event of a second wave he suggests care home workers “should be isolated and put up in a hotel if needs be”, and “forbidden from working in multiple homes.” Such an approach, he warns, “will cost, but looking after the elderly can’t be done on the cheap. The last few months have proved, yet again, the real price of low-cost care.” (“The real story behind Britain’s Covid care home crisis isn’t what you think”, Telegraph, July 10, 2020).

Sadly, he is right that this problem is not confined to the UK – although in New York, Governor Andrew Cuomo has had a much easier ride from the news media despite signing off an order in March forcing nursing homes to accept COVID-19 positive patients discharged from hospitals, leading to thousands of cases of Covid.

While the virus’s method of transmission is gradually becoming clearer, the underlying problem is that around the world, nobody cared much about the care homes; residents were out of sight, out of mind – until they were no longer residents but statistics. And the problem underlying this problem is that in modern politics there is no kudos in championing the elderly

This is especially the case when social justice warriors, with their divide and rule approach, are keen to stoke the grievances of the younger generations against their elders. Thus, old people are alleged to be guilty of “bed-blocking”, “house-hogging” and generally standing in the way of progress by being racist, bigoted and stigmatising behaviour of which, in their invincible ignorance, they disapprove.

This attitude is evident in the BBC’s decision to make over-75s – their most loyal demographic – pay for a TV licence unless they receive pension credit, leaving millions at risk of criminal prosecution. The national broadcaster prefers to obsess over attracting a young audience – which they assume is interested in drag queens, dreary drama, swearing, sex and violence – but is more interested in finding real entertainment elsewhere, and more able to find it.

There is something wrong with a society that sees a big burly man in a dress as more of a victim than a frail pensioner who may have lost their mental capacity and is completely dependent on the care (or carelessness) of others. The Judeo-Christian worldview, which sees the weakest as in need of most protection, has been elbowed aside, and the religion of social justice is today’s ruling ideology.

On the subject of the exploitation of low-paid workers – many of them immigrants – to maintain the care home sector, the cultural Marxists have been conspicuously silent, while the left-wing progressive classes see the answer to the “problem” of old people is to give them the right to die.

Needless to say, the right to live is low on their list of priorities, and old people are regarded as a nuisance. Making them expensive nuisances will simply boost the assisted suicide campaign.

In the current cult of victimhood, the biggest victims are the least visible, and until as a society we are minded to see the old, we will not re-order our priorities and place the weakest at the top of our list.

Unless we do, Covid-19 may prove to be merely a dress rehearsal for an even greater and more horrible disaster: from absent-mindedly killing the elderly, we may start doing it deliberately.

Helping mother out – of life?