A second election is starting to look very likely indeed. 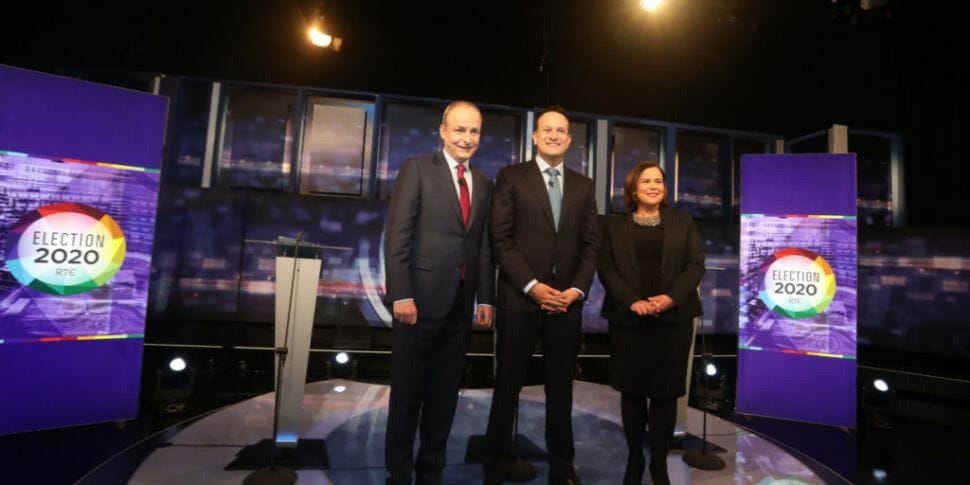 On Saturday, more than three weeks will have passed since the General Election, and Ireland still has no obvious Government in sight. It is now expected that the next attempt by the Dáil to elect a new Taoiseach may not take place until the end of March.

Shocking that there is no vote for Taoiseach on Clár of the Dáil for next 2 weeks. Pre-election urgency has evaporated. Crisis in Housing & Health! What crisis?

Politicians pirouetting on the plinth every day about gov formation is not going to provide 1 house or 1 hospital bed.

He’s quite right. All the crises that could not wait a single day longer just three weeks ago will now have to wait at least another month before anybody will take up the reins of power and try to tackle them. Add to those, of course, that the UK and EU are currently gearing up for the mother of all battles over the post-Brexit trade arrangements, and it’s a pretty bad time for the country not to have a Government.

Sinn Fein, for its part, is very clearly leaving the option of a second election on the table, and one might argue that a second election is what the party really wants. Its support has surged in post-election polls, with one recent survey putting it on 35% – enough, on a good day, to come close to winning 70 seats in the Dáil and for the party to form a Government with relative ease.

The recent rallies, and an apparent uptick in online advertising, suggest that the party is focused almost entirely on expanding and consolidating its public support in preparation for another election campaign.

What’s fascinating in all of this are the competing incentives at play. For Sinn Fein, at this moment in time, another trip to the polls seems very attractive. The other party that might well think so, paradoxically, is Fine Gael. Having just been giving a ripe old kicking by the electorate, the party might well have a stronger argument to make on a second run out – “you kicked us out, and what did you get? Chaos. Now, it’s us, or a Sinn Fein government”.

Mr. Varadkar also has the benefit of being the only person with the power to actually call such an election, if the thing drags on long enough. While President Higgins has the power to refuse an election, it would not make much sense to do so if no Government has been cobbled together by late March.

Varadkar might reasonably come to the view that with – to use Mary Lou McDonald’s phrase – the barbarians breaching the gates, an election campaign in which he as acting Taoiseach can make a case to the country that it’s him or the Shinners wouldn’t do the Fine Gael vote any harm at all.

Paradoxically, the smaller parties will be desperate to avoid a second election. Labour, for instance, is in the middle of a leadership election that is not due to end until April. Smaller parties on the left, many of whom owe their seats to Sinn Fein transfers, are likely to be the most threatened by a further election in which a buoyant Mary Lou actually runs enough candidates. One of Brid Smith, or Joan Collins, for example, will almost definitely lose to a second SF candidate in Dublin South Central. Gary Gannon in Dublin Central could find his stay in the Dáil very short when Mary Lou chooses a running mate in Dublin Central. A slight swing back to Fine Gael would unseat the Pope-hating Holly Cairns in Cork South West.

And then there’s the financial pressure – election campaigns are not cheap, and even the larger parties would find funding two campaigns in a year to be prohibitively expensive. Sinn Fein, having been the beneficiary of a very generous will just last year, might be the only party who can afford one.

But what, then, of the party we haven’t mentioned, the party that finds itself in the worst position of all?

The post-election landscape is rapidly polarising between Sinn Fein on the opposition left, and Fine Gael as the party with a mandate to go into opposition, having been kicked out of Government. Fianna Fáil, by contrast, is in a terrible position, with a leader who has now lost three General Elections and worse than that, no compelling message to take into another election campaign. Despite emerging level with SF on seats, the party looks and sounds demoralised, and lacking in energy or purpose. Fine Gael still has ministers and seals of office, and therefore is the public face of the anti-SF establishment. Fianna Fáil has no such advantage.

In a second election, FF could be the real loser from a realignment of the electorate, as anti-SF voters herd back to Varadkar, and pro-change voters flock to the Sinn Fein banner.

Since the election, Martin has pursued a strategy of trying to bounce Fine Gael into an arrangement to make himself Taoiseach with the support, formally or through a confidence and supply agreement, of Mr. Varadkar. The problem is that nobody, outside of the independents, has any incentive to do business with him. A smaller party making an arrangement with FF can probably kiss goodbye to those vital left-wing transfers. Fine Gael has no need, or mandate, to make itself irrelevant by becoming the second fiddle player in an FF Government.

The only arrangement that makes sense for Fianna Fáil is for the party to seek to lead a coalition with, in fact, Sinn Fein. But the party has ruled that out as well.

The chances of forming a Government come down to a simple calculation: For it to happen, one party is going to have to engage in a humiliating climbdown from a position it presently holds. For Fine Gael and Sinn Fein, for differing reasons, a second election is not such a bad outcome. If you want to figure out which party is most incentivised to make a climbdown, therefore, look to the party with the most to lose from a second vote – that’s Fianna Fáil.

But speaking to Fianna Fáilers in private, they’re resolute – if they mean what they say, then even if Martin was to propose a deal with SF, the membership would reject it. In fairness to FF, they seem very clear that power will not be bought at any price, and coalition with SF, if they are to be believed, is a bridge too far.

Which leaves only one viable option – we vote again, and this time we pick one of the three parties to actually lead the next Government. And in the process, we probably end the life of either Fine Gael or Fianna Fáil as a major party of Government in Ireland.

It could be a momentous spring.