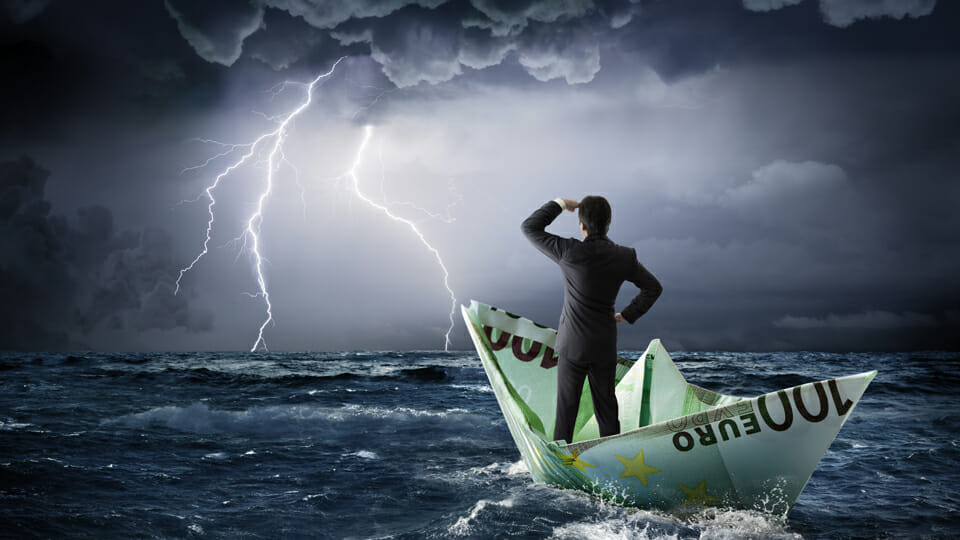 Economist, Professor Ray Kinsella, writes that a recent decision by the German constitutional court will finally force the ECB – and the EU – to confront the dire failings of the Euro, which are once again being exposed by Coronavirus.

The decision by German Constitutional Court (GCC) sitting in Karlsruhe to challenge the ECJ 2018 decision legitimizing the ECB’s bond buying programme, and to impose conditions on the future participation by the Bundesbank, has led to consternation by the European establishment.

It is being projected as a direct threat to the Independence of the ECB – an assault on the ‘rule of law’ – an incitement to (yes, you have guessed it) those pesky Poles and Hungarians, always ready to make trouble for Brussels. Foolishly, the President of the Commission Ursula Van der Leyden has raised the possibility of taking Infringement proceedings against Germany. That bears thinking about. It could, for example, mean that Germany would be required by the ECJ to intervene in, and override, its own Constitutional Court –which is constitutionally independent of Government – on an issue for which it was not responsible. Good luck with that.

Articles 123 of the Treaty on the Functioning of the Europe Union (TFEU—there is a metaphor in there struggling to get out) prohibits the ECB from actions that would directly finance government deficits. TFEU Article 125 enjoins the ECB to a ‘No Bailout’ clause. The original intent was to ensure that the ESCB’s did not enable fiscal laxity and jeopardize the ECB’s single mandate of delivering price stability. That requirement was cut and pasted from the Bundesbank– that is the legacy of inflation history for you.

But we live in different times.  The ECB insists that it has the necessary instruments to do its job and, also, the flexibility, in exceptional circumstances, to develop and use ‘un-conventional’ instruments to carry out its mandate. The reality is that for all its portentous talk about necessity, proportionality and judicial control, the ECB has reached a stage where it is making it up as it goes along. And all of the indications are that ‘exceptional circumstances’ are going to last for quite some time.

The ECB’s statutes did not envisage any such circumstances. It’s not the first time has ‘events’ have run ahead of what those who designed the Eurozone. A flawed and asymmetric monetary union is now mired in a limbo of negative interest rates and dependent on an exponentially increasing set of ECB acronyms, kicked off by QE.  It operates in the shadowlands: a single currency and monetary policy but not a unified fiscal policy. That was a step too far for Project Europe – political cowardice or the utter folly of Federalism, take your pick.

The consequence is that every time there is an exogenous ‘shock’ to the Eurozone, the ECB is impelled to compromise its own statutes by more ducking and diving –  and a willingness to add any ‘security’ that isn’t nailed down to its already waterlogged balance sheet while pretending that Articles 123/125  still prevail. The ECB currently holds over 2 trillion securities. Italy is in deep trouble and, tragically, it’s a country that has been decimated by Covid -19. It has too few babies, too much debt (over 160% GDP, and heading north) and a stalled economy. An ECB (or member central bank – say, the Bundesbank) that continues to add Italian Government bonds to its balance sheet is driving a coach and four through its own statutes.

The GCC has called time on this. Let us be clear. The ECJ takes precedence over GCC. Having said that, Karlsruhe is not attacking the Independence of the ECB. Its saying that the ECB, under covering fire from the ECJ, has exceeded its mandate – as common sense would suggest it has and presently  is intending to continue doing. Karlsruhe is affirming that this has compromised the mandate and functioning of the Bundesbank (which it, equally clearly, is)– and it is requiring it to spell out what it intends doing about it.

The ‘injured innocence’ of the ECB is not easy to watch. Behind the marble and gilt, it is a tough streetfighter. One remembers the ‘strange oaths’ that were uttered against Ireland in 2011 when the Irish government wanted to ‘burn’ foolish Investors in a rogue bank. Or the treatment meted out to Greece in 2016 when the ECB refused to accept Greek Bonds as collateral, putting politically oppressive pressure on a member country going under for the third time.

There is no prospect of fiscal union in the foreseeable future – indeed, President Macron has made it clear that there is now an existential threat to the EU. There is no willingness to endorse debt-sharing. The ECB’s asset purchasing programme, combined with the ESM, holes the ‘No Monetary Financing’/No ‘Bail-Out’ clauses below the waterline. It is no part of ECB’s mandate to compensate for a lack of political foresight in the design of the Eurozone or repeated political failures in Brussels.

The reality is that the bureaucracy is working on a ‘fudge’ that will try to get each of the protagonists out of this situation with a minimal loss of face. And that’s part of the problem. There can be no reduction in uncertainty – which is arguably the second biggest problem facing Europe – until there is clarity. Karlsruhe are right in bringing matters to a head.

The ECB’s Statutes are not ‘fit for purpose’.  Provide the ECB with a dual mandate –like the US Fed – directed at price stability and, also, supporting employment and growth. Karlsruhe has done us all a big favour by calling time on the ‘Alice in Eurozone’ world of the ECB’.

Communist China: The Heir to the Soviet Union