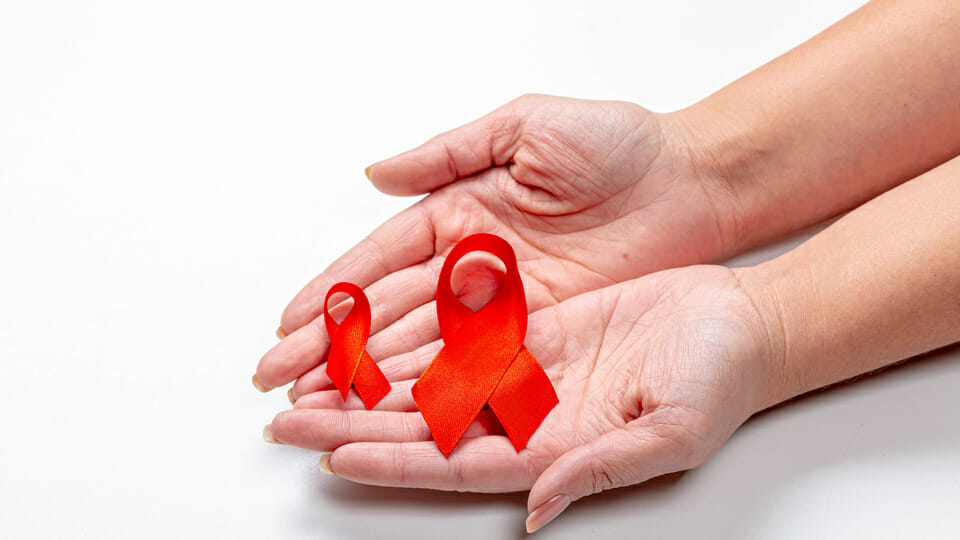 This in turn results in the ‘gradual and persistent failure of the immune system, resulting in heightened risk of life-threatening infection and cancers.’

It has wrought absolute carnage in the human population since it was first diagnosed in 1981.

In fact, UNAIDS have estimated that more than 65 million people have been infected with HIV, and more than 25 million have died of AIDS since 1981.

Worldwide, more than a third of all new infections among adults are in young people 15 to 24 years of age.
In the majority of cases HIV is a sexually transmitted infection.

However, HIV can also be transmitted from a mother to her child, during pregnancy or childbirth, or through breastfeeding.

There is a view however, that HIV/AIDS is a condition that has somehow lost its lethality and that high rates of infection are a thing of the past.

There is some truth in this of course.

Major advances in antiretroviral therapy (ART) has saved millions of lives-where it can be accessed. As always those in poorer and developing areas like sub-Saharan Africa fare considerably worse than sufferers in say France or Germany.

There is certainly no room for complacency here in Ireland. Indeed, some campaigners have recently pointed out that rates of diagnosis here are higher now than during the Aids epidemic of the 1980s and 1990s, with one person being diagnosed every 17 hours.

That is a phenomenal and deeply alarming statistic.

The most recent information from the HSE’s Health Protection Surveillance Centre showed that there were in fact 528 HIV diagnoses in 2018 in Ireland, a rate of 11.1 per 100,000 population.

According to the HPSC this is an increase of 8% compared to 2017 (n=490).
It also notes however that one third (32%) of the people diagnosed in Ireland in 2018 are in people who had been previously diagnosed HIV positive in another country.

Given the scale of the human suffering involved and given the scale of the economic response needed to combat the epidemic (ranging from $19 billion to $35 billion a year by 2031)-it is genuinely heartening to see that real progress is now being made in developing a ‘cure’ for HIV.

As reported by in the New York Times, 40-year-old former chef, Adam Castillejo, has revealed  that he is only the second person in the world that physicians believe has been cured of an HIV infection.

The first person to be ‘cured’ was Timothy Ray-Brown in 2015-the so called ‘Berlin Patient.’
In one sense, what males Adam Castillejo’s case more significant is the fact that we now know that the 2015 result was not one-off random occurrence.

This means that the cure for HIV is now increasingly open to replication.
Castillejo’s doctor had initially spoke about this development last year at an HIV/AIDS conference and in a Nature paper.

An article was then published in The Lancet on 10 March this year with the epoch-making claim that Castillejo has been in HIV-1 remission for 30 months with no detectable replication-competent virus:

“We propose that these findings represent HIV-1 cure.”

Entire continents and generations of scientists and physicians have waited to read these words.

It is an astounding advance-particularly at a time when humanity is feeling more than usually vulnerable and without defence from another destructive and horrendously indifferent virus.

The contributors to the Lancet article did provide important caveat’s however:

“Despite showing that..directed approaches can lead to long-term remission of HIV-1, several barriers remain to be overcome (eg, gene editing efficiency and robust safety data) before CCR5 gene editing can be used as a scalable cure strategy for HIV-1.”

This means that there is still a job of work to be done in terms of translating the research data and findings into a suitable method of population level treatment.

Regardless, this is amazing news and one that offers enormous hope for the poorest of the poor, who are so often children and women that have contracted HIV due to inhuman levels of sexual exploitation.