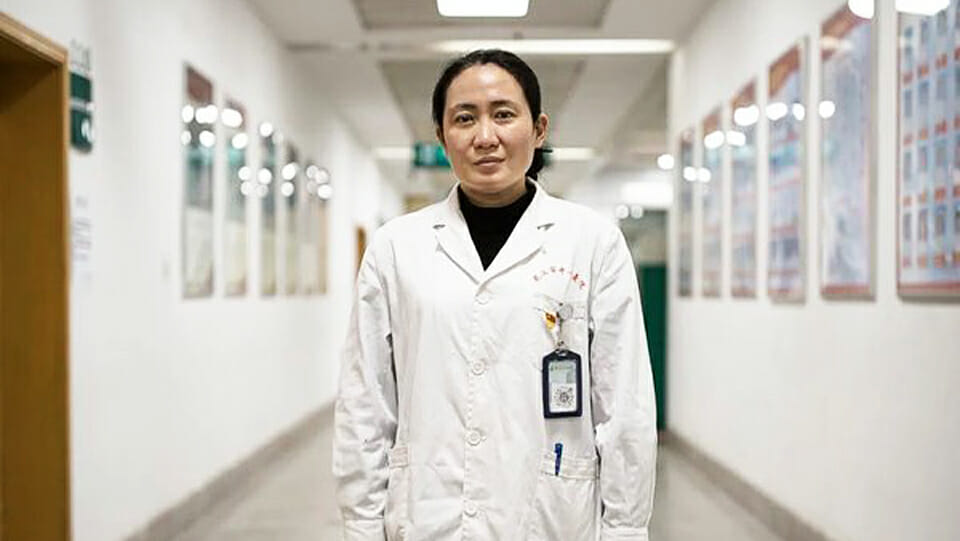 60 Minutes Australia is reporting that Dr Ai Fen, head of the emergency department at Wuhan Central Hospital, has disappeared.

Update: A video is currently circulating on Weibo claiming to be a recording of Dr Ai speaking at a online event after her reported disappearance. The video is short, and has no sound, but it does appear to show Dr Ai speaking. We’ve, so far, been unable to verify the authenticity of the video but we have added it to the bottom of this article.

The doctor came to public prominence two weeks ago, when she gave an interview to the Chinese publication Renwu. In that interview she criticised the Chinese authorities, saying that in late December she had informed the authorities that something similar to Sars was spreading in Wuhan. She said the response of the authorities was to tell her she was forbidden from discussing the situation with anyone and that the hospital had even changed the diagnostic results of a patient, a nurse, in order to cover up evidence of the virus.

Just two weeks ago the head of Emergency at Wuhan Central hospital went public, saying authorities had stopped her and her colleagues from warning the world. She has now disappeared, her whereabouts unknown. #60Mins pic.twitter.com/3Jt2qbLKUb

After her meeting with the authorities she says she went home and told her husband he might need to raise their child on his own if anything happened to her.

Dr Ai also said “The patients who died in the emergency department were all undiagnosed and not considered confirmed cases”, and that she knew that there must be human-to-human transmission as the food market where COVID-19 is believed to have originated had been closed down but cases were still increasing.

A third-party English translation of the interview Dr Ai gave to Renwu can be found HERE.

Dr Ai’s Weibo account appears to still be active, and shortly after the 60 Minutes Australia episode aired she posted a status which said “One river, one bridge, one road, one bell” over the below photo.

Attempts to contact Dr Ai received no response but according to her social media accounts she is scheduled to appear at an online conference this Thursday.