We’ve only got twelve years left folks. The Amazon is on fire, the polar bears are all dead, and we are doomed, totally doomed, without even a good steak to get us through the apocalypse.

I don’t know really why you’re headed to work today, or why all those Irish Times columnists and Greenpeace activists are paying mortgages and sending their kids to school when it’s all over for mankind, sorry humankind, because we’ve failed to listen to the NGOs who make a living from telling us the end of the world is nigh.

Nobody actually believes this, of course, despite the never-ending slew of #ClimateStrike posts on social media.

We can all count on one hand the number of people we know who have ditched their smart phones and cars and foreign holidays and gone to live off the electric grid in a yurt in the fields of Longford because they really, truly believe we are facing a catastrophic climate emergency.

But everyone likes to virtue-signal and say that Something Must Be Done, so school kids will join the Climate Strike today, taking photos on their (unethically produced and environmentally damaging) smart phones and getting a lift home from Green-party-voting Mum in the range rover, but its all just meaningless really because everyone waving placards about the planet this afternoon will be back to their life of uber-consumption by the evening.

In fairness, however, maybe its not just all rank hypocrisy. At some level, perhaps without realising it, maybe we don’t really believe the world is going to end because climate hysterics are not actually that persuasive.

With that in mind, here’s 5 reasons why no-one actually takes climate emergency seriously.

1.The hysteria is hard to sustain

We’ve been hearing for decades that we are all doomed, yet we’re all still here. Doomsayers have been predicting climate and environmental disasters for the past 60 years, but none have actually come true.

In 1989, for example, the UN was warning that global warming would lead to “rising seas” that would “obliterate nations”. We only had 10 years to act, they prophesied, or it was too late. That never happened.

Then the Guardian, in 2004, claimed that Britain would be plunged into a “Siberian climate” by 2020, with nuclear conflicts erupting across the world. They got that wrong. 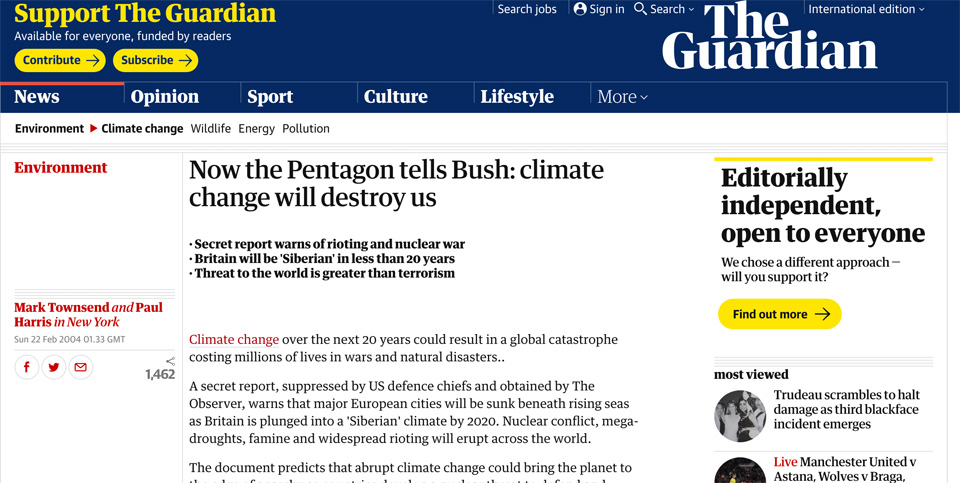 In the same year, the French Foreign Minister said we only had 500 days to stop “climate chaos”. As more than one wag observed, the deadline came and went and the planet is still standing.

You can find lots more of these apocalyptic headlines here: it’s actually a fun read.

So the lack of actual world-ending events might mean the hysteria is wearing a bit thin. There’s an old story about this sort of thing, something to do with a boy crying wolf. Maybe Extinction Rebellion could look it up.

2. The hypocrisy is mighty offputting

The elites in Davos might find this hard to believe but people don’t take them seriously when they lecture the peasants on sustainable living from their private jets and super yachts.

The same applies to all the heads of state and celebrities living flashy lives while telling ordinary folks they are ruining the planet.

It’s entirely reasonable for people to want to make their lives more comfortable and to enjoy themselves, and also to resent people living in glass houses firing about great big stones. Nobody has anytime for movie stars with five houses when they say we have to stop consuming so much energy. 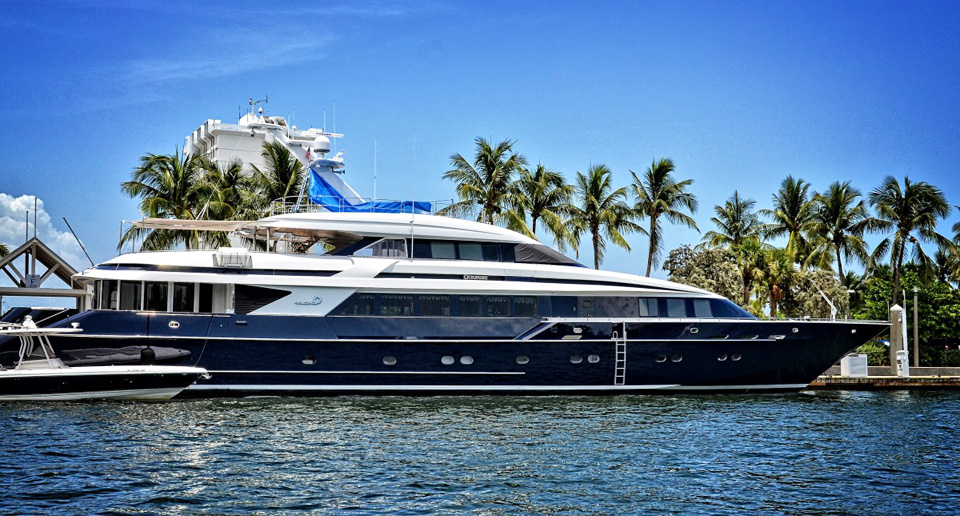 Of course, the hypocrisy also applies to the low-level doomsayer. We might all think the kids skipping school to save the planet are cute, but we know they take lavish showers twice daily and never get off their screens.

If the climate emergency crowd want to be believed they need to actually lead by example. Off to that yurt with the lot of them, and no sneaky trips back to the Oscars either.

3. Then there’s the stuff that doesn’t add up

Ten years ago, Al Gore, the former US Vice President and Doomsayer in Chief, predicted that by 2013 the arctic ice-caps would be all gone. The inconvenient truth is that they are still there – and according to data  from the National Snow and Ice Data Centre the ice has actually increased since 2012.

Similarly, polar bears, and their supposed inevitable extinction, are frequently used to emphasise the point that we are destroying the planet and sending all known life into extinction. But Canadian zoologist Susan Crockford, an expert in these large animals, says that polar bear numbers are actually recovering  from the over-hunting of the last century and inching upwards.  The people at revered National Geographic Magazine were red-faced last year when they used a clip – viewed by some 2.5 billion people – of a starving polar bear to claim “This is what climate change looks like”. In fact, as they were forced to later admit, the bear may have simply been suffering from old age, sickness or injury. Getting caught out when whipping up hysteria doesn’t help your credibility. 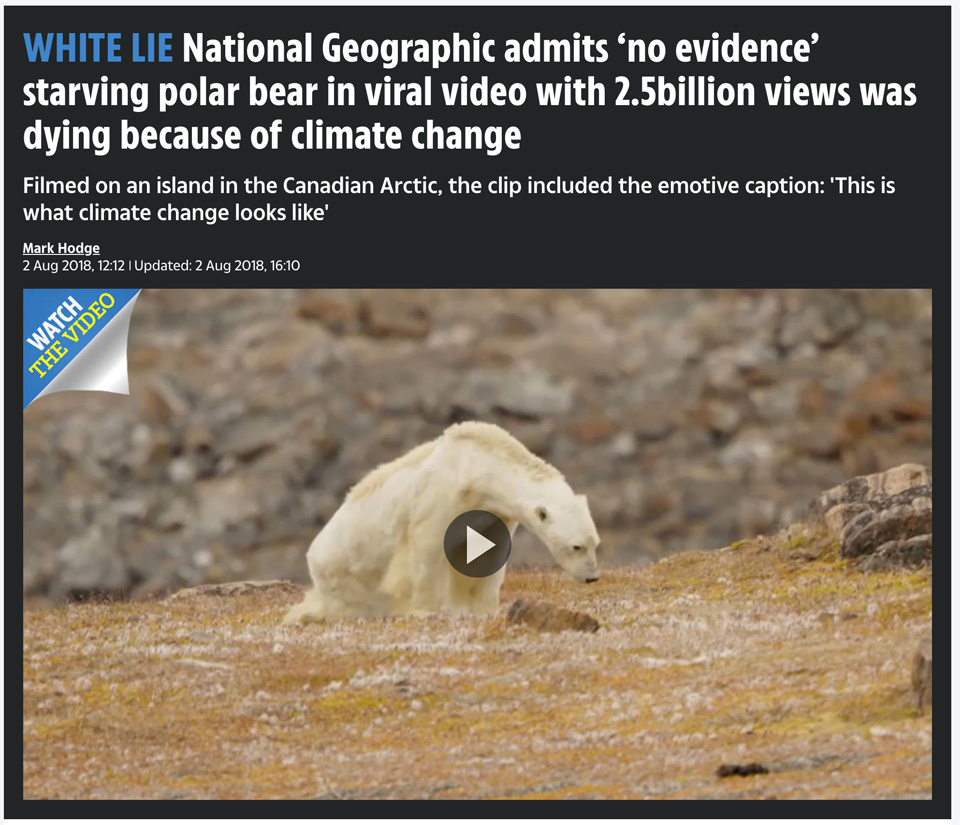 We’ve been told for years that the gradual increase in the level of CO2 in the atmosphere is the most alarming part of the climate crisis, and is leading to drought, desertification, food shortages, starvation and ruination. But, in fact, research published in Nature Climate Change (and mostly ignored by the world’s media) shows that the earth has actually got greener over the past decade.  The scientists found that “rainforest losses have been offset by increases in biomass in other parts of the world” and they found “unexpectedly large vegetation increases in savannas and shrublands of Australia, Africa, and South America. Previous analyses have focused on closed forests and did not measure this increase.” It’s believed that an increase in the atmospheric concentration of CO2 – an element absolutely essential to to all life forms, including plants – may have contributed to some 70% the unexpected greening of parts of the earth.

Of course, these good tidings, like any thing that goes against the climate crisis narrative, is just dismissed by the climate warriors. “Never let the good news get the better of you,” as the saying goes.

Sky News host Andrew Bolt recently said that climate activists were motivated, not by science, but a devotion to their cause that had become like a religion. “The facts don’t matter,” to them, he claimed. He may be right.

4. And the lack of solutions

Although scary headlines sell newspapers, and fear may still one of the best ways to raise public concern, people still like to hear the good news.  Greta Thunberg and others are calling for a global emergency on climate change but they are short of solutions. It’s like running around screaming that the house is on fire but refusing to think about using the fire extinguisher. 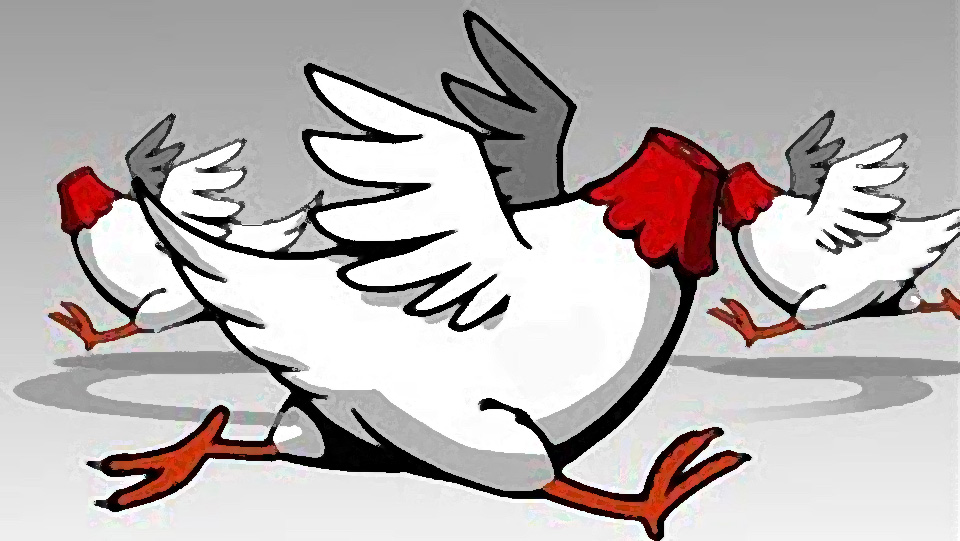 Those of us who would like the world – and human progress – to continue, may share what journalist Matt Ridley describes at “rational optimism”. Ridley believes in human innovation and in the power of people to find solutions to challenges. So when we run out of fossil fuels, we will find alternatives – and we’re working on that. When the world’s population started to grow rapidly, we improved food production. In fact, according to the UN, the “proportion of people who are unable to consume enough food for an active and healthy life has declined to 12.9 percent of the population, down from 23.3 percent a quarter of a century ago.”

Finding solutions to the challenges  seems to be a better way to deal with any climate problems rather than running around like headless chickens shrieking that the house is on fire.

Like many a movement build on scaremongering. climate warriors brook no dissent, especially when the dissenter is an actual scientist who actually knows what he or she is talking about and has the data to back it up.

Those people must be destroyed.

He argues that coral reefs in the area are actually healthy and are not being damaged by pollution from farming. He caused further consternation when he wrote  that the method of assessing the damage caused to coral reefs by pollution or warmer waters was flawed.

Dispute and the defence of ideas are supposed to be key to the scientific method. But in this environment of climate hysteria, Ridd was fired by the university.  “Does this mean that we have no right to ask questions, to doubt, or to just ask for some decent quality assurance?” he asked at the time.

He sued, and the judge hearing the case awarded him AUD1.2 million, partly because the University had been so vindictive. “The fact that JCU has not removed either of their press statements (despite my judgment) is almost tantamount to an attempt to ensure that Professor Ridd does not obtain employment in this field,” he said.

It’s all a bit much for people who are supposed to be the saviours of humanity.

So for #ClimateStrike I’m having a glass of wine with a juicy steak, and looking forward to human innovation continuing our progress on this green and beautiful earth. Cheers!

Máirín de Barra is a Dublin based writer

McGuirk: “Media spends its time congratulating politicians on their socks”