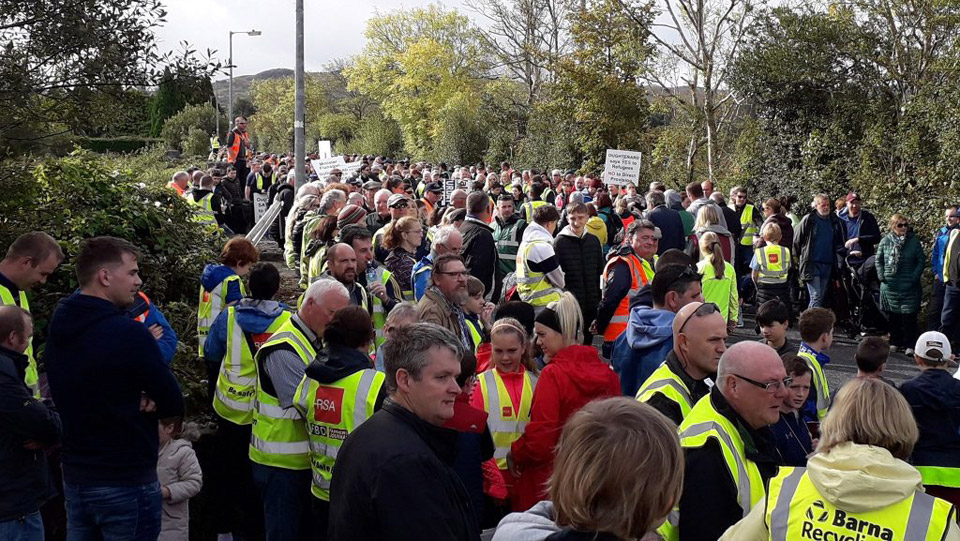 Thousands of people have joined a second silent march in Oughterard, Co Galway, as local opposition to a direct provision centre being imposed on the small town grows.

Organisers said that the turnout reached some 3000 people and that locals were opposed to the centres because they treated migrants and asylum seekers in an “inhumane” way. They also said that the Department of Justice had ignored the concerns of the community who had not been consulted on the issue, and who only learned that the centre was being prepared when builders started work on the Conemara Gateway Hotel which had been closed for years.

Participants carried placards saying Oughterard said ‘Yes to refugees, No to direct provision’. They said they had decided the demonstrations would be silent to represent that their voices,and the voices of refugees, were not being heard.

Banners indicated that Oughterard was being supported by other towns in Connemara. 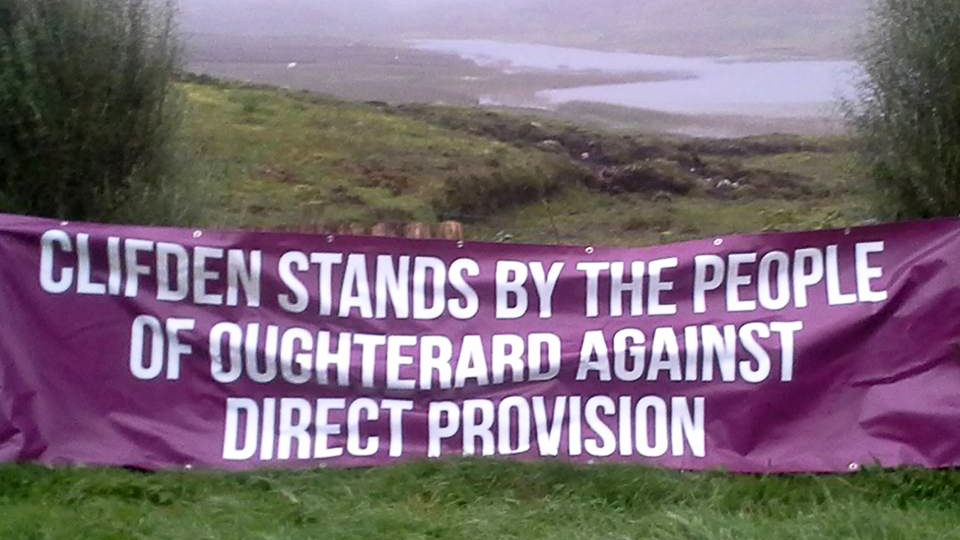 Local resident, Rory Clancy, told Gript News that direct provision centres were “like an open prison” where people were treated like cattle and the local community was firmly opposed to that. He called for the authorities to find solutions rather than name-calling the people of Oughterard.

In a message seemed to be directed at the Minister for Justice, Charlie Flanagan, the protesters earlier tweeted that “Oughterard is not stepping back. Oughterard is stepping up”, adding that the town wanted to be “a platform for positive change”.

Minister Flanagan last week ordered people to “step back” from protests and accused groups of trying to “whip up hate”.

However, local independent councillor Thomas Welby, firmly rejected accusations of racism at the march today, saying people had always been made welcome in Oughterard.

Mr Welby and others called on the owner of the former Connemara Gateway Hotel to share information on what was planned for the building.

There were also calls for the Minister for Justice to come and talk to the people of Oughterard.

A 24-hour protest at the site of the hotel will continue, the demonstration heard.

Activists call for apology from Taoiseach after Russell statue attacked