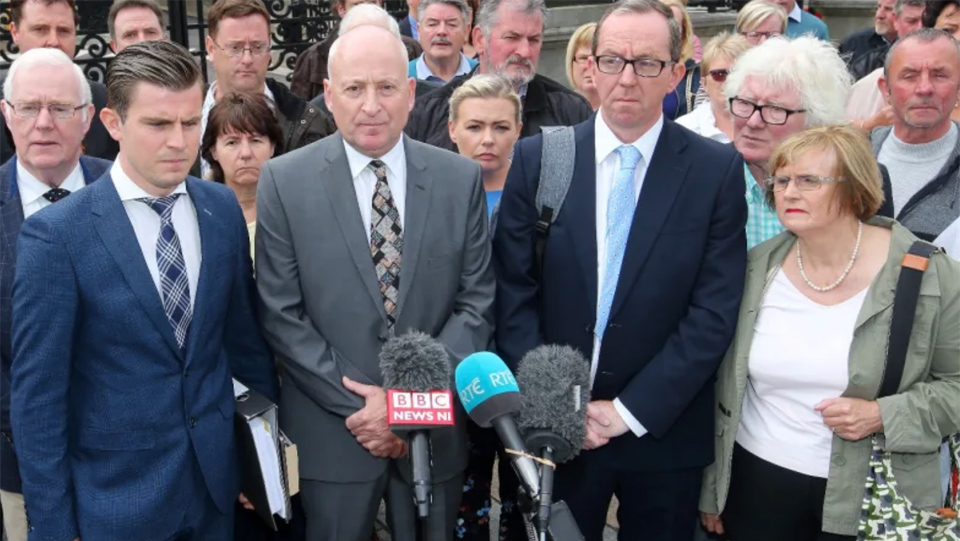 Aontú Leader Peadar Tóibín has revealed that he has asked three separate Taoisigh over a period of 5 years to meet with victims and survivors of the notorious Glenanne Gang. The loyalist gang, who are estimated to have carried out the sectarian killings of 120 Catholics was the subject of a documentary “Unquiet Graves”  broadcast by RTÉ last night.

“The Glenanne Gang is understood to have murdered 120 people almost all who were Catholic or Nationalist. The murders were visited on innocent civilians for the purpose of instilling fear into the heart of the Catholic community. Hundreds of other attacks were launched causing serios injury or damage to property by this gang mostly in what was called the “murder triangle” area of counties Armagh and Tyrone in the North of Ireland. Attacks attributed to the group include the Dublin and Monaghan bombings, the Miami Showband killings and the Reavey and O’Dowd killings,” said Deputy Tóibín.

The Glenanne Gang was made up of Loyalists paramilitaries, the RUC and the British Army. The vast majority of families have never heard the truth of what happened to their families nor have the perpetrators been brought to justice, he said.

“On the 23rd of July this year I formally asked the new Taoiseach Mícheal Martin to meet with Denise Mullen and a number of other victims and survivors of the Glenanne Gang. Denise was 4 years old when she witnessed her father Denis Mullen being murdered. Mr Mullen was a father of two and was gunned down at his Collegelands home near Moy, Co Tyrone, in September 1975. The 37 year-old’s wife Olive miraculously survived the shooting by running across fields behind her home. This request has never been even acknowledged.”

“None of the Taoisigh have ever met these families who simply seek some assistance in their quest for the truth. I welcome the broadcasting of the “Unquiet Graves” documentary. I hope that it awakens a real understanding of the horror and grief that was visited on a community by the Loyalist and British Military. I am reiterating our call for the current Taoiseach to finally meet with these families and give them the help that they need,” said the Meath West TD.

In November 2019, it was announced that former Bedfordshire Chief Constable Jon Boucher had been appointed by the British government to conduct an independent inquiry into the Glenanne Gang. That followed an admission by the Northern Ireland Chief Justice Declan Morgan that the families of the victims had not been given proper consideration, and a British Court of Appeal ruling that a full investigation should take place. A previous decision to establish a full independent police inquiry had been challenged by the former PSNI Chief Constable, Sir George Hamilton.

The Boucher inquiry has set up a website Operation Kenova which is seeking information from anyone who had contact with the Glenanne Gang.