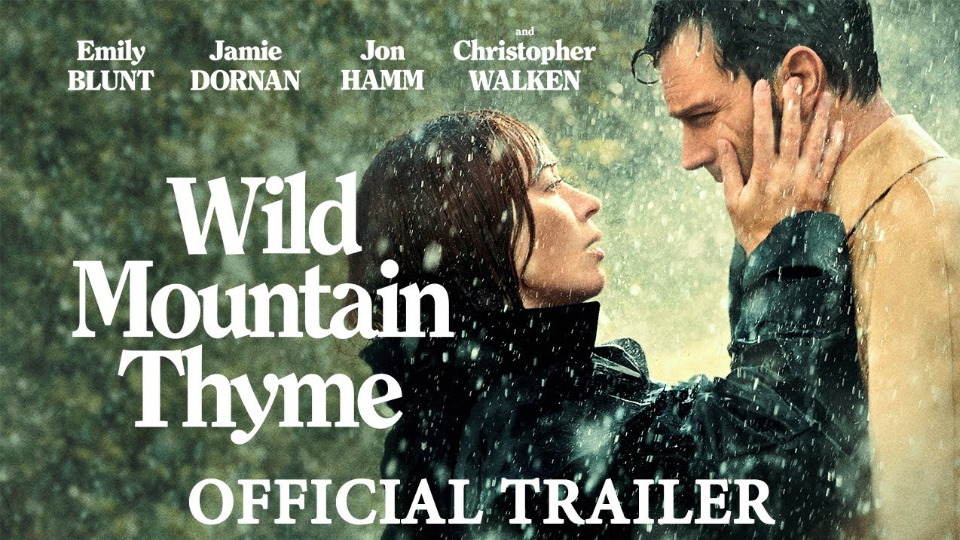 Wild Mountain Thyme is an upcoming RomCom set in Ireland, and though it hasn’t even been released yet, Irish twitter is already giving it both barrels.

Due to be released in December of this year, the premise seems fairly straightforward – an Irish dad threatens to give the family farm away to his American nephew, rather than his own son, and familial chaos breaks loose. Which is fine as far as movie ideas go. In fact, the movie has been trending on Twitter all day since the trailer was released.

Unfortunately, it’s probably not trending for reasons the directors would like. As it turns out, several of the film’s stars – including Christopher Walken and Emily Blunt – are not the most proficient at Irish accents, which is a bit of a problem if you’re starring in a lead role set in Ireland. Apparently there is a comedic chasm of difference between what American directors think we sound like, and how we hear ourselves.

Just take a listen for yourself.

What is love? Is it a quest, or madness? Watch the trailer for #WildMountainThyme starring Emily Blunt, Jamie Dornan, Jon Hamm, and Christopher Walken. Written and directed by John Patrick Shanley. In theaters and on demand December 11. ☘️💫https://t.co/JBRJw0LUGc

Reactions have been predictably hilarious.

Best of all is this classic from Foil, Arms and Hogg.

And then this brilliant remakes:

I made Wild Mountain Thyme even better. pic.twitter.com/Uu4nGuxc61

Even the Leprechaun Museum was in knots.

Even we think this is a bit much #WildMountainThyme https://t.co/Pl7SA4JoK6

This comment on the #WildMountainThyme trailer says it all really. pic.twitter.com/IP4chJp1Sb

This obviously looks terrible in ways which can barely be described. But I'm not going to lie. I am so into watching Christopher Walken lose his battle with an Irish accent. https://t.co/UrQGSopiRc

#WildMountainThyme is the greatest advert for keeping cinemas shut that has ever been made.

Went for a short walk just outside Mullingar today.#WildMountainThyme pic.twitter.com/IxYKAaoERf

That new Jamie Dornan film looks looks like an excellent portrayal of Irish life and the accents appear spot on. #WildMountainThyme pic.twitter.com/4cHddhorKT

We're not even sure a credit union loan could save those accents.. 👀#WildMountainThyme https://t.co/4Qtc2Zro5w

And maybe an alternative view…

Devil's advocate here… you know the way when people hear themselves on tape and say 'Oh God, I don't sound like that do I?' Well… is it possible that this is actually what we sound like to the rest of the world? #WildMountainThyme https://t.co/r6tNVJn9gy

If you want to see for yourself if the “fillum” is as bad as expected, or if it will pleasantly surprise us all, Wild Mountain Thyme will be released December 11th, just in time for the cinemas to (hopefully) re-open.

Good news: Aliens are broadcasting radio to us from another Galaxy

A definitive ranking of the top ten Christmas Carols