Woman in mandatory quarantine hospitalised due to stress 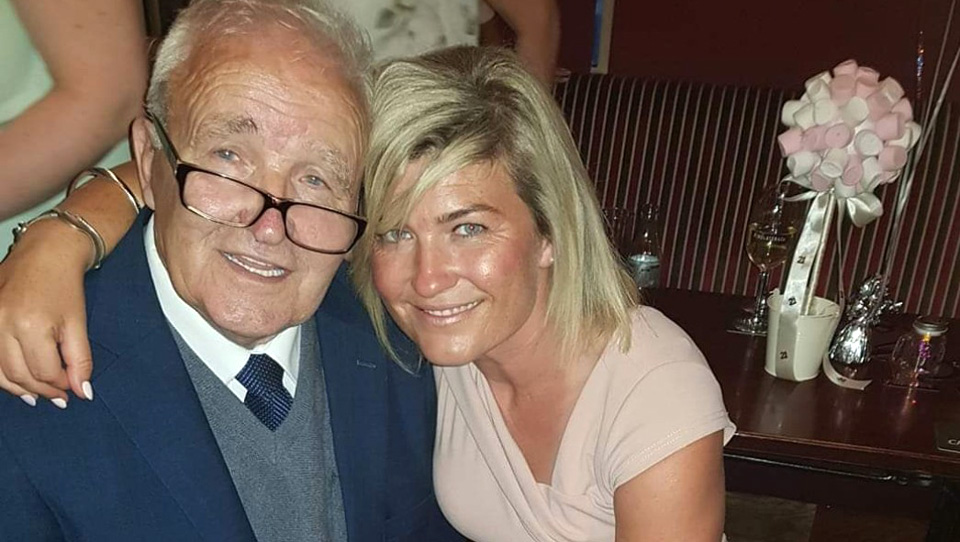 A woman was transferred from mandatory hotel quarantine to hospital last night (FRI) suffering chest pains due to stress.

Cindy Connolly travelled to Dublin from the UK to care for her 79 year old father who was released from hospital earlier this week  after suffering an adverse reaction to Pfizer’s Covid 19 vaccine.

She got a lateral flow test from the NHS and tested negative for Covid 19 but was told on arrival at Dublin airport she needed a PCR test.

“Dad had his second Pfizer jab about two weeks ago and became unwell a day or so later.

“He was released from hospital earlier this week and I booked a flight home because I wanted to be there to take care of him. I want to be there with him, I want to make sure he’s okay, that he is eating well, I want to build him back up,” she said.

Ms Connolly was admitted to the Mater Hospital at 8pm last night after developing chest pains which she says resulted from the stress of her detention in hotel quarantine. She was released from hospital back to the Croke Park Hotel in Dublin around 4am.

On arrival at Dublin airport on Friday morning she produced a negative lateral flow test but was told she required a PCR test.

“I told my dad don’t worry I’ll be home in a couple of hours but that didn’t happen,” she said.

“Dad was in a car crash years ago when I was sixteen. My mother died in the accident. He has metal in his right side as a result, he can’t walk very far. I am so upset, I have been bawling. I just cannot believe this is happening,” she said.

“What kind of country is this? I was coming home to look after my dad. I wasn’t even been offered any food or anything. I hadn’t eaten since 5.15am yesterday morning,” she said.

Around 8pm last night Ms Connolly contacted staff to report feeling chest pains and an ambulance was called. She was put on an ECG monitor and received a negative PCR test from the hospital. She was later transferred back to the isolation facility.

“This is ridiculous. I am so disgusted. I am so disappointed in this country, in this government,” she said.

This morning (SAT) she is waiting to hear whether or not she can leave the hotel and go to her father’s home.

Speaking of her experience at 6pm yesterday, before she was hospitalised, Ms Connolly said she was upset and in tears.

“I feel like throwing myself off the roof. I am a grown woman. I am not even allowed to go outside for a breath of air or a walk around. I was in tears when the girl escorted me to this room and I have not seen anyone since. Nobody has come to check on me, tell me what is happening; bring me some food, nothing,” she said.

Ms Connolly planned to travel from the airport to her father’s home in The Ward, north county Dublin to care for him.

“Dad had his first shot on April 1 and his second shot on April 29 and the next day he had a fever, cough and numbness in his legs. The doctor advised he call an ambulance and he was taken to James Connolly Hospital in Blanchardstown. He spent about a week and a half there,” she said.

“I came home to look after my dad. I should be there with him. I wanted to get him into a good routine and build up his system after whatever has happened to him. I can’t do that now so I don’t know what will happen. They told me this would cost me €155 per night. I can’t afford that.

“I haven’t been working due to a fault with my car. My son lost his job due to Covid,” she said.

Ms Connolly, a mother of three living in London, works as a driving instructor. She came home to Ireland on March 9 with a negative lateral flow test and stayed for a month looking after her father.

“They told me they’d come up with the appeal paper work at 3pm and now it’s nearly six o clock and they haven’t come near me with anything.,” she said.

“I arrived into Dublin airport this morning at 10am from London. The immigration officer asked for my passenger locator form and I gave that to him. Then he asked for my test and he said that’s not the correct test it has to be a PCR and he sent me over to the Gardai.

“My test is a lateral flow test, from the NHS. I said that’s the same test I came in with the last time. I didn’t know anything had changed. If I had known I would have taken a PCR test because I had no idea I was arriving home to this nightmare.

“I was escorted over to the guards, there were 20 other people with me, all of them had the same test as me – the lateral flow test. We were put into a detention area. We were even escorted to the toilets. At the hotel they asked me to sign a form but I said I don’t want to sign anything because I can’t afford to pay for this. The staff were quite nasty, threatening to call the guards if I didn’t sign it.”

“I asked for legal advice and a state liaison officer, who is actually an army soldier, told me I wasn’t entitled to legal advice,” she said.

Ms Connolly was anxious to get home to care for her father, whom she describes as vulnerable. She said her father was a healthy, fit man who doesn’t drink or smoke, before he was admitted to hospital.

“He’d been writing a memoir for years. He finished it during lockdown because he was afraid he was going to die from Covid. He wrote about his life. He grew up in an orphanage, his brothers and sisters were sent to an industrial school. It was very tough on them. The book is called Down by the Ana Liffey. I just want to be with him, to be there for him and look after him,” she said.

UPDATE: As of Saturday evening, Cindy Connolly has been released from quarantine.