With lockdown, We have unleashed an age of petty tyranny 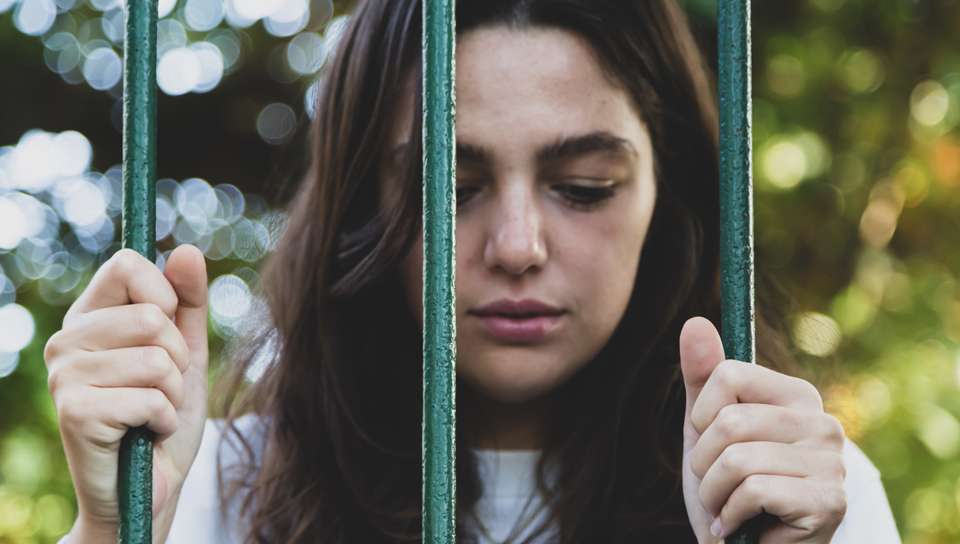 It’s really awe-inspiring how so many of Ireland’s most beautiful churches and religious houses were built so soon after the devastation of The Great Famine in the 1840s. St Mel’s in Longford  was completed in 1856, St Patrick’s cathedral in Dublin underwent a major renovation in 1864, and the Redemptorist church in Limerick was built between 1858-1862, just to name a few.

All of these are beautiful buildings: wonderful marble sculptures, exquisite workmanship in the woodwork, tremendous skill in the exact alignment of the massive stone columns, lovely shrines to Our Lady and the saints, etc. And now, along with most other churches in the country, and globally, they have been defaced. In fact, that you would be forgiven for thinking that you had mistakenly stumbled into a crime scene – so full is the place of hideous plastic tape, blocking off one bench after another, “Do not pass”, “Do not cross”.

It’s the same with all our public buildings, shops, parks, and schools: full of signs forcing us to step here (not there), go this way (not that way), stay this distance from everyone else. Those post-Famine workers who built the churches strove against incredible odds and hardships; and their ancestors had suffered, and often died, in the defence and celebration of their faith, back in the Penal times. But what we saw in 2020 was an instant capitulation, not simply to government decree, but to the decisions of duly unelected and unaccountable health experts. Think about that: “unelected”, “unaccountable”. Desecration is not too strong a word for what has been done to our church buildings.

Instant capitulation, with only very few voices arguing otherwise, and because these were largely seen to be on the “fringe”, it was easy to ignore them; and all this in panic-reaction to a virus, which we now know to be much less lethal than formerly thought. Admittedly, most of us were somewhat spooked in February and March of 2020, with pictures of doctors and nurses dressed-up with so much protective gear that they looked like astronauts heading for a flight to outer-space. We constantly heard bandied about predictions of massive numbers of fatalities; and we have been ceaselessly fed a diet of panic and fear-inducing photographs, headlines and reports from the mainstream media. But February 2020 was many months ago, and now we know a lot more than we did then.

During these surreal times, many churches have performed a valiant service, first offering online liturgies, then opening the doors once again, and now locking again. I went to church on August 1, the feast of our founder, St Alphonsus and it was a dispiriting experience. As I entered the vestibule I was met by a masked usher who indicated in which direction I should go. Then, having passed the many taped-off pews, I sat down on a bright yellow sign that said “Covid-19, sit here” in print large enough that even the clinically blind could read it. 95% of those in church were wearing either a mask or a visor.

Before the end, I slipped out quietly. This, for me, is controlled worship, religion under surveillance – and it is a contradiction. Sure, I can follow the rules of the church about how the liturgy is to be celebrated; but to have alien bodies, like unelected health officials, dictating how we offer our worship to the living God – well, no thank you.

And it’s absolutely astounding how quickly the church worldwide capitulated so easily, with almost no research into what was being peddled in the mainstream media: a major lapse. In fact we now have the surreal spectacle of church leaders asking the government for “permission” to gather for worship. Was there ever a more Orwellian nightmare? I feel like those exiled Jews in Babylon in the 6th century BC, crying in their anguish “how could we sing a song of the Lord on alien soil?” (Psalm 137:4). Now the churches feel like alien soil to me. At least those exiled Jews had the possibility of singing; we are now denied even that possibility, the songbooks having been removed from the pews! What a disaster. So now I mentally invoke the words of Jesus in John’s gospel about future worship, not in a temple or church, but in spirit and truth (Jn 4:23).

It’s amazing how quickly people have mastered new Covid-ways of relating. As I go for my daily walk, I almost always meet someone on the footpath, and we engage in the “Covid shuffle”: do I go right and she go left, or she go right and I go left? And after some deft moves of the hips and fancy footwork we finally pass each other. And if he/she smiles, then I know that I have met a possible ally, a possible co-conspirator against this insanity. Many have mastered the new behavioural tics, perfecting them in so short a time: no eye contact; others approach as normal, then, at the last second, they strategically glance aside so as to avoid the possibility of contracting the “noxious” virus; others dutifully go into single-file, even on an exceptionally wide path; and finally there are those who, to avoid any possible proximity to the “lethal” toxin, exercise a truly histrionic sudden shift to another area.

I don’t judge such people, because I know that they are imbibing every day the fear- and panic-inducing news and pictures from the mainstream media, which we have been subjected to since February 2020. And it’s extraordinary how so many have become so fluent in the new horrible jargon: it’s tripping off the tongue, this new poisonous vocabulary: social distancing, PPE, “the new normal”, the next “spike”, the “second wave”. It’s amazing how people who a few months ago would have been discussing Brexit or the price of potatoes are now so fluent in this new lingo.

Undoubtedly there have been infringements on our basic freedoms (association, travel, speech, worship): infringements in the name of what exactly? We have known for many months now that the Covid-19 virus is a pretty weak virus, though it is quite virulent. In other words, it spreads quickly and is especially predatory on the sickly elderly and especially those who have underlying conditions. To the healthy young or middle-aged, it poses little mortal threat. To be sure, there have been exceptions, but even these do not justify the disastrous measures that have been introduced in many countries.

No, I’m not a Covid-19 denier, and yes, some people have died from the virus (but many more have died from having other life-threatening conditions, and so died “with” but not “from” the virus – an important distinction). But the reaction has been way out of proportion and the effects of the restrictions have been catastrophic. The healthy elderly should never have been put under what is virtual “house arrest”, not to mention the rest of the healthy population being restricted for weeks on end to a limited area, not being allowed to travel, etc. Eminent authorities have spoken out, since very early in the catastrophe, but have largely remained unheeded.

If the whole thing wasn’t so serious and tragic – rising numbers of suicides, vital medical procedures being cancelled, businesses closing down, all directly linked to the “lockdown” – it might be a source of bitter mirth. The most comical of all, worthy of a mediocre court jester, are the various rules, issued by our, once again, unelected and unaccountable health “experts”. Is it one metre or two? Do you wear a mask or not, but if you do remain two metres apart, surely no mask is needed? Is it “don’t leave town” or “don’t venture beyond your county boundary”? Is it groups of six or eight? We close gardening centres, but leave open off-licenses. In the USA, they closed churches but left open abortion clinics. There is zero consistency here, it’s simply plucking numbers out of thin air, coming up with one arbitrary policy after another. And the main goal, at this stage, is not our health, but instilling fear and ensuring compliance. Would you acquiesce to the rules, even if they made no sense? And the sad reality is that the vast majority have done just that. The majority no longer think, they simply react in obedience to the latest diktat, no matter how nonsensical.

I don’t wish anybody to uncritically share my views about this crisis. All I wish is that people will not simply follow the herd and do what the rest are doing. No, think for yourself; seek out all the evidence; and then make your own informed decision. But, again, you will not get the full, balanced picture from the mainstream media. You have to look elsewhere. And it’s there if you look.

Colm Meaney was a missionary priest in the Philippines since 1991. He is back in Ireland for the present

MATT TREACY: The Irish ‘white privilege’ of being colonized

On vaccines, Dublin’s delusions about the EU have been exposed.