Why the West is WEIRD (Western, Educated, Industrialized, Rich, and Democratic) 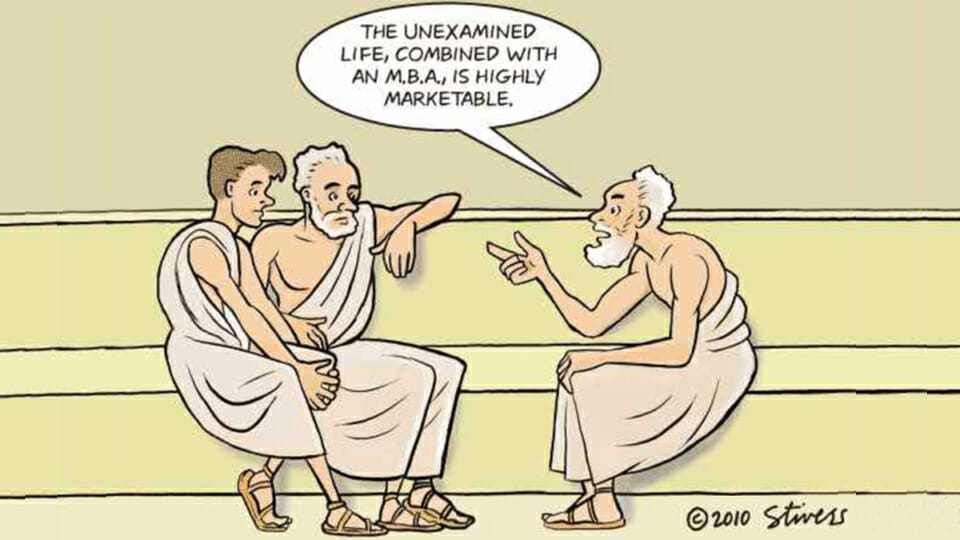 Western exceptionalism is one of the fiercest battlegrounds of contemporary history. And far from being a purely academic argument, it has immediate repercussions on today’s culture wars.

That’s why a recent article in the leading journal Science is being treated as an exceptionally important diagnosis of the distinctive features of Western culture. Economist Tyler Cowan says that “there is some chance that this is one of the half dozen most important social science and/or history papers ever written”.

Extraordinary claims require extraordinary evidence. And the evidence is extraordinary. Instead of being found in philosophy or theology tomes or dusty chronicles, it was in canon law, the Catholic Church’s internal regulations. The authors, from Harvard University and George Mason University, argue that it is mediaeval laws on marriage. These decisively shaped what they term WEIRD societies – Western, Educated, Industrialized, Rich, and Democratic. The heightened individualism, lower conformity and greater trust in strangers in these populations are at least in part due to the mediaeval Church’s strict prohibition of incest and intermarriage.

They contend that in the Early Middle Ages, for reasons which are now obscure, the Church expanded the circle of relatives whom Catholics (and nearly everyone was Catholic) were forbidden to marry. This eventually extended not only to distant cousins but also step-relatives, in-laws, and spiritual kin.

Incredibly, early in the second millennium, the ban went as far as sixth cousins. At the same time, the Church promoted marriage “by choice” (no arranged marriages) and often required newly married couples to set up independent households. The Church also brought an end to polygamy and concubinage.

The result of these marriage laws was that lineages died out due to a lack of legitimate heirs and that kings and nobility had to search further and further to find potential spouses who were not within the forbidden circle. For example, in 987 Hugh Capet, the French king, was so desperate to find a wife for his son Robert that he asked the Byzantine Emperor if he had any suitable brides. “There is,” said Hugh, “no one equal to [Robert] whom we can give him in marriage, because of our kinship with neighbouring kings.”

Generations of marrying out of the kinship circle because of Church laws, the authors argue, weakened ties amongst relatives and drastically altered human psychology. The usual pattern of kinship around the world is an emphasis on in-group loyalty, obedience, and conformity. The mediaeval Church’s marriage code shattered that and created one which is more individualistic, more accepting of strangers, and less conforming.

Their research stopped at about the year 1500. By then, the mould for WEIRD societies had already been set, creating the pattern for social organisation up to our own day.

In support of their paradigm-busting theory, the researchers mapped kinship around the world. The results were striking. The longer a region had been exposed to mediaeval Catholic marriage laws and weaker kinship intensity, the more individualistic, independent-minded, and more “pro-social” they were with strangers. The results were replicated across 440 regions in 36 European countries: Longer exposure was associated with the same WEIRD psychological shifts, even when controlling for alternate explanations.

In other words, the number of generations that your ancestors lived under the medieval Catholic Church can predict things like social trust, creativity and even willingness to donate blood — and they correlate negatively with features such as nepotism.

The data analysis even predicts whether or not UN diplomats in New York City will pay their parking tickets. Those who come from countries with higher rates of cousin marriages are more likely to get a ticket (less law-abiding) and less likely to pay one (less trust in institutions).

“If the authors are right, or even in the vicinity of being right, it couldn’t be bigger,” says Stephen Stich, a philosopher and cognitive scientist of Rutgers University. “What they are offering to explain is the emergence of democratic institutions, of individualism in the West.”

At first blush, this ought to stiffen the backbone of Christians who have been demoralised by galloping secularisation. Yay! The Church made all you guys rich, smart and democratic. But a closer look shows that the study sends signals which are confusing, to say the least.

On the one hand, it attributes the greatest achievements of the Western world to the way that the Church shaped mediaeval society. On the other, it implies that the radical individualism of modern society that Pope Francis – and all of his predecessors — constantly condemns is ultimately the fault of the Catholic Church. The loneliness and anomie which blight WEIRD societies are typically Catholic. A thousand years ago the Church swallowed a slow-acting poison which threatens to destroy the modern world.

This explanation of the triumph of the West – and perhaps its demise – with correlations, graphs and population surveys is original and intriguing. But its claims are so stunning that they silence other explanations. It still leaves a lot of questions unanswered.

First, about the historical record. The paper cites a vast number of sources about mediaeval laws on marriage and the family. But it doesn’t engage with the question of how much effective impact these laws would have had on mediaeval society. For one thing, they must have affected largely the nobility. These people had the resources to keep genealogies and traffic in brides from distant lands. It’s unlikely that peasants and merchants who made up most of the population did – don’t they count?

Furthermore, it’s one thing for canon lawyers and bishops to make laws, it’s another to make sure that they are observed. Canon law was chaotic in the early Middle Ages; the regulations probably varied wildly throughout Europe. The nobility often flouted laws like this when it suited them; much of the population was probably unaware that they existed.

Second, about competing explanations. The most famous is Max Weber’s 1905 book The Protestant Ethic and the Spirit of Capitalism. The German scholar argued that distinctively Protestant doctrines were responsible for creating a culture of hard work, accumulation of capital, enterprise and commercial trust.

From another angle, the theology of the Reformation giant, Martin Luther, focused obsessively on individual salvation. This sparked a philosophical revolution away from contemplation of God towards contemplation of self, ultimately leading to greater individualism.

Whatever the true story is, the weight of 500 years of social and intellectual change since the Reformation is so great that it has to be considered – it’s a third or more of the time span since the mediaeval Church adopted that bizarre policy of banning marriages between sixth cousins. Surely that must be an important part of the WEIRD explanation.

This novel explanation of the success of the West is a double-edged sword for Catholics. Perhaps it’s a sign that scholars are increasingly acknowledging that the West is WEIRD because it was founded on a Christian view of who man is. That’s more or less the argument of books like Dominion: The Making of the Western Mind, reviewed yesterday in MercatorNet.

But perhaps, too, it is a sign that anti-Christian scholars have changed tack. Rather than attack the Church for being undemocratic and intolerant, they are going to sheet home the responsibility for our increasingly fragmented, lonely, narcissistic, individualistic, competitive, unhappy society to Christianity. Now that would definitely be weird!

Michael Cook is the editor of Mercatornet.

This article is re-published with his kind permission. The original article can be viewed here.

The eugenic roots of abortion in Britain