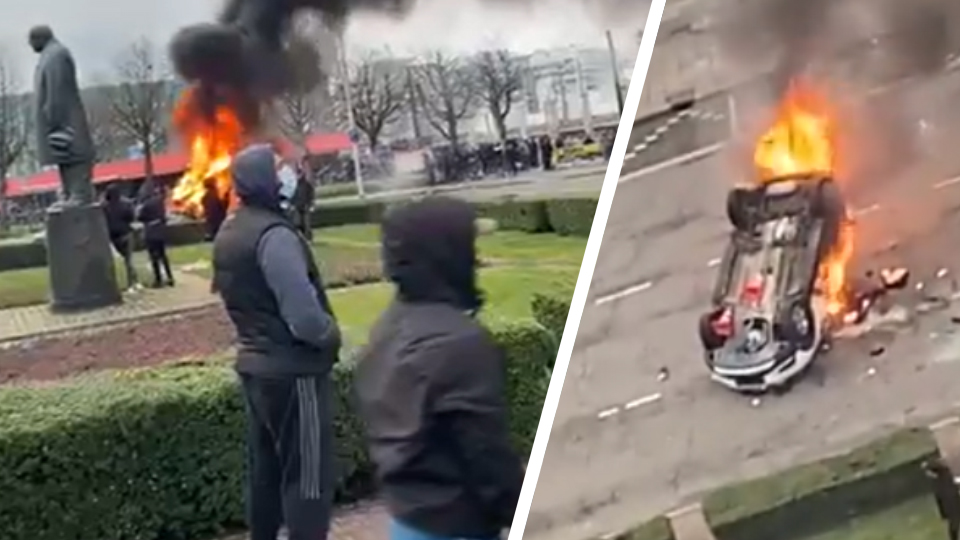 Rioters took to the streets in the Dutch city of Eindhoven this weekend in anger at the government’s new 9pm covid curfew.

Some of the protestors reportedly threw fireworks, golf balls and bricks at police cars, using bicycles to build barricades against law enforcement, who used water cannons and tear gas to clear the streets. There have been over 100 arrests so far, with smaller demonstrations in Tilburg, Enschede, and the Dutch capital of Amsterdam.

JUST IN – Violent anti-lockdown protests in several cities in the Netherlands, protesters set fire to a police motorcycle in The Hague.pic.twitter.com/28dDd4l3oq

In addition, cars have been flipped over and a covid-19 test centre was set on fire in the village of Urk according to local authorities. Some protestors indiscriminately smashed windows and looted shops.

These latest restrictions, which were introduced on Saturday, are the first time a curfew has been introduced in the Netherlands since the Second World War, and carries a fine of €95 if one is caught outside after 9:00 o’clock.

Before this, pubs and restaurants in the Netherlands have been shut since October, while “non-essential” businesses and schools were closed last month.

Hubert Bruls, Dutch National Security Council Chairman, said that while he understood the rioter’s frustrations, the more the Dutch comply for the time being the sooner they will get their freedoms back, labelled those participating in the violence as “corona hooligans”.

John Jorritsma, Mayor of Eindhoven, strongly condemned the riots, saying “My city is crying and so am I.”

“If we continue like this, we will be headed for civil war,” he said.

NEW – Bricks are thrown at the central station of #Eindhoven (Netherlands).pic.twitter.com/r8hVqXyYsX

BLM: Black community being “terrorised” at a greater rate under Biden than under Trump

‘Depraved’: outrage at abortion instruments use as Christmas Tree star