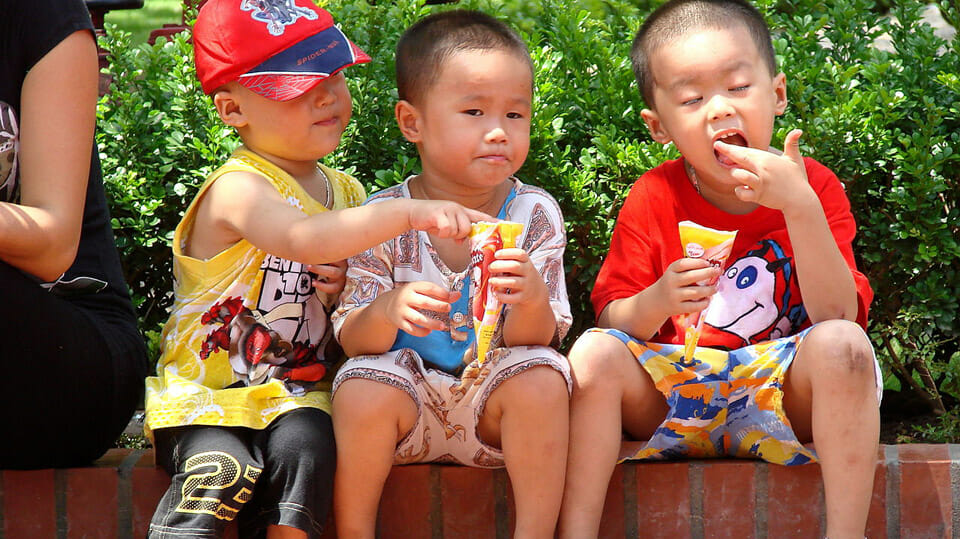 The Southeast Asian nation of Vietnam has often been compared to its Communist big brother up north – China – for good and bad reasons. The two nations have similar political systems and the current Vietnam has been described as China in the 1990s – booming, chaotic and somewhat corrupt, but also a land full of hope as millions are lifted out of poverty. In addition, the US-China trade war has unexpectedly created a winner in Vietnam.

What is relatively unknown, however, is that Vietnam followed a similar population policy to China’s famously draconian one. But this is where the similarities cease.

Vietnam, or to be more accurate, North Vietnam, has promoted birth control and birth limits since 1963, but it was not enforced in earnest due to the raging war. Before 1975, the capitalist South Vietnam did not have any comprehensive population policy. But as the Communists achieved reunification in 1975, they increasingly looked north to their neighbor China as a source of inspiration for demographic policies.

In 1980, China rolled out its one-child policy and began its three and a half decade reign of terror over its citizens’ reproductive lives. Vietnam followed suit in 1988 when the Party began to implement a detailed two-child policy. This in contrast to previous half-hearted attempts at population control and, it can be said, with direct references to the Chinese policy. Fines, forced sterilisations and abortions as well as administrative punishments for party members were all borrowed from the experience of the northern neighbor.

However, Vietnam never managed to achieve China’s “success” owing to a variety of factors. Perhaps the most obvious difference is that a two-child policy is still more humane than a one-child regime since it grants a sibling to the firstborn. Also, Vietnamese officials never had the power and organizational capability to implement the policy with zeal, especially in the rural areas, where party and government reach is weak. Compare this to the CCP, where the Party has managed to stretch its influence into every village, and had ruthless enforcers of the policy patrolling every household.

Moreover, Vietnam’s policies were always far more flexible than the Chinese ones. In 1993, many of the actual fines and punishments for ordinary folks violating the birth policy were relaxed. Between 2003 and 2008, thanks to a Constitutional amendment which mentioned the granting of reproductive freedoms, ordinary non-Party member Vietnamese people enjoyed de facto reproductive liberty. Birth quotas were in practice only applied for Communist Party members, many of whom resented the limit themselves and found ways around it.

In 2009, in what can only be called an error in judgement, the Vietnamese decided to enforce the implementation of the two-child policy after concerns that a birth rate bump was increasing the “population burden”. Yet in practice it remained filled with loopholes, particularly as the Vietnamese Communists became aware of the threat of an ageing population and demographic winter far sooner than the Chinese. By the time the Chinese moved to a two-child policy in 2015, the Vietnamese were already thinking of scrapping limits altogether.

The turning point for Vietnam was probably in October 2017, when Party General Secretary Nguyen Phu Trong issued Resolution 21, following the 6th Plenary Session of the 12th Central Committee of the Vietnamese Communist Party (yep, it’s a mouthful of a name for a meeting). Resolution 21 practically ended the two-child policy. Couples (including Party members) would not be punished or fined for having a third child and above, and low birth rate areas such as Ho Chi Minh City (Saigon) would now actively encourage couples to have at least two children.

Vietnam also established the lofty goal of keeping the total fertility rate (TFR) at replacement level of 2.1, which can only be a dream for the entire East Asian region these days. Nguyen also emphasized the change in focus from birth restrictions to encouraging births and maintaining what he called “population balance”, which is definitely a momentous shift in policy focus. One must also keep in mind that it is now December 2019 and the Chinese government has still not decided to lift birth restrictions, so that couples with a third child remain subject to harsh fines and abortions, despite China already facing a steep demographic decline.

So, what is Vietnam’s current demographic situation looking like? As with every other Malthusian-inspired population control policy, the two-child policy inflicted huge damage on the nation’s demographics and will continue its poisonous influence for the decades to come. Millions of men outnumber women in certain age brackets, and the gender imbalance caused by the policy will haunt those generations for the years ahead. Vietnam’s TFR dropped to around 6 in the 1960s, to 1.99 in 2011, but, partly thanks to friendlier birth policies it bounced back somewhat to the near-replacement 2.09 in 2016 and was 2.05 in 2018. This, mind you, is the Confucian world/Sinosphere’s best birth rate report card. Every other nation from South Korea’s 0.98 to Taiwan’s 1.1 to North Korea’s 1.89 all fall shy of Vietnam’s fertility.

Many of Vietnam’s northern and central provinces, where ethnic minorities live, still enjoy relatively high TFRs partially thanks to the Party’s weak reach. Some Central Highlands Provinces have TFRs above 3, and even the majority ethnic Kinh Vietnamese regions of the Red River Delta in Northern Vietnam still enjoy above-replacement fertility levels. This despite a population control policy in place in the North since 1963. Ho Chi Minh City and Southern Vietnam which it represents is the problem child, with Saigon’s TFR dipping as low as 1.3 in recent years. Regional discrepancies are huge, and this means the economic powerhouse of the South will increasingly rely on the more fertile North and Central regions to replenish itself.

Vietnam is also seeking to avert a Japan or South Korea style ageing crisis, which is inevitable, though in a watered-down way. Vietnam will have an over-65 population of 14% in around 2035, double that of current levels, but by then a third of Japan and South Korea’s populations will be over 65, so Vietnam still has some time to stock up for the demographic winter.

Vietnam has also already decided to increase its retirement age to 62 for men and 60 for women respectively, from 60 and 55 now, with the law becoming effective from January 1, 2021. Meanwhile, China’s government is only paying lip service to the ageing crisis and has not done anything to increase the retirement age. They are only using temporary solutions such as diverting pension funds from a more youthful province to the much more elderly ones, which is a solution that will not last more than a few years.

Therefore, all is not lost. Thanks to a much less rigid regime compared to China’s, Vietnam never managed to completely destroy its demographic future, despite falling for the population control trap. It is somewhat on its way to rectify its past mistakes, and it is still a relatively youthful nation with the 0-14 age bracket making up some 23% of its population.

The ageing crisis is coming and the population will eventually shrink by the 2050s unless the TFR holds steady at 2.1 for the coming decades, but compared to China’s grim and predictable demographic winter for the remainder of this century, Vietnam still looks like it can buy itself some time to prepare for population ageing and enjoy the “demographic dividend” for the two or so decades to come.

Most importantly, they have learnt and need to continue learning from China’s disastrous self-inflicted wounds and must never fall for population doomsaying lies again. By all measures, Vietnam’s government is much better than China’s in the management of its demographic matters.

William Huang is an avid researcher into China and East Asia’s looming demographic crisis. He also aims to raise his voice for the sanctity of life wherever and whenever he can.

This article was re-published with the kind permission of Mercatornet.com. You can read the original article here.