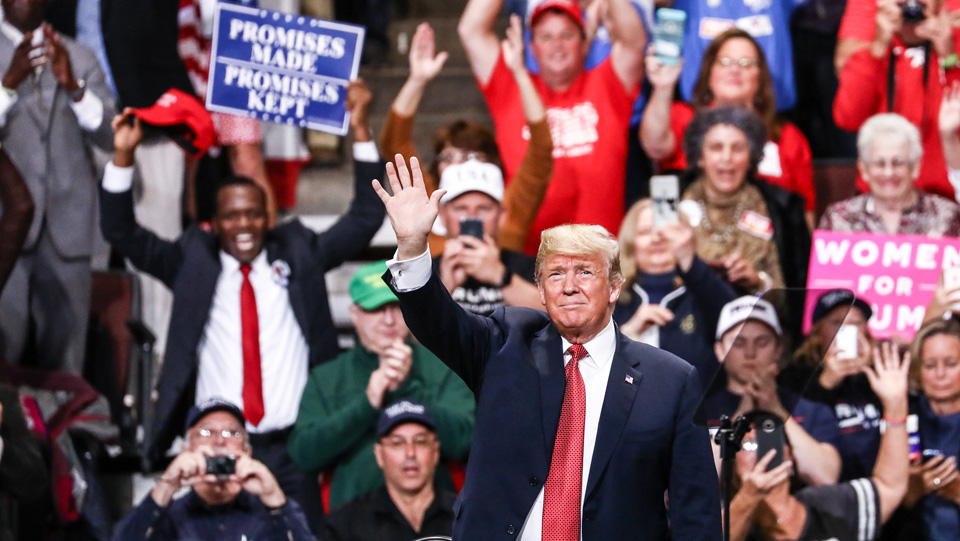 For those of us who consider ourselves political junkies, every 4 years the US election brings a new level of excitement and pageantry to the world of politics. The two-party system in America gives the election a feeling of sports, where people across the world pick a side and cheer for who they want to emerge triumphant in the election. 2016 delivered one of the greatest upsets in modern American history, when Donald Trump defeated Hillary Clinton, who had been heavily favoured to win the Presidency. But how is the 2020 election shaping up compared to that roller coaster ride of 2016? Is Donald Trump too far behind to mount another historic comeback and is it a foregone conclusion and that Joe Biden will be the 46th President of the United States?

When viewing the polls for the 2016 election, many commentators are comparing Trump’s current poll numbers against the 2016 State election results and others are comparing them to the final opinion polls taken immediately before the election. My own recollection of the 2016 election was one of Trump being far behind in all the opinion polls and almost all the reputable political commentators were saying it was impossible for Trump to win the election. The polls then narrowed one week out from election day and nearly all the states agreed as tossups before the election, broke for Trump and he went on to win the election with over 300 electoral college votes, a stunning upset.

To identify whether Trump is facing an insurmountable task and a steeper climb than the last election cycle, I decided to compare the opinion polls from 17th October 2016 (22 days out from the election, same amount of days to the election in 2020) to the opinion polls as they currently stand for 2020. This should give us an idea as to whether the gap Trump closed last time on Hillary Clinton is larger or smaller in this current election cycle. I realise this is an imperfect and crude way of analysing the 2020 election, but it should provide an interesting insight into where the polls stood at this time in 2016. To find the snapshot of the individual states in 2016, I used Nate Silver’s projections from fivethirtyeight.com. For the 2020 projections I also used fivethiryeight.com and the election results from the fateful day in 2016.

I selected 13 states which are widely accepted to be the most competitive states in the 2020 election, and which were also considered tossups in the 2016 election.

The 13 states in question are Arizona, Colorado, Florida, Georgia, Iowa, Michigan, Minnesota, Nevada, New Hampshire, North Carolina, Ohio, Pennsylvania and Wisconsin. The data I discovered was very interesting and paints a not too dissimilar picture to where the election currently favours Joe Biden.

In 2016, the polls for 12 of the 13 states had Hillary Clinton coming out on top, with Georgia being the only state in the column for Donald Trump. In the actual 2016 election, Donald Trump would emerge victorious in 9 of 13 states in 2016.

The four states Hillary would hold were Colorado, Minnesota, Nevada and New Hampshire. Trump gained ground in every state versus the opinion poll projection on this day in 2016.
Nine of the states had a greater than 5-point swing from 22 days before the election to the results. If Trump were to achieve the same swing he managed over a three week period in 2016, the results for the 2020 election would be Trump 306, Biden 232. Assuming the results in the other states stayed the same.

Obviously, this election is different to 2016. Biden is better liked than Hillary Clinton and not near as controversial a candidate, Trump is running on his record and not as a maverick businessman promising to drain the swamp, Covid-19 is on every Americans mind, Trump has one fewer debate to turn the tide than in 2016, Wikileaks aren’t dumping email leaks every day, Jim Comey won’t be announcing the reopening of the Hillary email investigation a week before polling day, Democrats aren’t running on the back of a two term Democratic President, but Biden is seen as older and not as strong as he would have been four years ago.

I think Trump is behind, the polls show that he is, but if the question is whether he is much farther behind than he was four years ago, then the answer is no. The polarising US President who has produced more shocks than any other in modern American history just might have one more surprise up his sleeve. Rule him out at your own peril.