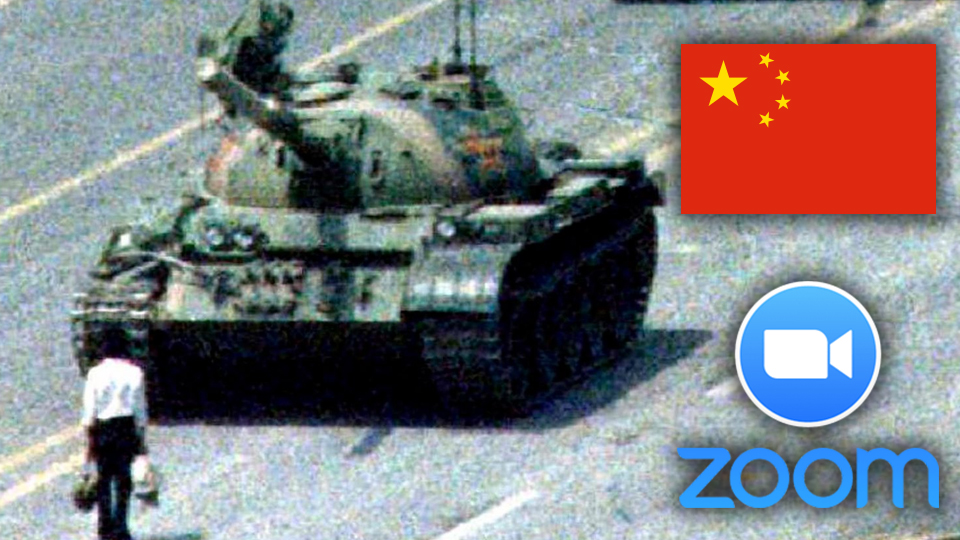 United States prosecutors have charged a fired Chinese Zoom executive with disrupting multiple video calls which were to mark the anniversary of the 1989 Tiananmen Square Massacre.

Xinjiang Jin, who is based in China, has been accused of helping to shut down at least four video calls in May and June of 2020, hosted by people based in the US and relating to the killings.

In a statement from the US Department of Justice, American officials said that Xinjiang Jin had been charged with “conspiracy to commit interstate harassment and unlawful conspiracy to transfer a means of identification”.

Prosecutors claim that from January 2019 onward he plotted to “censor the political and religious speech of individuals located in the United States and around the world at the direction and under the control of officials” within the Chinese Communist Party, including allegedly shutting down at least four meetings which were to commemorate the 31st anniversary of the Tiananmen Square Massacre.

In 1989, a series of pro-democracy protests in Tiananmen Square, China, infamously ended in the violent killing of groups of Chinese citizens, with protestors being crushed by Chinese military tanks. Exact numbers of casualties are not known, but estimates range from hundreds to even potentially thousands. Discussion of the event within China is strictly taboo.

Some of the terminated Zoom events were even attended by Chinese pro-democracy dissidents who had been present at the original protests.

Prosecutors claim that Jin justified shutting down the calls by falsely claiming that the calls had violated Zoom’s terms of service.

“Jin willingly committed crimes, and sought to mislead others at the company, to help (Chinese) authorities censor and punish US users’ core political speech merely for exercising their rights to free expression,” US Attorney Seth DuCharme said.

Jin allegedly monitored Zoom’s video system for discussions of topics banned by the Chinese Communist Party, handing over the names, email addresses and other information of users to the Chinese authorities – information even about those outside of China.

The US statement went on to say that the Chinese Communist Party “took advantage of information provided by Jin to retaliate against and intimidate participants” who were living in China, or their relatives.

The California-based Zoom company has said that it is cooperating with US authorities, and that they had fired Jin for violating company policies. They had also reportedly “placed other employees on administrative leave pending the completion” of an internal company investigation.

A warrant is currently out for Jin’s arrest, though he currently lives in China. He faces a potential ten years in prison if convicted. China has so far declined to comment on the case.

The brightest Christmas Star in 800 years

UK MP denied chance to speak…. For not wearing a suit