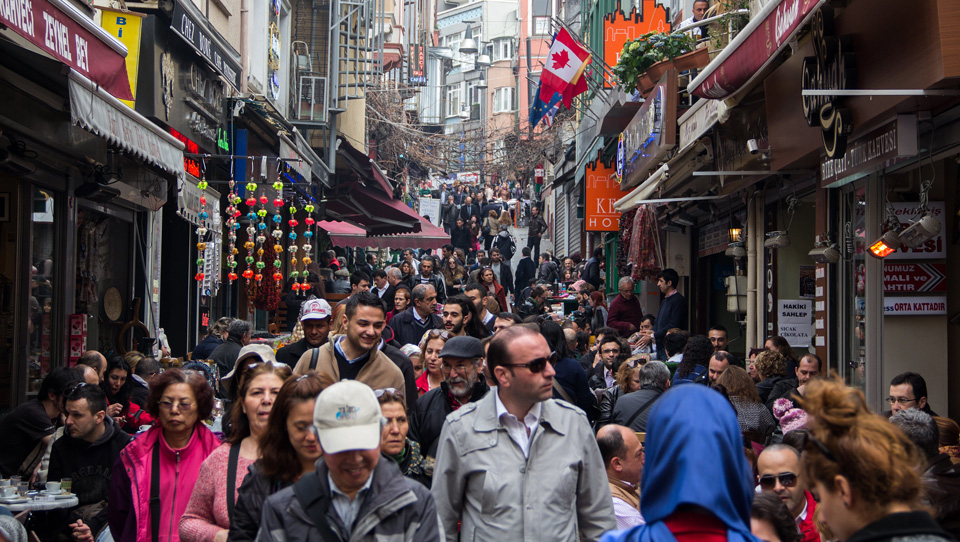 But the Turkish demographic picture is also changing rapidly. Since the turn of the millennium the Turkish total fertility rate (TFR, or children that the average woman in a population is expected to have in her lifetime) has stayed at around the replacement rate of 2.1. Some years it is a little higher at 2.2, sometimes a little lower at around 2.0. But generally the last generation has seen Turkey repopulating itself naturally. However, in the last few years the trend has been downwards and in 2019 the TFR dropped to 1.88 according to the Turkish Statistical Institute. Now this rate may rebound again, but it will be doing so from an unprecedentedly low level in Turkish history.

If the TFR doesn’t rebound, Turkey will join the long list of countries with populations that are not replacing themselves, leading to an ageing population and eventual population decline without large-scale immigration. And the wider trends support the belief that the TFR won’t climb anytime soon.

The average age of first marriages is rising for women (to 25 years in 2019) and the percentage of child marriages (girls aged 16-17) among legal marriages has declined to 3.1 per cent. The average age of women at first birth is also sliding upwards and is now standing at a fraction under 29 years old. Of course, the older women are when they marry and have children, the fewer fertile years are available to them.

The factors driving Turkey’s slowdown in fertility rates are the same as those seen in effect in other countries: rising urbanisation; an increase in the number of women pursuing education; and more women becoming active in the workforce.

Turkey isn’t going to become a Japan on the Bosporus anytime soon. Its population is still young and growing. But the signs are there that it is heading down the demographic road that so many other nations have already trodden.