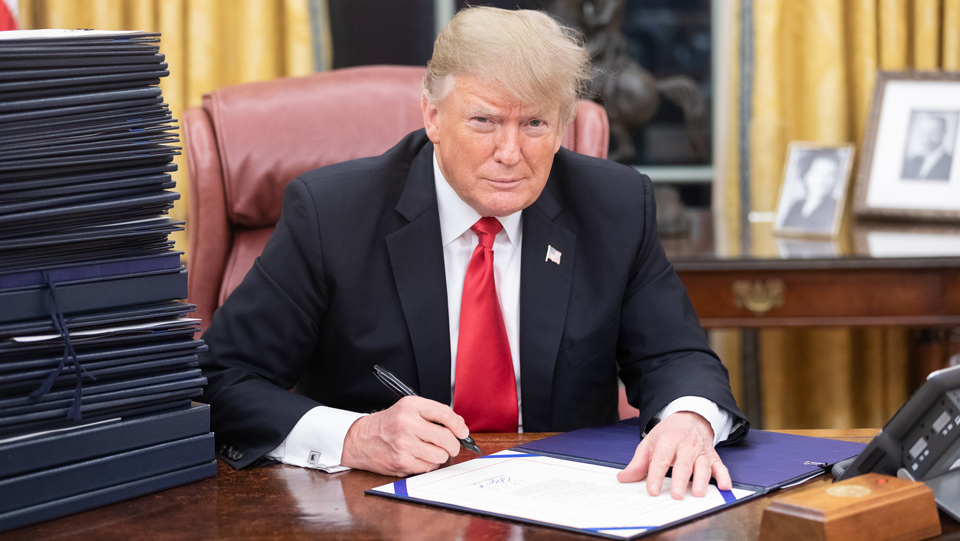 If the life of Donald J Trump were a movie we would now be in the tumultuous third act. The news that Trump has tested positive for the Coronavirus has shaken up the presidential race in another unexpected direction. If this were a movie it would be the perfect third act plot twist.

“The Hero’s Journey;” a meme identified by Joseph Campbell, is a theme that runs through legends and mythology. In this narrative plot the “Hero” answers a call to adventure, undergoes a series of trials including a seemingly crushing defeat where he is cast to the wilderness, where he receives wisdom through revelation. Then comes atonement – a reckoning with his past and a commitment to a new determination – and eventually the hero returns triumphant.

In theatre terms, the third act sees the “hero” suffer seeming defeat like Moses confronted by the red sea, or Luke Skywalker when his mentor Obi Wan Kenobi is killed.

Has Trump entered his “Third Act?” A year ago it seemed as if his re-election was assured but then, in classic myth-narrative form a cataclysmic catastrophe arrived out of no-where to disrupt everything. The Corona virus was the biggest political disruption in living memory and it was bound to have serious repercussions on an already seriously divided political world. This set a new context on the power discourses of an election year.

With the polling date just one month off Trump is under siege. The first election debate went to Biden on the premise that a draw would help Biden more than Trump. Then Trump is dealt a dramatic blow which is seen by his enemies as a death blow.

Less than an hour after news broke of Trump’s coronavirus diagnosis, the Washington Post tweeted, “Imagine what it will be like to never have to think about Trump again.” pic.twitter.com/tSovK6YTH0

However Trump isn’t gone yet and it might not be a good idea to dance on the grave of a man who might resurrect.

Trump will be in quarantine for 14 days now and will miss the next scheduled debate, but is it over? Trump might use this time to go through his revelation, transformation, and atonement, phase of “The Hero’s Journey”.

We might even see this process live. If Trump passes this test he will be in the position of being able to speak as one who has gone through Covid-19, being forged by it and becoming more human. After the debacle of the first presidential debate where he came across as a loud bully, this would be a humanising development.

We know that quarantine style isolation has not hurt his opponent. How will Trump make it work for him?

This is not a movie, but we are all watching.

7 ways Belgium didn’t even follow its own euthanasia law