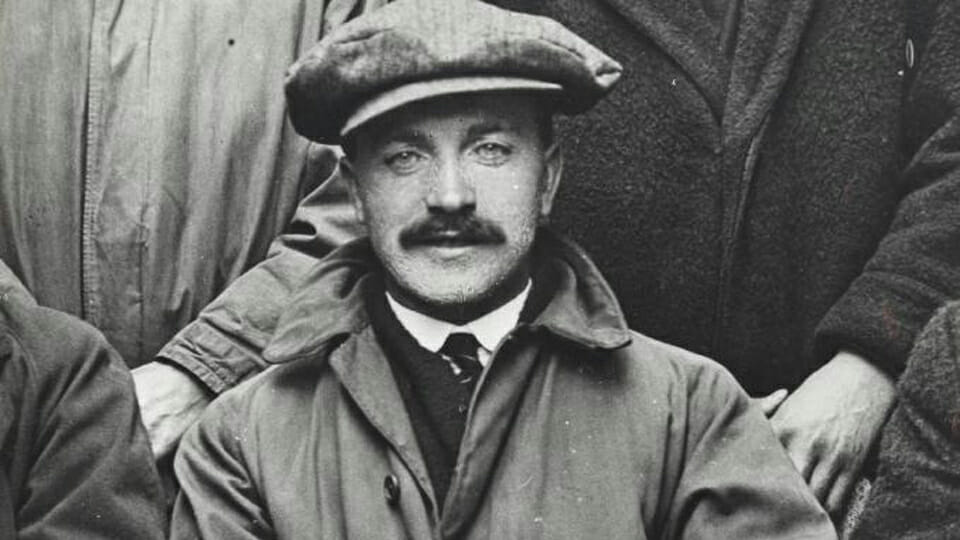 This week marked the centenary of the killing of Tomás MacCurtáin, Mayor of Cork, who was shot dead by the Royal Irish Constabulary (RIC) on March 20th, 1920. MacCurtain had been elected the first Republican Mayor of Cork City, and was assassinated in front of his family in a premeditated attack planned by the RIC with the British Army. The family home was then ransacked. The murder caused a public outcry both in Ireland and abroad.

Tomás was born at Ballyknockane, Mourne Abbey, County Cork on the 20th March 1884 (he was shot on his 36th birthday) to Patrick and Julia Curtin. He attended Burnfort National School, and in 1897 moved to Blackpool in Cork City to live with his older sister. Here he attended the North Monastery Secondary School.

While living in Blackpool he became involved in a number of cultural and political movements, most notably the Blackpool branch of the Gaelic League, becoming its secretary in 1902. He had a natural love of all things Irish, her songs, dances, history, poetry and her national freedom. He became an Irish language teacher with Conradh na Gaeilge in 1904 and in 1911 joined the Cork branch of Fianna Éireann. He was one of the founding members of the Irish Volunteers in Cork and became the Officer Commanding the Cork Brigade from its outset.

While a member of the Gaelic League he met his wife Eibhlís Breathnach at an event in Blackpool and they married on the 28th June 1908. They had six children, five of whom survived into adulthood, and the family lived at 40 Thomas Davis Street, in the home he was eventually murdered in. MacCurtáin was one of the leading Volunteers in the country in helping to build the Irish Volunteers after their formation in 1913.

He was an active member of the Irish Republican Brotherhood and was crucial to the growth of all the cultural movements throughout Cork in the early part of the 20th century.

During the 1916 Rising Tomás mobilized a force of 1,000 Irish Volunteers in Cork with plans to collect weapons from the Aud in Co. Kerry. However, due to conflicting orders and the arrest of Roger Casement, MacCurtáin returned to the Volunteer headquarters on Sheares Street, where a tense standoff resulted between the Volunteers and the British Army in Cork.

After the 1916 Rising he was arrested and imprisoned in England and Wales, most notably in Frongoch and in Reading Gaols. He was released during the general amnesty on Christmas Eve and again resumed his activities as head of the Cork Brigade, now known as the Irish Republican Army.

By 1919 MacCurtáin had 20,000 IRA men recruited in County Cork, and in an effort to bring more efficiency to the Brigade subdivided it into three separate Brigades, Cork No. 1, 2 and 3. He was elected as an Alderman to Cork City Council in 1920, and on the 30th January 1920 was elected as the 1st Republican Mayor of Cork City, where he became an immediate reform of the political system within the County.

As the War of Independence began to intensify in late 1919/early 1920, and activities of the Cork Brigades became more widespread the British Army began to consult the RIC about assassinating MacCurtáin in an attempt to curtail the attacks which were happening on British soldiers and RIC barracks throughout Cork. On the 20th March 1920, in a premeditated planned attack the British Army/RIC assassinated MacCurtáin while he slept in his home in Blackpool in front of his family.

The attack was ordered by the District Inspector of the RIC Oswald Swanzy, who the Cork IRA later shot in Antrim in August 1920. Tomás MacCurtáin was buried in the Republican Plot in St. Finbarr’s cemetery in Cork. Huge crowds attended his funeral and he is remembered to this day in his native city, where one of Cork city’s main streets is named in his honour. The planned commemorations of his life and death were postponed due to the Coronavirus pandemic.