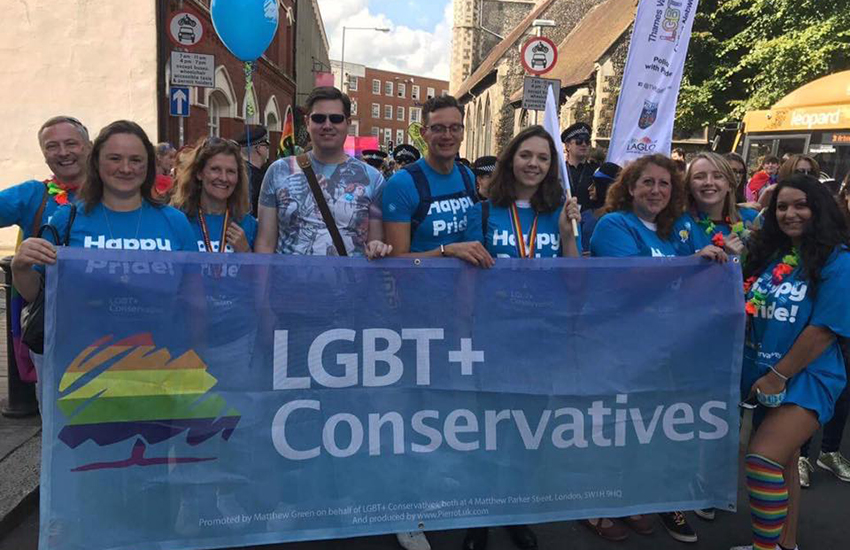 The author, Kilian Foley Walsh, is a writer, and former President of Young Fine Gael

In early November, I wrote a column for the Sunday Times about the Government’s decision to take the country to level 5.

The long and short of my argument was that the powers that be take little notice of the economic and social needs of young people like me in making these decisions because they don’t share those needs. I knew that there would be some blowback to the article; I had, after all, seen the pile-ons that people like Dr Ciara Kelly had suffered after speaking out against lockdowns previously. But the torrent of online abuse that followed the publication of the article took me by surprise.

“There’s nothing better to unite left Irish Twitter than being mean to Killian Foley-Walsh,” said an Amnesty Ireland activist.

“We do not at all need to be civil with someone who went to a silly little far right convention…full of people who don’t think us gay people should exist,” said a member of UCD’s student union in reference to my attendance at a Ted Cruz speech in 2019.

To crown it all, some enterprising individual undertook to set up a fake Twitter account in my image, with the tasteful addition of “SS,” to the end of my name.

This was the comparatively PG stuff. An awful lot of other #bekind accounts, as well other screeds by those mentioned above, opted for far cruder, more graphic insults.

It wasn’t my first time at the rodeo, so casual online abuse—even of a creepy, bullying, sexual nature—is water off a duck’s back. But what this concerted effort by so many inclusivity activists at what yet another Green described as “Queers attacking a fash,” got me to wondering was: is it possible to be the wrong kind of gay?

You see, I am gay. I have been in a relationship with my partner for 3 years, having come out relatively late at the age of 23. I was lucky in that I never had any concern about the reactions of my friends and family to coming out, and they all welcomed me with open arms. Problematically, though, this is more than can be said about many professionally inclusive and diverse LGBT activists, who I’ve been able to count on to be at the top of the queue when it comes to dishing out the sort of online abuse that followed my last article.

Unfortunately, this is to be expected, but the funny thing is that I’m not the only one.

To be accepted as a gay person, in Ireland, these days, it seems that you need to be something more than simply attracted to persons of the same sex. You need to be attracted to the same sex and be a politically progressive – dare I say woke – person with all the right opinions. Only then are you worthy of solidarity.

For example, when Mrs Brown’s Boy star Rory Cowan – an out and proud gay man – had the neck to criticise the guerrilla-like use of fireworks against pedestrians and Gardaí alike in Dublin over Halloween, our self appointed moral betters — with their Twitter biographies resplendent with rainbow flags, tricolours, and pronouns—decried him as a, “dirty classist,” picking on the poor who needed to be cancelled. His affinity for Fine Gael and Israel ticked all the remaining wrong-think boxes, and then some.

Go back a little further, and you might remember a viral video from 2017 entitled “Gay, Male, votes Fine Gael.” In it, a young professional takes us on a tour of the International Financial Services Centre, effecting a stereotyped caricature of a young, gay Fine Gael supporter in order to draw attention to “corporate, neoliberal interests within Ireland’s gay male community.” The video is replete with stinging lines like “He’s reposting content about social welfare cuts. He’s adding the caption, ‘Tough decisions must be made,” or “He’s getting off the bus, and a woman is asking him for change. He’s thinking, she wouldn’t be in this position if she made better life choices,” or,  “If his solidarity can stretch no further than Marriage Equality, then he and I do not belong to the same LGBT community.” These entitled, ignorant, and caustic generalisations speak for themselves and their composer, but also reflect a school of thought that requires people with arbitrary character traits to adhere to arbitrary political positions, or else.

The trend also repeats internationally. Darren Grimes is a young conservative activist in Britain who came to prominence during the Brexit referendum there. On foot of that alone, the young man has come in for a lifetime’s worth of inclusive opprobrium, but it took a particularly dark turn last year after he interviewed historian David Starkey. During the interview, Starkey made a host of indefensible assertions about slavery and race for which he has since apologised, but for reasons unknown to science, the Metropolitan Police opened an investigation into Grimes for *hosting* the interview. Where this becomes relevant is when we consider the abuse that followed the Met’s announcement that they were closing their investigation with Grimes yet a free man. The thrust of it is best symbolised by a cartoon of Grimes that circulated at the time of the controversy, in which he is depicted having sex with the late Margaret Thatcher’s grave.

There is, it seems, little concern about abuse towards, or the mental health of, gay people with the wrong opinions. Nobody, in fact, will be more vicious toward them than the rainbow mafia. But in spite of the reactions that apostates tend to get for stepping out of line, I suspect that we’re more common than you’d be forgiven for believing we are.

Bearing that in mind, there is absolutely no such thing as the wrong kind of gay, no matter how much some may wish there was; only people who aren’t quite ready for the wifi password yet.