Times change, but the magic of Christmas is eternal 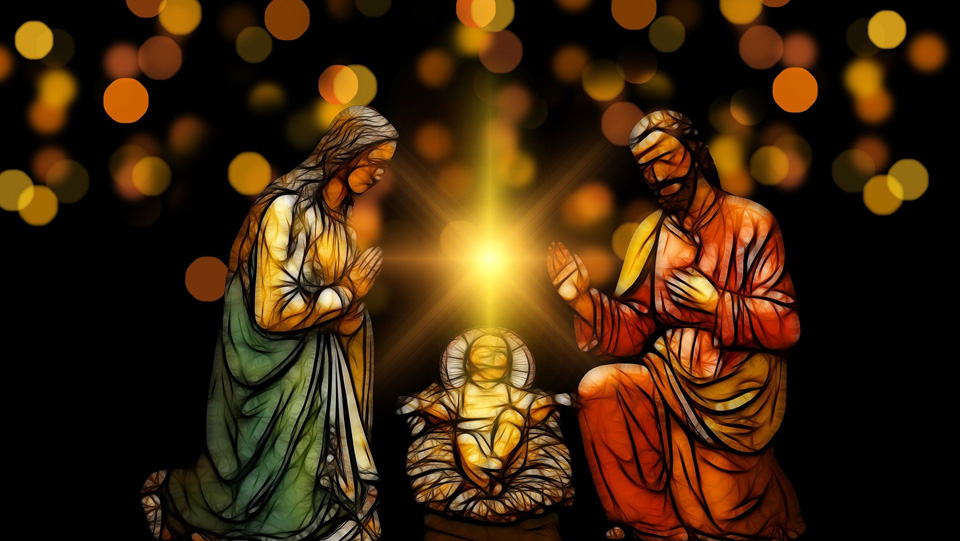 Handel’s Messiah was the soundtrack to Christmas Day in our house.  It was a bit, or more likely totally, above our heads but it gradually, over many years, soaked up the strangeness and wonder, the mysterious otherworldliness of Christmas. The smells and tastes, the treats, the novelties that the kindly Santa left for us on the hall table seemed to nestle inside its trumpet blasts and recitatives too. It didn’t appeal to us like the carols with their simple melodies and pieties. Carols were everywhere, in the classroom and shops, on the radio and they were spread across the many days of Christmas, part of the build-up, the anticipation, part of everyone else’s Christmas, not just ours.  But Messiah, played over eight sides of four vinyl records on a large gramophone in a small dining room was uniquely the sound of our very own Christmas. We never heard it anywhere else. Not for many years at least.

Only my father, it seemed, listened to every note and word. But we all heard it above the kitchen bustle and the play and the knocks on the doors from neighbours bringing or collecting their Christmas turkeys.  No, it was not a quaint local custom to exchange turkeys on Christmas Day in the village of Doneraile.  Our house was the baker’s and the bakery was right behind us.  With a solid fuel industrial oven, it did not make sense to shut it down over the Christmas bakers’ holiday that ran for at least three days. So it made sense to make use of otherwise wasted heat and so the neighbours came with their heavy baking trays early on Christmas morning.  A procession of turkeys, plump and spare.  Some of the really scrawny ones, we were, told were geese.  Initially, it was neighbours who didn’t have decent ovens of their own.  Then more and more thought they might as well use the communal facility especially since turkeys were said to cook so well and taste so good from the baker’s oven. Then it got a bit much and my mother resented the intrusion because turkeys did not arrive and depart in a single flock.  The door bell had to be answered over and over.  The large oven had to be opened and closed repeatedly.  A certain unseasonal irritation was in the air along with the strains of Handel.  Times changed. The bakery oven was upgraded from solid fuel to oil, home cookers got better and bigger and our Christmas day was no longer what might be called a baker’s version of a busman’s holiday. 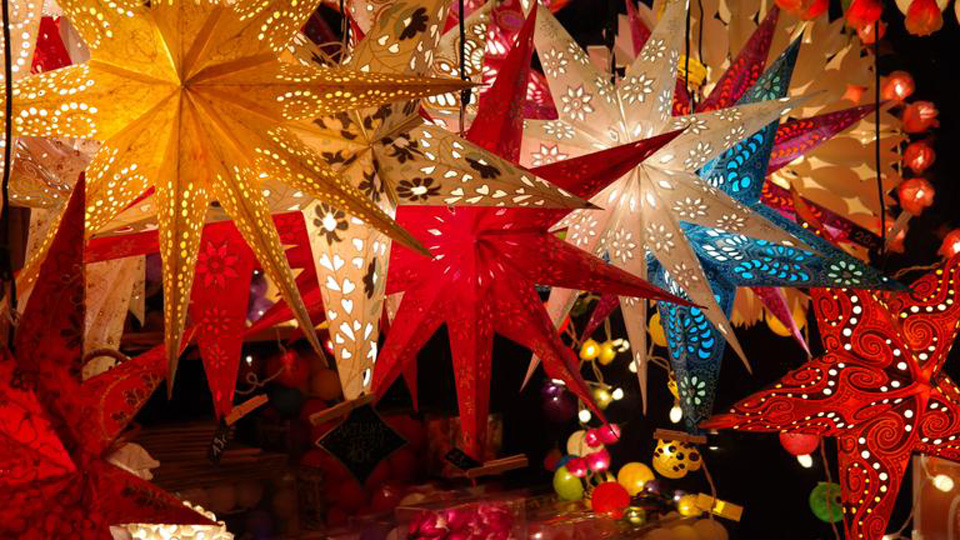 Like most families of the time, Christmas Day for us, once Mass was over, was a day for cocooning en famille.  Before the advent of television, children had their toys and the adults entertained themselves with music and books.  It was Messiah until we got to have a say and then albums of carols, old and newly purchased, made their way to the turntable. I remember the first time my father played Leontyne Price singing ‘Oh Holy Night’. I remember asking myself how it was possible for such musical bliss to exist without any of us knowing about it before. I can still vividly remember how Leontyne looked on the well thumbed album sleeve.  She was sumptuousness itself in flowing velvet and glossy black hair, bedecked with gold armbands, necklace and earrings.  A feast for both eyes and ears as I followed the needle winding its way along the track of the angelic melody.  It was mesmerising.  It was not the first musical epiphany I remember but it was and is the one that continues to resonate over the decades.  And no one has ever sung it like Leontyne Price. Not even Pavarotti. Because Leontyne came from the black musical tradition of the American South, every phrase is infused with something beyond mere artistry. She drew from the spiritual depths of a people for whom faith and song offered a window, a ‘charmed magic casement’, to the possibility of a better world. The poignancy of the words, ‘chains shall he break for the slave is our brother and in his name all oppression shall cease’, thrill with a power that goes beyond words and music.

Our world in the late 1950s wasn’t a dark place but it had its shadows.  Joy came in both small and great measure.  Small because it was not a time of plenty by any means.  But because of that, little things could mean a lot.  No more so than when they came from the very font of kindliness and benevolence itself, Santa Claus.  Joy was immense for the child who on Christmas morning beheld what they never before knew to even exist.  For me who never knew a doll to have more than the dress she arrived in I remember getting two cellophane fronted envelopes showing what appeared to be, but surely couldn’t be, a doll’s dress inside each one.  More decades later than I care to record, I can see mustard coloured cotton with tiny squares marked out with raised, vari-coloured embroidery thread. It was made up in a simple short sleeved dress that fitted the now shabbily dressed doll from last Christmas not quite to a T as I recall. The second dress was even more of a novelty.  I don’t remember the bodice but its dark blue skirt was circled with little white aeroplanes with tiny black windows that only a child, already swept into a magic world, would try to peer through.  They were beautiful, chosen by Santa, and it didn’t seem to matter whether they were ever worn or not.  I can remember fingering them appreciatively, fastening and unfastening them up as my father watched me and Handel’s great oratorio continued to roll towards its climactic  Amen.  I am sure there must be one or more arias filed in my memory with a link to two beautiful doll’s dresses but they are too deeply cached now for recall.  Handel’s Messiah has gathered many other associations for me over the years.  The most recdent and sad one was hearing Cara, who can no longer sing because of illness, singing the soprano part in St Peter’s and Paul’s Church in Cork a few years ago. 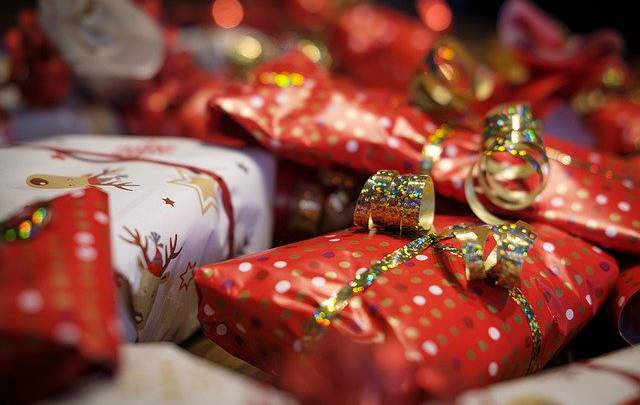 Another Christmas, what looked like a new doll turned out to be an old one wearing a lustrous, plaited wig.  After styling her hair in every way possible, an older child in the neighbourhood suggested a haircut.  She assured me the hair would grow back and I agreed. Some scissor work produced a jagged bob.  Joan, our house help, came on the scene and severely scolded the older girl.  My mother joined in.  She was banished and I was comforted but there was little need. Children don’t always see things the way adults do. I was happy to believe that a doll like a girl could have hair that would grow.  Santa brought this doll her hair. It took a while to be convinced that his powers had their limits.

Writing about the nature of joy, poet Patrick Kavanagh observed that ‘through a chink too wide, there comes no wonder’.  We are richer now than we were in 1950’s Ireland, but our children are not so easily enraptured.  Not with gifts, nor with anything else including music. Christmas music which means something very different in today’s secular world, cascades around them from late October.  For those who still hear sacred music at Christmas, they will have heard and perhaps sung Adeste Fiddles, from early December at concerts and carol services.  There is nothing that over familiarity can’t make stale. Decades ago, the Adeste was the arresting, gathering, summoning anthem of the first Mass of Christmas which for us was at eight o clock on Christmas Morning. The opening bars, from an organ on full throttle, played by my aunt Rita, the parish organist, was the stuff of goose bumps and opened up another kind of ‘magic casement’.  When the red caped apotheosis of Christmas joy and goodness had faded alongside little cotton dresses and shorn dolls’ wigs, our eyes and ears were led towards the awe and wonder of Bethlehem.  Here was the promise of even greater gifts.  Little children outgrow many things but the need for wonder and awe remains.  We seek it here and we seek it there. When we can’t find it anywhere else, it is often to music we turn which is why perhaps that recitals of Handel’s Messiah are still a feature of so many peoples’ Christmases. Even for those who do not formally or in any sense subscribe to the narrative it tells.  Churches that are rarely even quarter full are almost invariably over subscribed when they present their annual Messiah.

This year all that will be virtual of course. This year the real Christmases of the past will be recalled like never before. They will help us get through the strangest of times, unimaginable a mere year ago.

Warfield isn’t a victim of bigotry: He benefits from it

Prejudice towards Travellers – and poorer people – is still acceptable in Ireland