THOMAS J HOWLEY: The Wolf of Clontarf: the battle which led to the decline of the Vikings deserves further attention 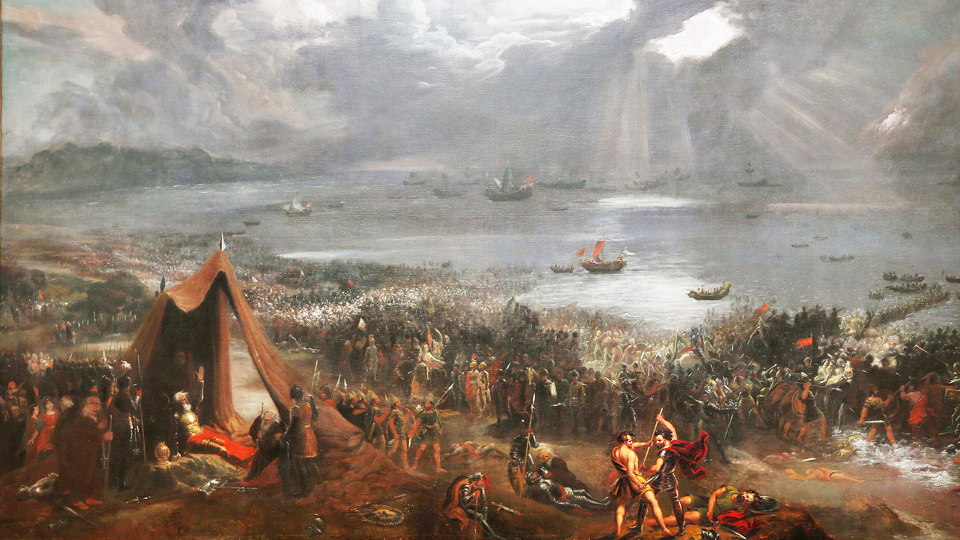 Photo Credit: Battle of Clontarf, oil on canvas painting by Hugh Frazer, 1826 in the Public Domain

Around the turn of the millennium, 1000 A.D., European civilization and all the rudiments of Greco-Roman and Judeo-Christian knowledge and tradition were on the verge of being violently extinguished. Historian, Richard Erdoes, details how the common people of Europe fully believed their world was coming to an end. Small wars among feuding Christian barons were common along with constant famines, plagues and starvation.

There were reports of fire-breathing dragons in the sky and storming rain showers of blood. Saint Anthony’s fire, a fungal disease, killed 40,000 people in southern France alone in 944AD.

Viking marauders were pouring down from the north, pillaging from Russia across Britannia and France to Iceland. Magyars and other pagan steppe riders from the east were only recently repelled before storming through France. From the Mideast and northern Africa, seemingly unstoppable, Islamic invaders were conquering in Spain and Sicily and probing in southern Italy. The Christian Greek Roman or “Byzantine” Empire was surrounded by Khanates, Emirates and Caliphates. Ireland, though small and relatively distant, shared in the dread of what may be coming.

Vikings, primarily from Denmark and Norway had been raiding along the Irish coast and up rivers from about the year 800. They had been expelled again and again but returned for plunder and often for mutually beneficial trade. In 919, they killed the Irish High King, Niall Glúndubh, in battle and it looked like Ireland might be lost. With a population of around 500,000, the Irish had over 150 “kings” who frequently fought among themselves. 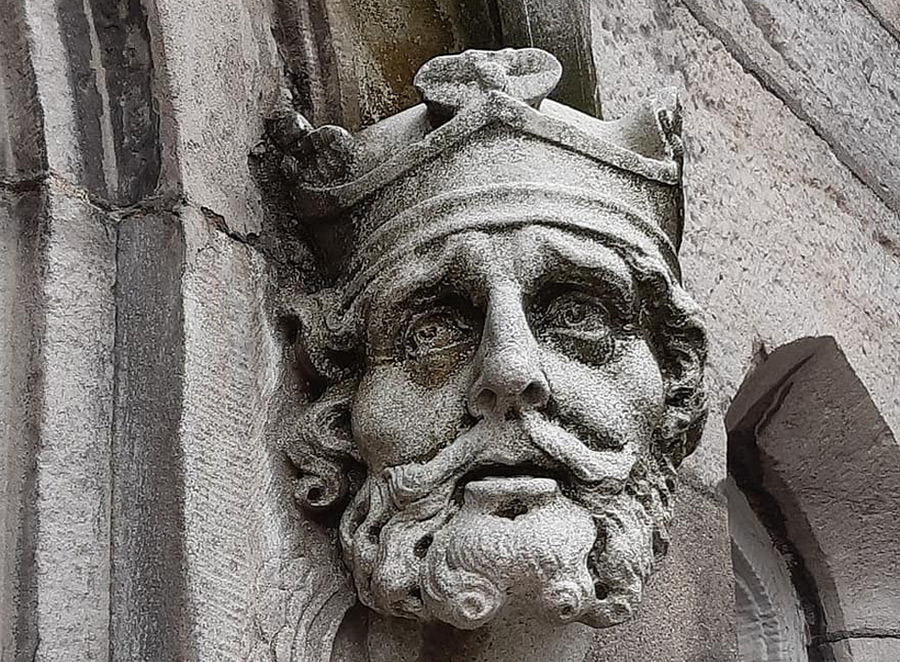 The Vikings established port trading settlements in Dublin, Waterford, Wexford, Limerick and Cork. But the Scandinavians had not been able to conquer Ireland as they did England, Russia and Normandy, and the Irish never paid ransom to the Viking raiders and war chiefs, as they did in France and England. Why was that?

There are a number of likely reasons. The Irish took these incursions seriously and counter-attacked with ferocious violence; notwithstanding internal Irish strife, they were united culturally and linguistically with a strong sense of ethnic cohesion and national identity, and there was never a collapse in Church organization as had occurred in England.

King Brian Ború (Brian Mac Cennetigh) had been a minor prince in Munster. His older brother Mathgamain (Mahon) defeated the Vikings of Limerick in battle in 967 and burnt down their port settlement. On the eve of the millennium in 999, Brian defeated a combined army of Dublin Vikings and their Leinster allies at Gleann Mama and moved on to sack Dublin. In 1002, Brian assumed the High Kingship of all Ireland and was proclaimed Imperator Scottorum in the annals. Viking King Sitric Silkbeard had been allowed by Brian to return to Dublin and resume governance there. Ironically Sitric was both King Brian’s son-in-law and son of Brian’s former wife.

King Sitric, his Dublin Vikings and his Leinster allies seethed in frustration at being subservient to a High King from Munster. Sitric, from his commercially lucrative position in Dublin, had many close trade and personal contacts among overseas Viking rulers and chieftains, especially the very powerful Vikings of the Isles – Hebrides, Orkneys and Man. Irish annals and Norse sagas claim Sitric prevailed upon some of these formidable figures to come to Ireland, throw out the now aging High King Brian and assume a new Viking High Kingship of Ireland. Two among these chieftains, Sigurd the Stout of the Isles and Brodir of Man were intensely interested in Sitric’s plan. Thus developed the impetus for the Battle of Clontarf in April 1014.

Viking and Irish annals and sagas and continental clerical chronicles claim others took the side of the Vikings to include Irish from Leinster, Normans, and Danish mercenaries who were now out of work since Danish King Sveyn Forkbeard had conquered Anglo-Saxon England the previous year. Some humorously claimed all the “Foreigners of the World” fought at Clontarf on one or the other side. Though some Vikings, especially rulers and chieftains, were starting to become Christian by 1014, many others resisted giving up the old gods, sometimes violently. Brodir and Sigurd were among them.

The two armies met on Good Friday 1014. Brian’s forces included his own Munstermen, allies from southern Connaught and Meath, some Viking allies from Man and reportedly Scots highlanders. The powerful Irish chieftains of the North stayed neutral. Most readers will know the battle was lengthy and vicious and the Viking invaders were virtually annihilated except for Sitric and some Dubliners who had wisely remained in the safety of fortified Dublin. The Irish also sustained terrible losses including King Brian himself.

The Vikings never again became an existential threat in Ireland after Clontarf, though the loss of King Brian also negated an early opportunity for a strong, united and powerful Irish nation. So, why when I was young and devouring military history books, did I never see an account of Clontarf in the many books on “most significant historical battles” and “most decisive battles of the middle ages?”

From about the 1600s to the beginning of the twentieth century the political, economic and academic elite of the “Ascendancy” determined what would be published, and a victorious battle that might be perceived as furthering national liberation and Irish sovereignty was not to be tolerated. Better to frame it as a “petty squabble between some minor Irish kings with a few Vikings on both sides.” And why does this same attitude continue among some of the new “elite” in Ireland? Perhaps because it wouldn’t be conducive to good “European citizenship” to have a classic and successful example of Irish resistance to foreign incursion which might “make the natives restless.” In any case, the story of King Brian and the Battle of Clontarf is an uplifting and stirring one. And it serves as the basis and inspiration for a rip-roaring historical adventure novel which I endeavor to deliver in “Wolf of Clontarf.”

Thomas J Howley is a retired U.S. Army officer from a Boston Irish immigrant family. His historical fiction novel, “Wolf of Clontarf – The Irish, the Vikings and the Foreigners of the World,” was published by Moonshine Cove Publishing LLC in May 2020.

7 of the best things to do at Christmas