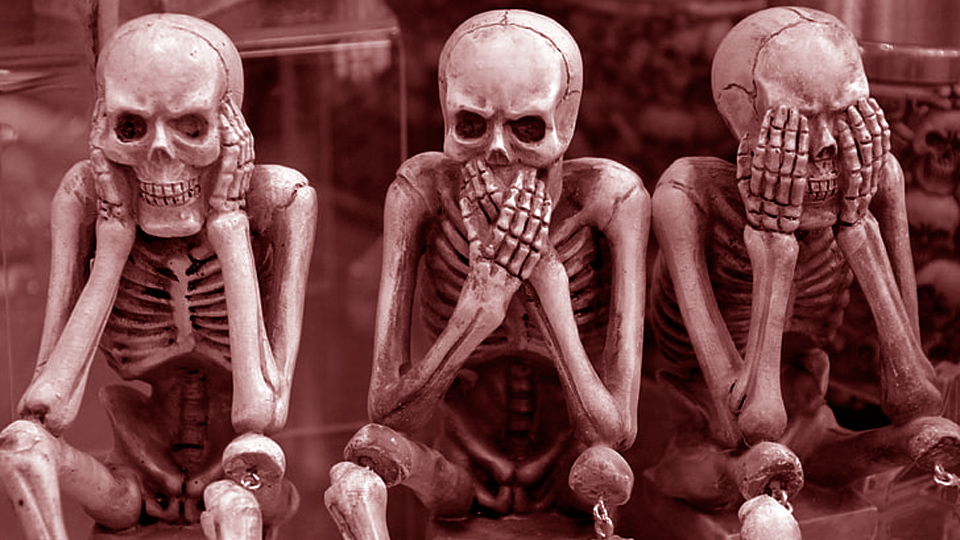 Last week, Taoiseach Michael Martin said he expects Ireland to be living with coronavirus restrictions until late 2021 or early 2022.
Deep breaths everyone, remember it’s all only temporary… but let’s backtrack a few months, shall we?

Back in March, what seems to have been another life, we were put on lockdown for two weeks. Nobody really objected to this, it seemed reasonable enough as we had all seen the images from Northern Italy where Covid19 had the health service at breaking point. We didn’t want a repeat of the same scenario here so we were asked to #stayhome to #flattenthecurve and like good little citizens, we did as we were told because of the untold damage that human contact and going about life as normal would have otherwise.

Luckily for us we didn’t have a repeat of what happened in Northern Italy, we didn’t even come close. We flattened the curve as we were asked to do, regardless of the impact on mental health, our economy, what the lockdown has done to our children and our elderly, missed cancer diagnoses and other health conditions left undetected as we were forced to stay inside. Even though we were worried about suicide, child abuse, domestic abuse, and the hundreds of thousands of jobs lost, it would all be worth it in the end, wouldn’t it? Because it was just temporary, and once the curve was flattened, we could return to our normal way of living. Isn’t that what they told us?

But here we are in September of 2020 with almost everyone wearing face masks regardless of whether they’re inside or outside. The Crescent Shopping Centre in Limerick is on par with a sci-fi novel, people have become afraid of other people for fear of catching a virus where the death toll is, in fact, substantially less than what we expected and almost always accompanied by an underlying condition. (That’s not to be careless of the importance of those lives lost or of people with underlying conditions, but it should prompt a discussion on a different alternative to a total lockdown.)

Anyone who speaks out against the mainstream media and questions these regulations are labelled as ‘far right’ even though politics has absolutely nothing to do with simply wanting one’s life back – even though, apparently, we are never going back to normal. According to Tedros Adhanom, Director General of the World Health Organization, finding a vaccine is not the goal anymore, reordering society is the goal as he stated “We will not, we cannot go back to the way things were”.

Growing numbers of people all over the world are now seriously asking what the hell is going on?
Is it time for all to step back for a few moments and realise that in the space of six months, our entire lives have been mandated.

We have come a long way since March of this year and in my opinion, definitely not for the greater good. It all went from flattening the curve to never being able to go back to the way things were. What a drastic change, but one might ask how did we get here and can we ever go back? It might sound cliché, but then again I’ve always been fond of an ‘ol cliché. The answer begins with each one of us. How far are each of us willing to go with these restrictions when there seems to be no end in sight, regardless of what our Taoiseach says?

How many of us realise that our government called on an independent expert Professor Carl Heneghan, Director of the University of Oxford’s centre for Evidence-Based Medicine, to speak at the Oireachtas Special Committee on Covid19 Response on the 13th August, almost a month ago now? He warned against “knee-jerk” reactions in dealing with Covid and said the evidence showed that cloth mask-wearing did not reduce infection rates. Prof Heneghan also pointed out that “people talk about the evidence, they have again cherry-picked low-quality, observational evidence to suit the argument.”

Professor Heneghan’s opinion on mask wearing is shared by many others including Beda M. Stadler, former Director of the University Institute of Immunology at the Insel Hospital in Bern, Switzerland among many others in the medical field.

Perhaps you didn’t hear about this from RTÉ, or the Irish Times, or the Independent? That’s because these stories are given very little coverage. Complete radio silence has been allocated to any medic speaking out against our newest mandates, and this trend doesn’t seem to be changing anytime soon.

I am not in a position to tell anyone what to do, I would need a medical degree or even a Dáil seat for such things. However, for the moment I still possess the freedom to express my opinion, and my opinion is that these regulations have gone entirely out of control and it doesn’t look like anyone in power is willing to pull the break on this. As for the public, it would appear the majority do not care and will nod along with every batshit crazy regulation our government comes out with next.

Just today, I enquired about signing my daughter up for a weekly dance class and was sent a Covid19 compliance form three pages long, 34 points in total. What struck me most was that playtime before and after class has been cancelled, toileting during class time is permitted only as an absolute necessity, masks are advisable across all age groups, parents are not permitted to enter the classroom under any circumstances, and a child with the slightest sign of Covid19 will be isolated until a parent can be notified to come and pick the child up.

The slightest sign of Covid19 includes a sneeze, a cough, or a runny nose.

I can just imagine the uproar if these same regulations had been emailed to parents prior to March of this year, but we have been nodding along without question for over half a year now, everyone just expects you to take whatever is coming on the chin all in the name of the greater good.

At any point are we going to wake up, bang our hands on the table, and say enough is enough, or have we become too stupefied to care?

Brexit deal is bad for Ireland, but what’s new?