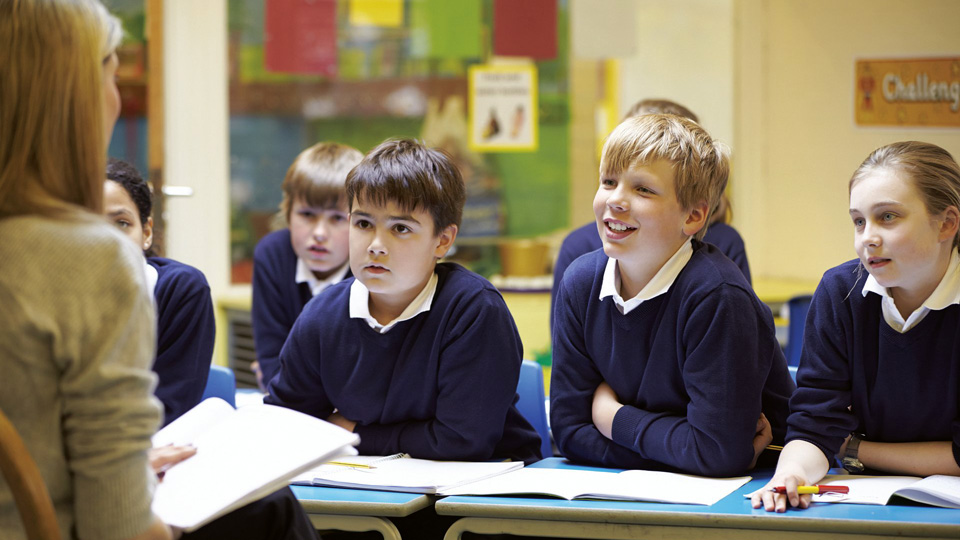 After many skirmishes along the boundaries between Church and State, between traditional faith values and post-modern liberal ones, it appears the question of who should control the Relationships and Sex Education (RSE) in Irish schools may be the one to finally draw a hard, new line in the sand between goverement and hierarchy. The question of what the Church is permitted to teach in its own historic bailiwicks is essentially what we have come down to.

The classroom in Catholic denominational schools has been, in theory at least, as much a platform for church teaching on faith and morals as the pulpit.  However the fact that denominational schools are publicly funded and open to children of all faiths and none -apart from a tiny number of oversubscribed schools in one area of Dublin- has always meant they were vulnerable to cultural shifts. Both sides agree there is a need to transfer a substantial number of denominational schools to secular management. However, when it comes to particular cases, individual schools are often resistant to change.

Many non-religious parents who send their children to Catholic schools do not find the faith ethos of such schools particularly oppressive. Nominally Catholic parents who would frankly admit their faith is of the a la carte variety are not made to feel uncomfortable either, mainly perhaps because the majority of teachers are cast in the same mould. More often than not, a la carte means it is the Church’s teaching on sexuality which is the doctrinal serving     most likely to be left languishing on the menu. So, the failure of the Church’s proposed RSE programme, Flourish, to affirm popular, liberal ideas about sex and family will leave many such parents more than usually conflicted.

But the LGBT+ programme, the government is pushing also offers a smorgsbörd of ideas that are more and less palatable to parents. Irish politicians like Leo Varadkar and Roisin Shortall are more doctrinaire than the bishops in demanding unqualified assent to the widening range of LGBT+ tenets. There can be no a la carte parents and teachers for Leo and Roisin. On the other hand, there have always been a la carte Catholics. There is, however, no such thing as a la carte Catholicism. The distinction is important.

The Catholic Church does not have authority to update its teaching as secular zeitgeists come and go. Its teachings originate outside itself.  It cannot change what it has always understood and always taught as foundational truths, preached or upheld by its divine founder. To do so would be not only to lose all credibility but to abandon its mission to preach the gospel both ‘in season and out’. The Church, however, does need to address the charge, from both within and without its own ranks, that the Gospel of love and mercy, preached by Jesus Christ, is somehow infiltrated with ancient, outdated prejudices that have no place in progressive societies.

The word ‘disorder’ in Church teaching applies to everything  that is contrary to what it teaches about sexuality and marriage. ‘Disorder’ is used in a formal, rather than pejorative sense, to describe what the Church recognises as rejection of the natural, social order based on the biological family which is in turn based on the lifelong union of one man and one woman. The Catholic Church is not alone in recognizing the foundational stability of the trans-generational family network, its role in building societies and civilizations and of course the Church itself.  Even though many outside the Church would also acknowledge this, the Church’s commitment to its teaching in its complex totality is still widely regarded as ‘hard’, harshly uncompromising, just as it was when the disciples demurred when Jesus spoke about divorce. He did not dissuade those who found his teaching impossible or unrealistic from walking away. They might be described as the first a la carte Christians.

To preach what the Church has always understood to be the moral order underpinning its faith is not to disallow other views in wider society. In our increasingly diverse and pluralist societies, there is space and tolerance for other modes of relationships and other expressions of sexuality. However, being asked to tolerate and accomodate is not the same as being asked to approve either explicitly or implicitly. That constitutes a violation of another kind of freedom, freedom of thought, expression and conscience which are also fundamentals in a diverse, democratic order.

Any democracy will have tensions between opposing and sometimes mutually undermining viewpoints. Freedom is not the pursuit of unanimity, less still conformity but Rosisin Shortall thinks the ‘public’ are unified, or should be unified, against Catholic teaching on sexuality. Who is ‘the public’ for Roisin Shortall?  It is doubtful if there is even majority support for, let alone a consensus around much of the State’s catechism of sexual  mores. That is why this is much more than a Church/State argument. There are parents of all faiths and none who have issues with the State’s approach to transgenderism in schools for instance. There are parents of all faiths and none who do not want their thirteen year old daughters sharing a school changing room or toilet with an adult, eighteen year old fellow student. There are parents of all faiths and none who would like their children to understand the amazing and rapid way life develops in the womb, to understand that abortion is not a neutral matter of ‘reproductive health’ but potentially a devastating, life changing experience for a girl. There are parents of all religious hues who do not want promiscuity normalised to avoid ‘shaming’ those who may feel judged as a consequence.  There are parents who do not want prostitution ro be re-characterised as ‘sex work’.  There are parents who believe that reproductive technology is not ethically neutral.  Such views own little if anything to religious influence.

That is why the RSE issue is more than a Church/State argument.  In the marriage referendum of 2015, almost 40% of the electorate held to the view that marriage was the union of one man and one woman.  in 2018 just over one third of the electorate rejected the government’s proposal to redefine abortion as ‘reproductive health’. Some of these voters were Catholics, whether of orthodox or a la carte variety. Many had no Catholic allegiance at all.  Do politicians like Leo Varadkar and Roisin Shorthall believe that the convictions of so many voters should be suppressed while they themselves loudly proclaim inclusiveness and diversity?

Many parents would have little objection to an RSE programme that teaches sex education in a genuinely objective, age appropriate, ethos-light way, leaving it to parents themselves and religious instruction programmes to offer an ethical framework. That is clearly not what the government wants to do however. Their whole approach is ethos saturated despite claims to objectivity.  If the Church can be said to have exceeded its remit in education as society secularises then the State is doing exactly the same thing.  But there remains an even wider dimension to this debate.

The overriding issue is the legitimacy of dissent in a democracy.  Conflicts like this are not unique to Ireland of course but in Ireland they seem to have advanced to a level of confrontation that requires either determined counter attack or strategic retreat. The Catholic Church may be the first to give way.   But this battle is part of a wider ideological war.  It will not be the end of the advance of post-modern ideology but the Church’s capitulation will surely make that advance a whole lot easier.