“The polls are wrong”: Martin says he “doesn’t believe” that FF support is at 11% 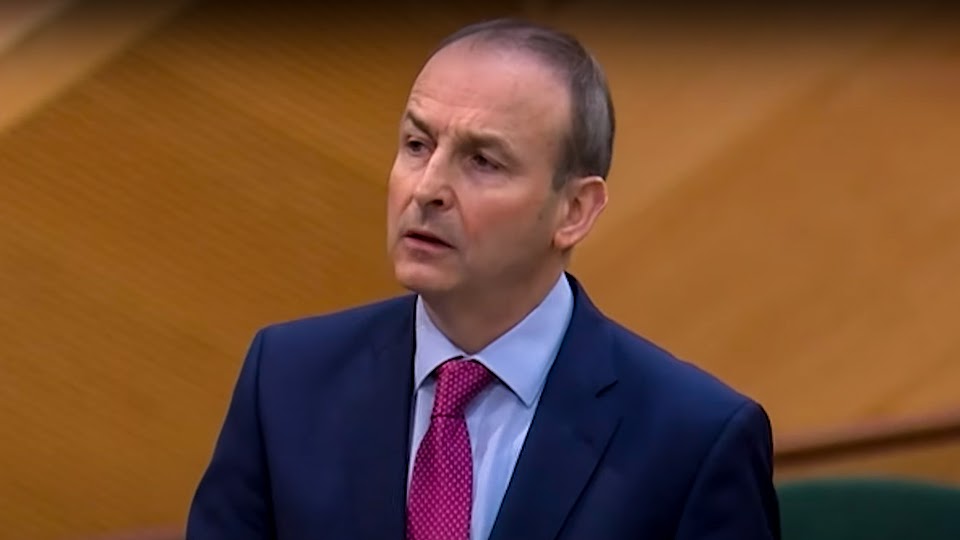 Taoiseach Micheál Martin has said he doesn’t believe that his party is at 11% nationally, after a recent RedC poll indicated a catastrophic slump in the party’s support.

“You’re a politician to your fingertips,” said interviewer Matt Cooper during an interview with an Taoiseach on Virgin Media’s The Tonight Show.

“You’re a veteran of politics. And you see Fianna Fáil at about 11% in the polls, and you hear all of the rumblings about challenges to your leadership, and all the rest of it. Surely there must be a fear in the back of your mind that no matter what you do, and how successful you think you are in doing it, that you’re still going to be punished? Not just by the electorate, but by your own party.”

“Well, by the name of God, look at the opinion polls before the last general election,” Martin said with a smirk.

“Did they bear any relation to the outcome? No, they didn’t.”

However, mere days before the 2020 General Election, a RedC poll of who voters intended to give their first preference vote to had Fianna Fáil tied with Sinn Féin at 24% each. In reality on the day, Fianna Fáil ended up returning 38 seats in total, with Sinn Féin returning 37. In other words, each party controlled just over 23% of Dáil seats – just 1% shy of RedC’s prediction.

RedC First Preference voting intentions from a few days before the 2020 General Election.

“Are you saying the polls are wrong?”, asked Cooper.

“Yes! And that’s my point – they have been wrong,” said the Taoiseach.

At this point, Cooper pointed out that at the last election the polls had Fianna Fáil at a higher percentage than was represented on the day.

“Polls for all the parties [were wrong] – I mean, look where Fine Gael were before the last general election,” Martin replied.

“We have a very strong parliamentary party – a lot of talent there, a lot of able-bodied people. Unity of purpose, belief in themselves. They will be re-elected, whenever the election comes – but it’s about 4 years away. So that’s my view on that.”

PROFILE: The inside story of Kate O’Connell’s fall