The law is an ass when it comes to Mass 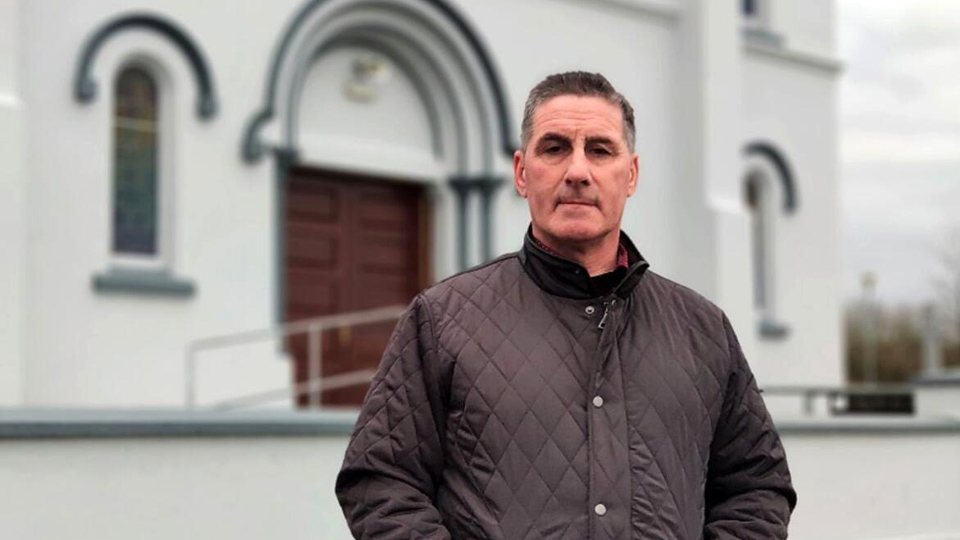 Fr. PJ Hughes was fined 500 euro and threatened with arrest for saying Mass to a handful of parishioners in Co. Cavan yet in Knock, over the Easter weekend, a greater number were present in the Basilica for the Good Friday solemnities yet there was no word from the Gardai. The presence of RTÉ transforms the Mass from a public health risk into a public good.

Yes, it is a good thing that the national broadcaster was screening Mass from what is now an International Shrine, but it is an anomaly that there were over twenty people in the Basilica for the Mass: a number of priests, a few readers, a reasonable sized Choir, along the RTÉ cameramen and producers and whoever else was milling around behind the scenes.

A total of twenty people would likely be a conservative estimate.

And there is nothing wrong with this. Fr. Richard Gibbons led a very well organised Passion of the Lord, including an excellent Homily. The Holy Choir provided beautiful singing with mournful organ accompaniment. The Cross was venerated as it should be every Good Friday, but from a distance by the concelebrants of the Mass, and virtually by those of us that were looking in via the television or internet. Spiritual Communion was offered for yet again, for what seems like an eternity.

But why was it not possible for the public to be there? Why is possible for more than 20 people to be in the Basilica for this Mass but not in any other Church around the country? The law has made public worship illegal. For nine months out of the last year, religious observers have been unable to worship in communion with each other, and this has continued over Easter for the second year in a row.

But suddenly, we are supposed to believe the public health risk disappears when the national broadcaster comes to town? It is not public worship but there are a crowd of people partaking in the Mass.

What is supposed to be the critical difference?

The risk of the virus spreading is hardly any different whether RTÉ is present or not. Do the cameras scare off the virus? No.

Are we supposed to believe that the people partaking are less likely to be carrying the virus? Or that they have went through some special training? Or that the general public cannot be trusted not to spread the virus in the Basilica? Or that Mass-goers are some sort of uncontrollable brainless rabble that can’t stop themselves from climbing all over each other as has been implied by the public health ‘concern’ of people ‘congregating’ outside Churches after socially-distant services end?

Of course not. The risk, the threat, all remains the same. The difference is that the Government says that public broadcasting and TV production is an essential service while public worship is not. So, now we get the ridiculous situation where the same activity that would be illegal, a public health risk and a penal offence if carried out without the presence of RTÉ cameras, is transformed – transubstantiated, even – into a legal, risk-free, public good.

This is not a call for the public broadcasting of Mass to be stopped for public health reasons. Not at all. In the absence of anything else, the broadcasting of Mass whether on the internet of TV is welcome. But the magic that apparently takes place when the cameras roll in demonstrates that the law is an ass when it comes to public worship. For too long this insult has been accepted by too many. For too long there has been an acceptance of solidarity for the common the good at the expense of the right to publicly practice religious faith. It has gone on too long. The government has refused to provide any justification for it; refusing to answer questions even in the Oireachtas, and refused to provide statistics that demonstrate the level of transmission in Churches when they were open which justify the denial of basic human right – enshrined in the Constitution and in international human rights conventions.

On a crisp, warm Good Friday, normally the Archbishop of Dublin would lead the Stations of the Cross in the Phoenix Park. This year, there was none, yet there were crowds of people lounging on the grass all over the park, no social distancing and no masks. On Good Friday, RTÉ news reported about the ‘mobile music machine’ that has been bringing delight to residents at the Havenview residential centre, one of hundreds of concerts for residents of care homes across the country – all funded by the HSE. A wonderful idea which no doubt lifts the spirits, held outdoors, socially distanced, in the fresh air, minimising risk but surely not eliminating it?

But for some reason, while these activities are sanctioned, approved and funded by the government, while the same government continues to forbid public religious worship of any sort and threatens those to think about partaking with penal sanctions.

Enough is enough. The government continues to do nothing more than give two fingers to religion and to its citizens who wish to practice their religion. The public health argument has worn too thin when you can gather in the presence of the Gardai in the Phoenix Park with cans but cannot go to Mass; you can queue in Tesco’s with fifty other people to pay for your purchases pre-handled by who-knows-how-many but cannot queue to venerate the Cross where your Lord and Saviour was put to death; you can go into a coffee shop and pick up your drink of choice with a snack, but you cannot go into a Church to receive the Bread of Life.

The Greens: You’ll never believe what our latest dumb idea is