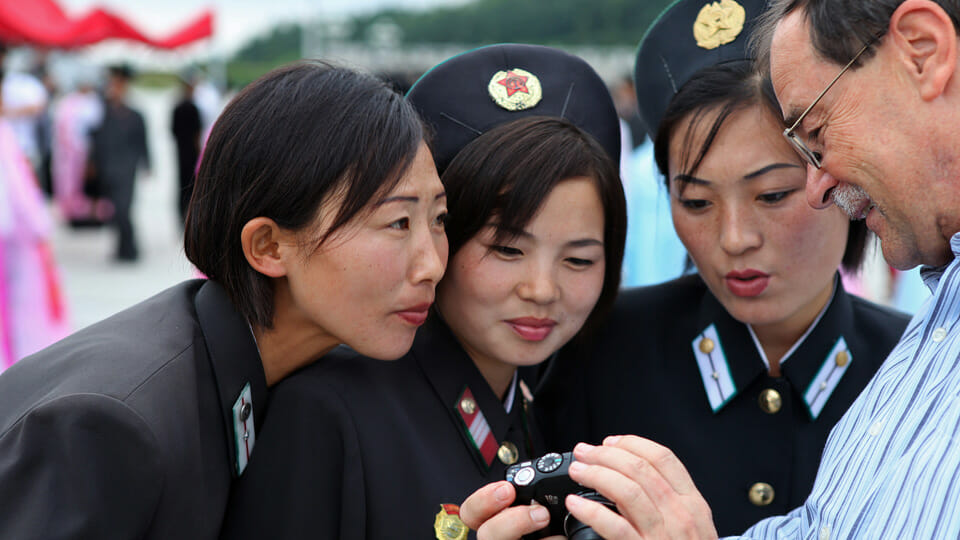 No one quite knows what is going on in North Korea (although Michael Palin does have a book out which may be illuminating…but probably won’t be). Thus, when it comes to its population and predicted trends, it is hard to be sure just what the real story in in the Hermit Kingdom. But, from what can be deduced, it seems as if North Korea is following in its southern neighbour’s demographic footsteps.

Currently, North Korea has a population of around 25 million, about half that of the South. These figures are from the CIA and are conjectures, because the North has not conducted a census for over a decade. There was one planned for 2018 but it was cancelled after Seoul cut funding for fear of breaching international sanctions on the North. The last official census was in 2008 when the population was said to be over 24 million. But these figures were believed to have been inflated to hide the effects of a famine in the country which had killed up to one million people. (A study in 2002 estimated that nearly 39 per cent of the country’s population was stunted with below average height due to chronic malnutrition.) Before that, in 1994 the country’s first official census showed that the population was around 21 million. But that count too must be taken with some caution since “a large chunk of military-age women being removed from the count to hide the corresponding proportion of military-age men.”

According to UN data, the North Korean fertility rate has dipped below the replacement rate of 2.1 children per woman. It sits at around 1.9 which is positively fecund compared to South Korea’s rate of 0.98. Anecdotal evidence suggests that North Korean families hesitate having more than one child due to the cost of education and child rearing. These concerns must be fairly strong because the state has reportedly denied access to contraceptives and has prohibited abortion and has ramped these measures up in response to the declining birthrate.

This declining birthrate is going to result in the North’s population starting to decline from 2044, 20 years later than the South. Yet unlike its Asian neighbors, such as Japan, North Korea is unlikely to be able to offset this natural decline by attracting an influx of foreign workers, while it also lacks the financial resources to support child-rearing.

But what about the possibility of the unification of the Korean peninsula? Would this reverse the decline? Unfortunately, the example of Germany suggests otherwise. Reunification of Germany led to a rapid decline in the fertility rate in eastern Germany until it fell to 0.8. It has recovered since then to around 1.6, but still below the replacement level. Troy Stangarone, senior director and fellow at the Korea Economic Institute of America, argues that “there is little indication that one could expect birth rates in the North to increase significantly once unification or economic integration occurred.”

Currently the North’s demographics give it some political leverage thanks to its stronger population growth than the South, this could soon dissipate as its population growth continues to decline. With as many as 30 per cent of its citizens either active or reserve military personnel, the Kim dynasty’s military and geopolitical is heavily reliant on its population strength. The worry is how the North Korea’s leaders will react to this demographic pressure in the future (when added to its ongoing political isolation and economic catastrophe).

California is burning – and politicians are weaponising it